Just a few minutes ago, I got a notification from Space.com stating that the Arecibo Observatory will be, sadly, decommissioned due to extensive damage to its structure. So, with the loss of one of the world's largest telescopes, we will be put at a setback in space exploration and astronomy. What will succeed Arecibo and when will this happen?

There's no simple answer. In the immediate future, different radio telescopes around the world will pick up the slack in various ways; how that happens will depend on the needs of individual observers and collaborations. Unless someone was to build an identical observatory at the same latitude as Arecibo, with the same frequency range, receiver options and field of view . . . we'll have to spread out the observing. Given that we didn't really expect to lose Arecibo for more than about a year$^{\dagger}$, there are a lot of things up in the air. Insert "probably" and "maybe" into this answer wherever you please.

I do pulsar timing, so I'll talk about what a future without Arecibo might look like from our perspective. My collaboration's two main instruments were Arecibo and the 100-meter Green Bank Telescope (GBT), with roughly half of the observing time at Arecibo and half at the GBT. There aren't firm plans in place for the exact strategy we'll take going forward, but we'll have to decrease our observing cadence at the GBT (i.e. how often we observe certain pulsars) so we can use some of the time to observe pulsars we'd normally observe using Arecibo. So the GBT can take some of the load, but as we only have a finite amount of observing time, that impacts our other observations. We'll likely have to decrease the cadence of observations and the number of pulsars we monitor regularly.

Pulsar timing arrays will also have options with other existing instruments in the immediate future. A key one is the Canadian Hydrogen Intensity Mapping Experiment (CHIME) in Canada. The folks at CHIME will actually be able to observe all of our northern hemisphere pulsars (CHIME Pulsar Collaboration, 2017), which is excellent. In the short-term, CHIME will slightly lessen the burden of losing Arecibo. We've also done a little bit of timing with the Very Large Array, although I don't think that'll be a major player in the future.

That brings us to telescopes currently in the planning stages or under construction. The DSA-2000 (Hallinan et al. 2019) will hopefully see first light in the late 2020s and would likely become a major part of our ongoing observations. The Square Kilometer Array will also be extremely important for radio astronomy as a whole - I don't know whether we in particular will be using it a lot. The SKA should also reach completion in the next decade.

These are just the current potential options from my corner of the astronomical world - and they're quite tentative. Arecibo was our most-used screwdriver in the toolbox, so we've certainly been hit. We'll hopefully be able to somewhat supplement the GBT with CHIME and ideally DSA-2000 a decade from now - so in that sense, those will effectively succeed Arecibo for our observations. In reality, all that means is that we won't lose quite as much of our observing capacity - but it doesn't come close to making up for the loss. Other collaborations and astronomers will presumably increase their usage at the observatories that are best equipped for their observations, depending on frontend/backend requirements and field of view.

It's not going to be fun. We'll be set back. But science will go on. We'll figure it out.

It's worth updating this answer now that the white paper for the proposed Next Generation Arecibo Telescope (NGAT) has been released. The Arecibo Observatory has proposed a phased array of small dishes mounted on a circular platform ~300 meters in diameter (or potentially multiple smaller platforms) which would be angled in various directions to provide reasonable sky coverage. One variant involved 1,112 9-meter dishes, as smaller dishes provide a higher packing efficiency and therefore maximize collecting area. Regardless of the precise configuration, the sinkhole that housed the former 305-meter dish would ideally be the new array's home.

The aim is for frequency coverage from 200 MHz to 30 GHz via four broadband receivers and a frequency-dependent field of view ranging from 6 degrees at 300 MHz to 3.5 arcminutes at 30 GHz, a significant field of view increase over its predecessor by a factor of 500. The dishes would also be equipped with transmitters for radar observations.

Whether the NGAT will be built is a question for which nobody has any answers just yet. It would cost roughly $450 million, which could take money away from other projects unless it received special Congressional funding or support from private sources. Additionally, the setup has not been tested on such a large scale, so there are some technical and engineering concerns (the group did consider but reject single-dish and classical array designs). All that said, the design was put together in an impressively short amount of time, and even if the NGAT isn't build, the scientific considerations that went into it may inspire future designs for replacement telescopes at Arecibo.

$^{\dagger}$ This isn't totally true - a scenario where we lose Arecibo had already been studied in detail. But . . . I think a lot of folks felt that it was more likely that it would be out of commission for a bit but could be salvaged in some way, and hopefully brought back online before too long. This was not the Thursday we were expecting.

As you said, the loss of Arecibo will definitely put a dent in the field of radio astronomy. As for what will help take its place - there are a couple options.

Green Bank Observatory has been and still is quite a widely-used radio observatory. It helps in many initiatives, not limited to but including Breakthrough Listen. I know there are many people who work at/with Arecibo who are connected in various ways to Green Bank, so I imagine some of the observational responsibilities/tasks or projects might end up in the hands of Green Bank.

In addition, the Allen Telescope Array is currently undergoing refurbishment to be used on a larger scale for observing various radio sources - eg. FRB's. I would think that in the near future, when things get up to scale and ready for use, the ATA would also help fill in the void that the loss of Arecibo has created.

I think it's also worth mentioning FAST - China's Five Hundred Meter Aperture Spherical Telescope. The name is a bit misleading, since the aperture that the telescope uses isn't 500 meters in diameter, but it has been discovering pulsars at a pretty fast (pun intended) rate over the past few years. You can see their discoveries here.

And, as I'm sure many of you in the radio astronomy world have heard, the Square Kilometer Array is projected to have its first light in 2027. It will be the largest and most powerful/sensitive radio telescope ever created when it is finished, and will most certainly be invaluable to the field of radio astronomy.

The big loss is to radar astronomy. Arecibo was one of only two radar telescopes in the world in regular use, and was by far the more powerful: a 300 meter antenna and megawatt transmitter, versus Goldstone's 70-meter antenna and 500-kilowatt transmitter. I'm not aware of any plans for successors: FAST can't be fitted with a transmitter without a complete reconstruction of the receiver platform, and none of the other dishes even comes close to Arecibo's size.

(As already mentioned in this answer) One of Arecibo's uses was as a powerful transmitter for radar astronomy. For more on that see

Well it seems that the iconic Green Bank (Radio) Telescope (website) has now been fitted with a transmitter in order to beam powerful, well collimated radar pulses into space for the purposes of radar astronomy!

Per this press release:

The proof-of-concept test, culminating a two-year effort, paves the way for designing a more powerful transmitter for the telescope. More power will allow enhanced detection and imaging of small objects passing by the Earth, moons orbiting around other planets and other debris in the Solar System.

The technology was developed as part of a cooperative research and development agreement between NRAO, GBO, and Raytheon.

“This project opens a whole new range of capabilities for both NRAO and GBO,” said Tony Beasley, director of the National Radio Astronomy Observatory and vice president for Radio Astronomy at Associated Universities, Inc. (AUI). “We’ve participated before in important radar studies of the Solar System, but turning the GBT into a steerable planetary radar transmitter will greatly expand our ability to pursue intriguing new lines of research.”

Using the information collected with this latest test, the participants will finalize a plan to develop a 500-kilowatt, high-power radar system that can image objects in the Solar System with unprecedented detail and sensitivity. The increased performance also will allow astronomers to use radar signals as far away as the orbits of Uranus and Neptune, increasing our understanding of the Solar System.

“The planned system will be a leap forward in radar science, allowing access to never before seen features of the Solar System from right here on Earth,” said Karen O’Neil, the Green Bank Observatory site director.

GBT-VLBA radar image of the region where Apollo 15 landed in 1971. The snake-like feature is Hadley Rille, a remnant of ancient volcanic activity, probably a collapsed lava tube. The crater at top, alongside the rille, is called Hadley C and is about 6 kilometers in diameter. This image shows objects as small as 5 meters across. 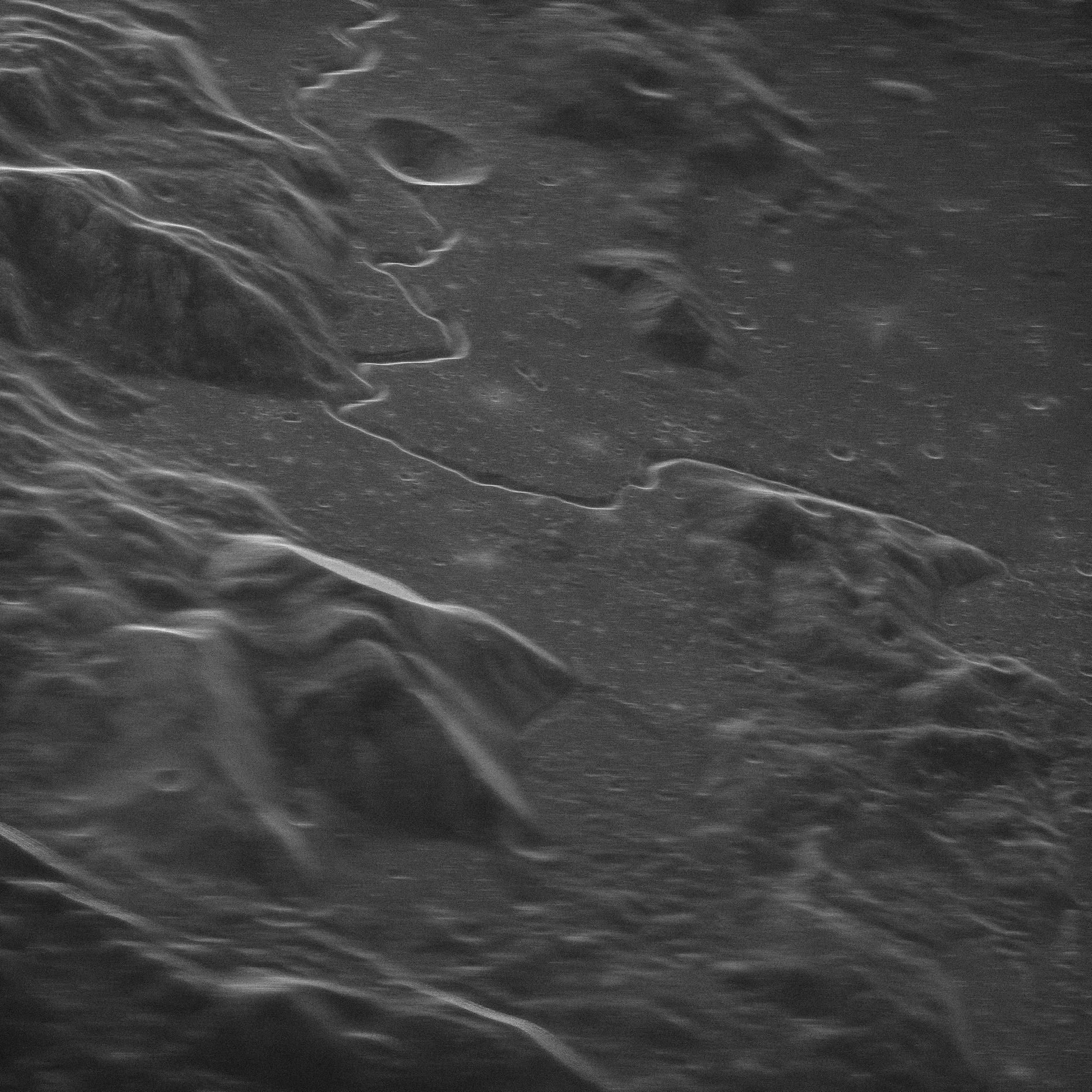 Not the answer you're looking for? Browse other questions tagged telescope radio-astronomy radio-telescope observatory or ask your own question.

52
Is there any role today that would justify building a large single dish radio telescope to replace Arecibo?
28
Could we carve a large radio dish in the Antarctic ice?
12
How did Arecibo detect methane lakes on Titan, and image Saturn's rings?
5
Building a floating, ocean-going giant radio telescope?
5
Why is Saturn invisible in this radar image of its rings?
3
Current topics on Radio Astronomy and looking for advice
2
How can we install a radar on radio telescopes like FAST or GMRT?
2
What are recent discoveries with Earth-based radar telescopes?