Can a star emit heat but no visible light?

Can a star emit enough heat to allow human life on its planets, however emit no visible light? If so, what problems would this pose?

The minimum temperature of an object classed as a "star" is something like 2700 K. Such an object, although emitting the bulk of its radiation in the infrared, would still emit something like a few per cent of its energy at visible wavelengths.

Note that the visible and near infrared spectra of cool stars are nothing like blackbodies, so if the calculation is important then you would need to look carefully at empirical or model spectra.

Lower temperature objects do exist - these are called brown dwarfs. Some have (a subset called Y dwarfs) been found that are only a few hundred kelvins, so a planet could orbit not far above their surface and receive a kW per square metre of infrared light.

A plausible scenario might be a brown dwarf of spectral type T7 (a T-dwarf), with a temperature of about 1000 K (e.g. Burgasser et al. 2002). Such an object has a luminosity of only $\sim 10^{-5} L_\odot$, so a planet would have to orbit at about 0.003 au (about 0.5 million km) to receive the same bolometric flux as does the Earth from the Sun. Such objects cannot be described as "invisible" at visible wavelengths, but a typical $R-J$ (red minus near infrared colour) is about 9 or 10 - indicating that there is thousands of times more flux in the near infrared than there is in the red part of the spectrum. An example of the spectrum of such an object is shown below (GL229b is a T7 brown dwarf). Note how the spectrum is nothing like a blackbody. 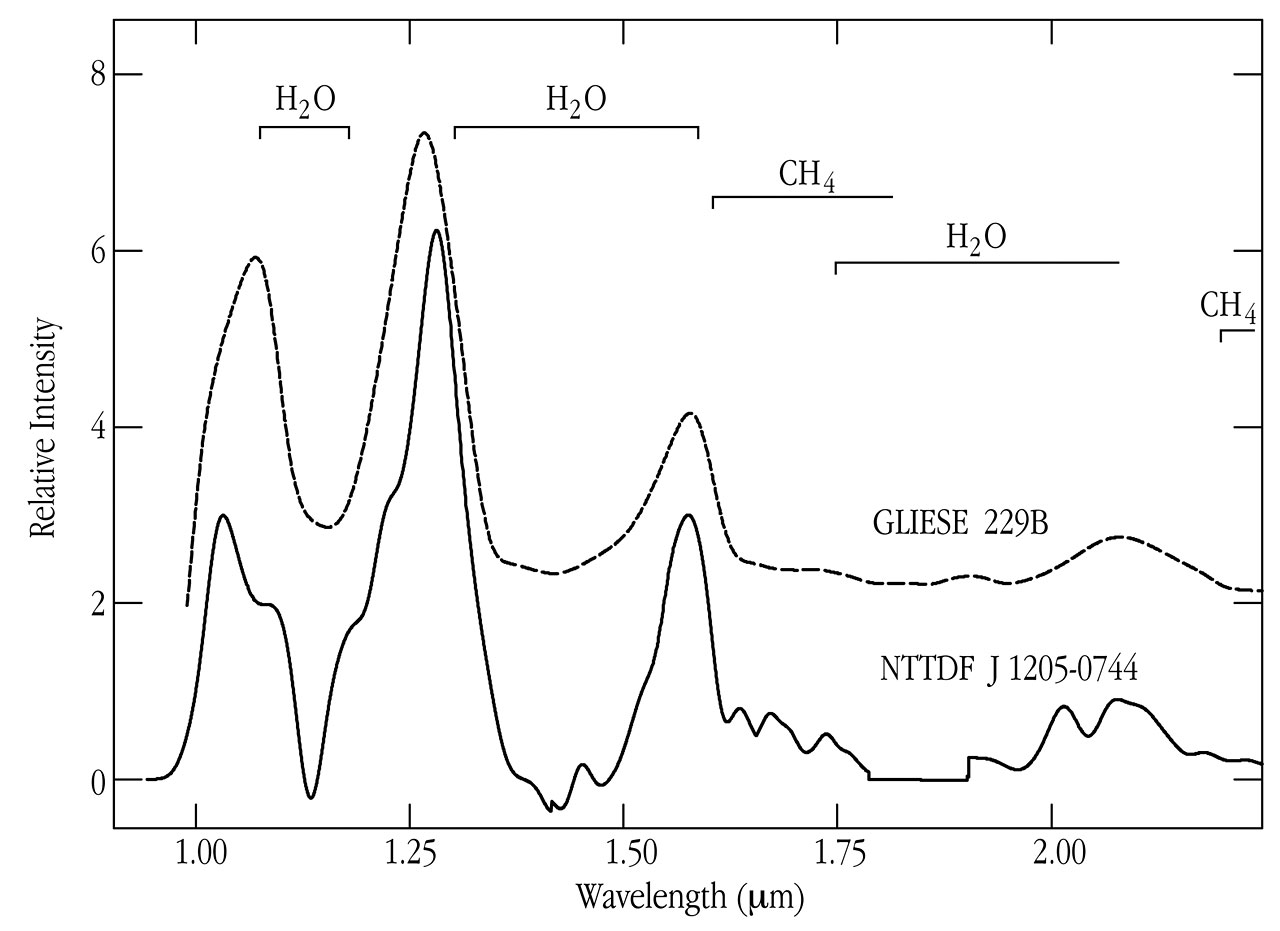 Edit: There is likely a limit to how close a planet can get to its parent body, depending on a comparison of its density with the density of "star" it is orbiting. Too close and it will break up due to tidal forces, but for an Earth-like planet, whch would be less dense than a brown dwarf or of similar density to a very low-mass star, then that limit is either about a stellar radius above it or very close to the surface respectively.

Edit 2: NB cool white dwarf stars might be considered, but the oldest, coldest ones in the Galaxy are still around 3500 K and their spectrum encroaches significantly into the visible band. It is possible though that the most massive white dwarfs ($>1 M_\odot$) in old binary systems could be cooler than 3000 K, though no definitive detection has been made (e.g. Kaplan et al. 2014).

The short answer is no.

The spectrum of electromagnetic radiation emitted by a body follows a curve that depends on its temperature. This is called its “blackbody radiation.” Even for objects whose blackbody curve peaks in the infrared (heat) portion of the spectrum, there is a small but significant portion of the curve also in the visible spectrum. You can see an interactive simulation at https://phet.colorado.edu/sims/html/blackbody-spectrum/latest/blackbody-spectrum_en.html

Using this tool, we see that in order to have almost no part of its blackbody curve in the visible spectrum, an object needs to be rather “cold”—even a lightbulb (the old kind; not the more modern LED or compact fluorescent) is hot enough to emit a significant amount of visible radiation; anything hotter will emit more and more in the visible spectrum.

Obviously, having a lightbulb as a “star” wouldn’t provide enough heat to any planet orbiting it…

Possibly a planet could be habitable to humans while having some layers of chemicals or dust in its atmosphere that block out all visible wavelengths of light. However, someone else would have to design such an atmosphere.

Perhaps the "planet" could actually be a giant exomoon oriting a giant exoplanet in another star system.

And possibly all the heat of the exomoon would come from inside it. Tidal interactions with the planet and with other large moons of the planet could produce a lot of internal heat to warm up the surface of the exomoon so life was possible.

I believe it has been calculated that if such a planet sized exomoon of a giant exoplanet orbited too close to it's planet, it would have too much tidal heating and suffer a runaway greenhouse effect and become too hot for life. So an exomoon orbiting somewhat outside that minimum distance should have enough tidal heating to raise it's surface temperature to be suitable for life, regardless of how little radiation it received from its star.

To avoid even a small percentage of light from the star reaching through the possibly opaque atmosphere one could avoid having a star. Perhaps the giant exoplanet and its habitable exomoon are rogue planets wandering in interstellar space light years from the nearest star. Thus the light that reaches the upper atmosphere of the planet would be star light, and it would be rather easy to filter out such dim light with atmopsheric layers.

But without intense sunlight, there wouldn't be any photosynthesis, and the free oxygen in the atmosphere of Earth is believed to have been produced by photosynthesis. An oxygen rich atmosphere is necessary to provide sufficient energy for large landbased life forms.

So a writer of a story set on such a world would have to:

One) find a plausible natural method of producing an oxygen rich atmosphere without photosynthesis,

Two) explain that some advanced civilization terraformed the world and gave it an oxygen rich atmosphere,

Three) find a plausible replacement for oxygen in the biochemestry of the alien life on that world.

And another problem is that in a world without visible light frequencies reaching the surface but with temperatures similar to Earth, many of the animals would have eyes that see the infra red radiation that all the objects and lifeforms emit at temperatures similar to those of Earth. So unless a writer plans to give his creatures infra red vision, no world warm enough for liquid water and for Earth like life will be dark enough for his purposes.

If every source of visible radiation is cut off, the lifeforms will evolve eyes capable of seeing with infra red light emitted by all objects at Earth like temperatures.

What if the star was surrounded by a large dust cloud? Then the visible radiation would get stopped, while the dust cloud would eventually heat up and emit the infrared. The cloud could be orders of magnitude larger than the star, which means that the energy into the dust cloud is still equal to the energy out, just in different frequencies. In fact, the dust cloud wouldn't have to even be completely spherical. It could just be a donut that sat between the star and the planet, while regular radiation escaped the star at the poles.

Not the answer you're looking for? Browse other questions tagged star light heat .

1
What is visible light colour output of different stars?
12
Is there enough hydrogen left after a star dies so another star will have enough to light up?
3
Is there a type of star that emits relatively monochromatic visible light?
3
Can some stars not emit any energy in the visible spectrum?
6
Is there an example of a star that is already dead, but can still be seen on Earth?
43
How old is the oldest light visible from Earth?
3
Is there enough light to grow plants in the ocean of Europa?
2
How do radio telescopes gather information about visible light?
4
How can we know if a star which is visible in our night sky goes supernova?