In 2006, the IAU produced a definition of what it is to be a planet. This definition famously excludes Pluto, to the disarray of this small body's fans.

Before this decision, what was the definition of a planet?

I think this deserves a bit more of an answer because it's not quite so simple. Yes, it's true that there was no formal definition of what a planet was prior to the 2006 vote, but essentially everyone knew what was and wasn't a planet, just as we know what is and isn't a star, though the boundary of when it stops being a very heavy gas giant planet and stars being a brown dwarf star, or likewise, the boundary between hottest brown dwarf and coolest red dwarf is basically arbitrary. Definitions are useful but at times, inevitably arbitrary.

I'm reminded of Plato when he said

"Man is a featherless biped"

His students accepted the definition until Diogenes plucked a chicken and brought it into Plato's Academy, saying,

After this incident, Plato added "with broad flat nails".

Little did Plato realize that there were some bipedal apes that still qualified as human with his new definition.

A more recent definition that Man is the only animal that fashions his own tools, goes back to Thomas Carlyle, and it worked for a while, until it was pointed out by Louis Leakey, based on observations by his protégé, Jane Goodall, that some chimpanzees fashioned and used tools of their own making. So, back to the definition drawing board.

The irony to both these stories is that no person of any intelligence would have confused a plucked chicken or a chimpanzee using a tool with a human. We didn't need either definition, though, to be fair to Thomas Carlyle, I think his quote reads as much about praise for the benefits of making and using tools more than it's meant as an infallible definition of man. My point? Definitions can be problematic.

Lets consider the case of the comet, I mean, planet, I mean asteroid, I mean, dwarf planet Ceres. It's been all 4 of those things depending on time period. Ceres was a planet from 1801 until the 1850s when it was demoted to asteroid. The largest asteroid, but still, one of a few large asteroids in the asteroid belt. It wasn't just Ceres smaller size that did it in, but also, the discovery of other good sized bodies in the same general region of space. These larger asteroids were closer to Ceres in size than Ceres is to Mercury.

And what about Mercury? Surely Mercury has more in common with Ceres than it does with Jupiter and Jupiter and Saturn have moons larger than Mercury.

That said, neither Jupiter nor Saturn's large moons are even half the mass of Mercury. Mercury also has a large Iron core. It's core alone is more massive than Ganymede. Mercury has a lot going for it that Pluto does not. There are at least dozens, possibly hundreds of bodies in the solar system similar to Pluto and Ceres, but there are just 4 known bodies similar to Mercury. Mercury checks a lot of boxes.

Before 2006, there may have been no formal definition of a planet, but there was a general agreement of what a planet and there was debate. Scientists argued for the removal of Pluto from the list of planets prior to 2006.

One of the problems was the excitement that was generated when Pluto was discovered. The initial calculation estimated Pluto's mass to be about 6 times that of Earth. (I'm curious why they were so wrong).

Initial observations of Pluto's distance and brightness still gave it an estimated size similar to Earth and I remember when I was first learning about the planets in School, Mercury, not Pluto, was the smallest planet. Pluto was - from memory, about the size of Mars. Pluto's companion moon and high reflectivity may have given the illusion of being larger than it was. It wasn't until 1978 when Charon was discovered that an accurate estimate of Pluto's size could be made and it was tiny. Smaller than the Moon. 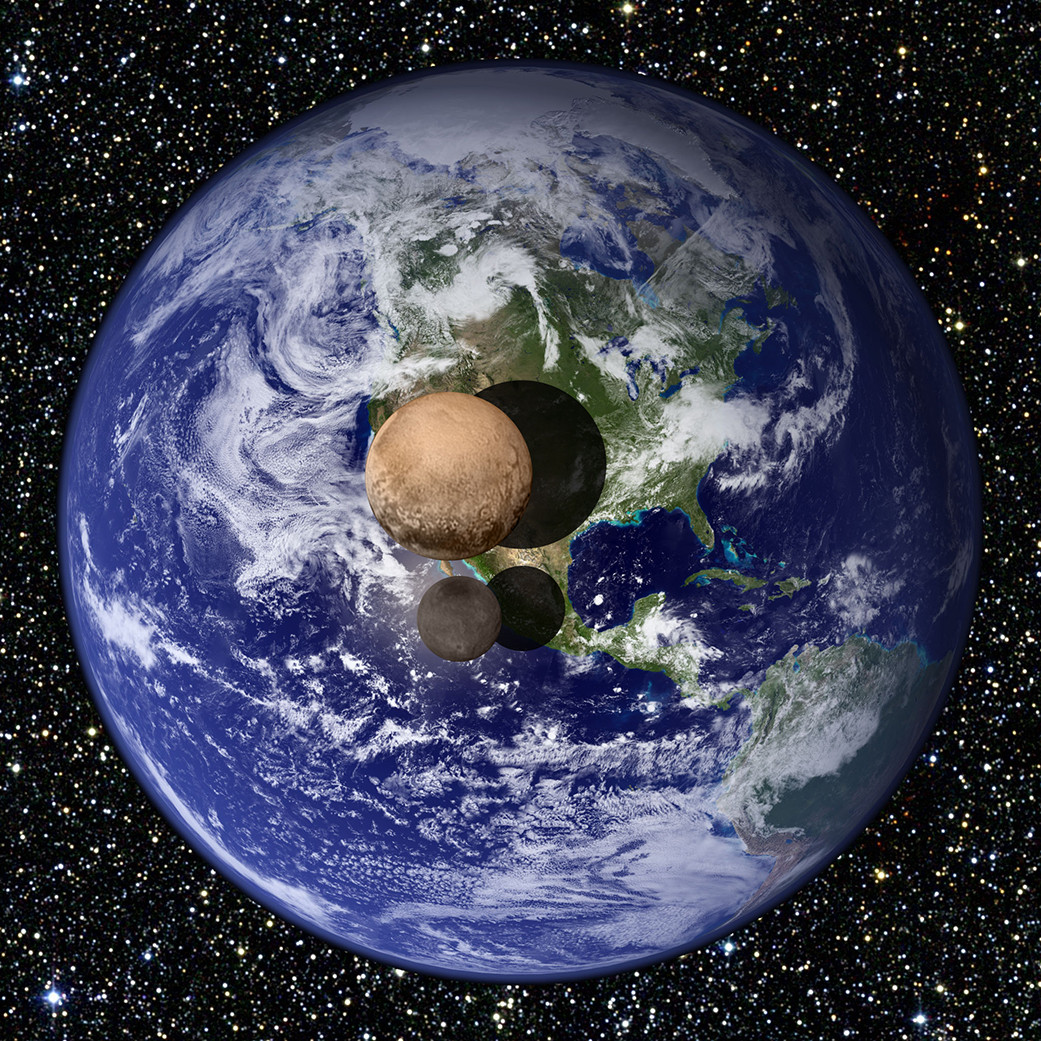 Despite all the outrage over Pluto's demotion, some of it genuine, some of it comical, such as jokes made in The Big Bang Theory TV show blaming Neil deGrass Tyson, it was, to my thinking, a pretty clear cut decision that to this day remains surprisingly controversial. And it makes for some good reading.

Two years of committees, debates since the 1990s and finally a vote of just 424 people in attendance. That's almost congress-like in terms of argumentiveness and lack of efficiency, but in the end, I think the official definition of planets to be a good one, though it's not hard to imagine that it may run into problems.

A binary planet probably isn't impossible, but it raises the question of whether that qualifies. And it's not hard to imagine if Mars was a bit smaller and the asteroid belt a bit larger - at what point would Mars no longer make the cut? What if Mercury was half it's current size?

Ultimately, as the article points out.

"For astronomers this doesn't matter one bit. We'll go out and do exactly what we did,"

I'll put it in my own words. The exciting stuff is in the details, not in the categorizing. Astronomers knew what a planet was prior to 2006 and Pluto was on the border even before it got demoted. The new definition still isn't air-tight. It doesn't have to be.

Based on the history of the Wikipedia article for planet preceding the IAU 2006 vote, there was no formal definition. So basically, a planet was just any body from this list of nine objects.

Not the answer you're looking for? Browse other questions tagged planet history pluto definition or ask your own question.

8
Official Definition of Satellite?
1
Did Earth "tilt" seasonally before it was accepted that the world was not flat?
15
Would an analogue of the definition for planets also work for moons?
0
Moon is a planet by "Clearing the neighborhood" condition?
2
What other definitions for a planet were proposed?
6
What is the definition of a "pole" of a celestial body?
3
What happened to the 2017 proposal on redefining planethood? Is this information available?