When neutron stars collide, they crash into and kill each other in a kilonova explosion, which blasts a lot of their material into space. A huge amount of neutronium, neutron star stuff, is suddenly no longer in the high pressure of the star, and instantly expands explosively into normal matter. In other words, thou shalt not have isolated teaspoons of neutronium. But is the same true for the crust, made of a form of highly compressed iron called nuclear pasta, 10 billion times stronger than steel? Is the crust material of neutron stars stable outside of neutron stars?

"made of a form of highly compressed iron called nuclear pasta,"

This isn't the case. The crust of a neutron star consists of (starting at the surface going down). 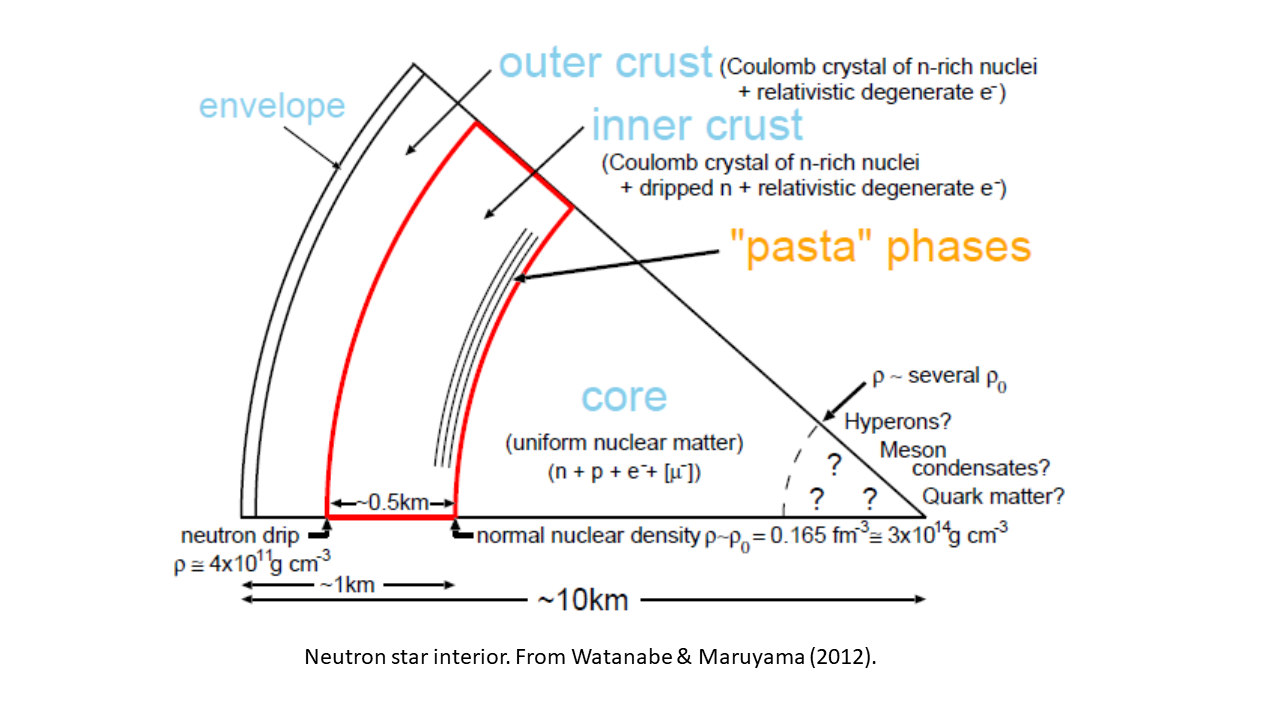 None of these compositions is stable at low pressures. Specifically, you need to have them surrounded by a high density gas of degenerate electrons to suppress the beta decay of neutrons and neutron-rich nuclei. Putting this stuff into a low density environment would be explosive (but somewhat less) just as in the case of "neutronium" (neutron matter inside neutron stars contains protons and electrons too). This is not because of the beta decay, which is a slow process, but because the constituents have a huge amount of kinetic energy (that is what pressure is).