What's the temperature of Pluto's core?

The surface is freezing-nitrogen cold, but it's typical for the temperature to increase towards the core. What's the temperature of the core of Pluto? Is the planet icy and rocky all the way through? I wonder at the possibility if that frozen ice ball could have any internal heat at all?

TL;DR: 1000 K (according to differentiated model of Pluto)

According to the density value of Pluto, astronomers proposed three types of structural models:

McKinnon and Parmentier(1986); McKinnon and Mueller(1988) correctly predicted the structural model of Pluto to be differentiated one. During initial formation of Pluto, radiogenic heating was the only source of heat, hot enough to melt the outside part of the undifferentiated core consisting of hydrated CI-rocks to form liquid matter of what is known today as water-ice in the mantle (water-ice melting temperature was 251 K at 0.21 GPa). During that time, 80% of core was at above 500 K . The anhydrous silicate core at the center was still rigid resisting the outside flow (the temperature of core was 500 K). Convection through heating allowed steady-state heat flow to form water-ice in the mantle, some of which erupted into the surface. Although the gravitational potential energy was modest, the process become self-accelerating.

This process was also accelerated by the "accretion process" due to a large-body impact that resulted in the formation of Charon. This collision heated up the core by 100 K and also resulted in several differentiation of Pluto that made the surface level ice layer mixed with organic compounds.

Present day scenario: Pluto is a rock-rich world with rock mass fraction $\gtrsim$ 60%. Core temperature is 1000 K, surrounded by 250-300 km thick mantle shell of predominately water-ice and mixed liquid rock. Surface temperature is 40 K. Core pressure is 1.1-1.4 GPa. Rock fraction (rock/rock+H2O+ice) for differentiated Pluto is 0.69-0.79(mainly PF-rock). There is also an extra thermal boundary layer between the ice-mantle and the ice-rock layer just outside the core. There might also be an organic layer in between the core and mantle but it hasn't been proven yet. The water-ice mantle is differentiated into several layers based on its transitions. You can check the details and calculation in ref.2 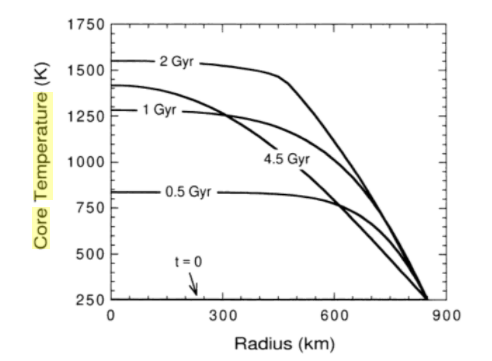 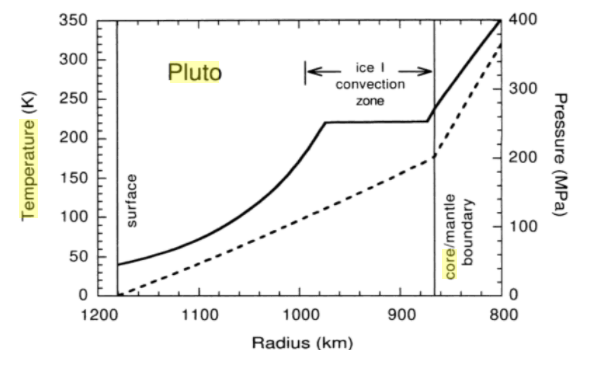 Fig. 2: Temperature of the mantle and outside layer 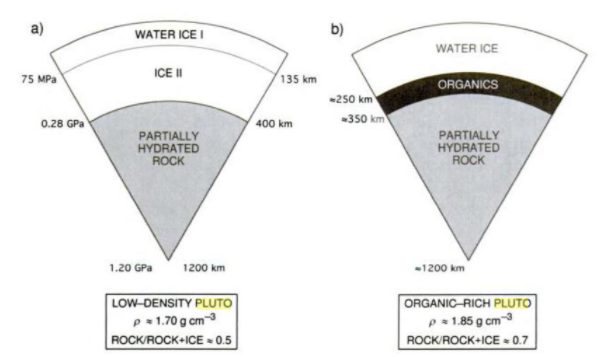 Not the answer you're looking for? Browse other questions tagged temperature pluto core or ask your own question.