Why do zodiac constellations not look like their names?

I am trying to answer the question of one of my youngest students (who is not yet in school), and although going through books, wikipedia etc. I do not have a good answer to his question yet:

Why does none of the 12 zodiac constellations look their respective name?

Joe Rao: Why Don’t Constellations Look Anything Like What They’re Named? offers the following explanation which does not convince my student:

Remember, of course, that a few thousand years ago there was not much to entertain people once the Sun went down. They would go outside under the cover of darkness, look up at the stars, and weave stories or tales about people, animals, and mythical beasts, and use the patterns of stars as illustrations.

The best answer I have so far:

The zodiac names are old, and the constellations have been looking back then more like their actual names.

I am not sure how accurate that answer is and whether there is any better explanation, that's why I am asking the simple question here.

In some cases, constellations don’t look like their names because they were completely mistranslated by Greek astronomers from Mesopotamian constellations.

One of these is Pegasus, the Flying Horse. Originally, it was 𒀸𒃷 AŠ.IKU, One Field (piece of land, but also measurement unit), to the Mesopotamians. However, IKU sounds like Mycenaean 𐀂𐀦 i-qo, “horse,” so they understood it to mean the animal. Possible cuneiform puns may explain how the horse was cut at the navel and made to fly, as the symbol 𒀸 may also be read DAL₃, implying 𒊑 DAL, “to fly,” for example.

Another is 𒀯𒂠𒂷 MULLÚ.ḪUN.GÁ, “The Agrarian Worker” or “The Hired Man,” which got shortened to LÚ then 𒇻 LU (notice the lack of diacritic), also called UDU, which means “ram” (the animal, not the verb).

I recommend a series of articles by John McHugh about cuneiform puns and the origins of ancient constellation names.

Who says they don't? Surely it just depends on how you play "join the dots"? The human brain will make out patterns where it wishes and what things look like is largely in the eye of the beholder.

The second explanation isn't true. Although the relative positions of the stars do change, they have not changed very significantly over a period of 3000 years, certainly not enough to change the basic shape of the constellations.

I think the reverse question can be asked with the same reasoning: how does it come the zodiac constellations actually show fish, cancer etc. At least they didn't change significantly in historic times - the fixed stars move much too slowly for that.

The answer is quite simple: be creative, use your imagination. They are the ancient comic style of stick figures. They do, if you apply "the right" amount of phantasy. The connected lines like shown in your link - and what you find often - are only the skeleton or the sketches of things and people. You can take into account more stars, and maybe get a more fleshed-out version. Of course this transformation from the tiny dots of the stars into an elaborate image is non-unique and depends on the observer. 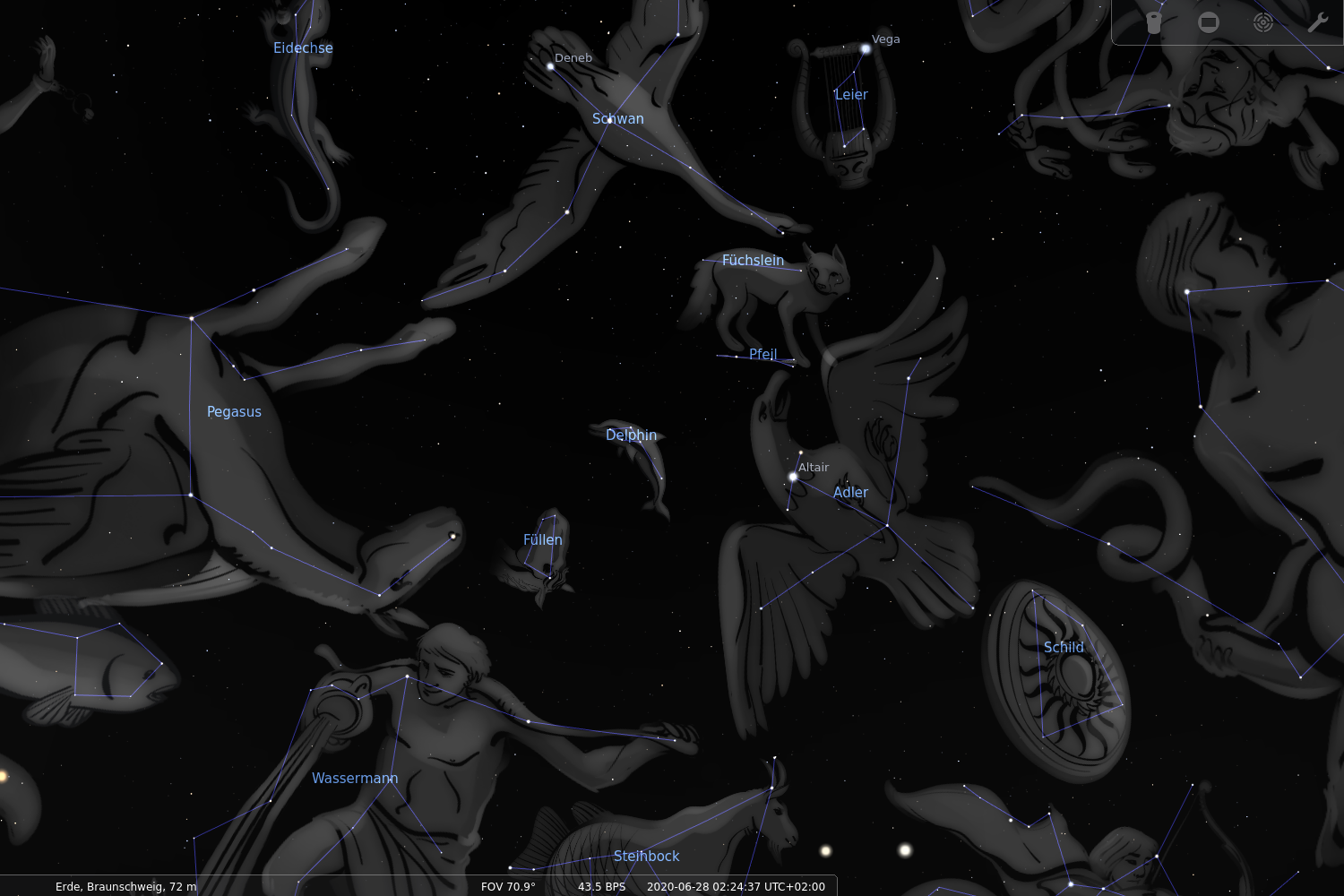 However essentially it boiled down that people in former times had more time to enjoy an unpolluted night sky, they had no television and not too much artificial light and used the stars to tell stories - and the stories to name the stars (as the stars also tell them about the seasons and time-of-year). Stories in particular help to memorize the stars, their meaning - and their importance in keeping calender in the absence of other devices. It doesn't matter to much that it is not a photorealistic drawing of what you describe.

One point not made clearly above. With unpolluted dark skies many more stars were routinely visible. Today we are often looking at just the brightest handful of 20 or 30 stars that make up a figure.

Not the answer you're looking for? Browse other questions tagged zodiac or ask your own question.