How to attach binoculars on starwatcher tracker?

I am a complete newbie on trying to figure out how to attach the binocular on the starwatcher tracker. I am having problem with the angle. This is the issue I am having:

Am I missing an attachment here, or do I have something wrongly configured? Any help or comments is much appreciated. Thanks in advance. 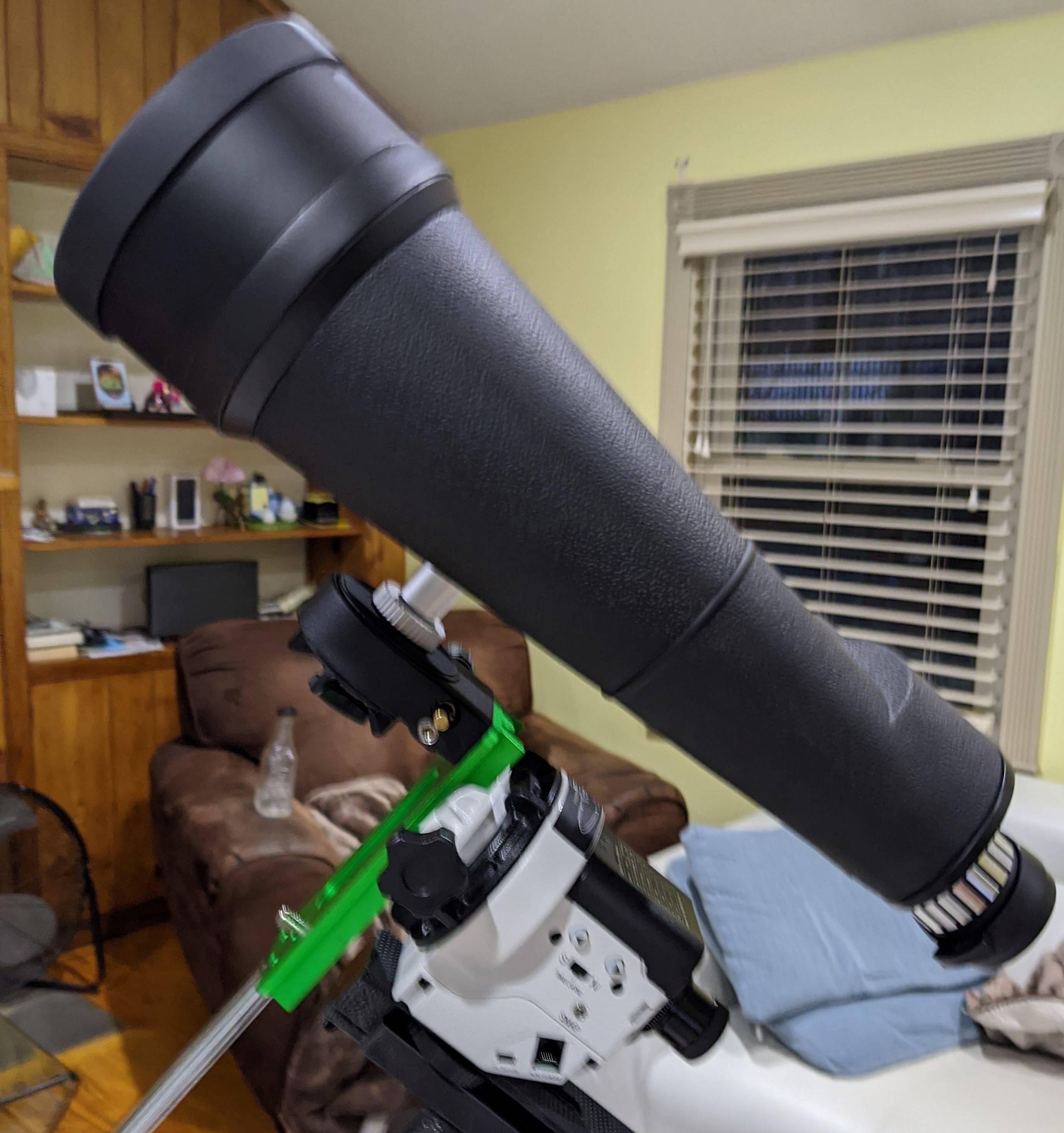 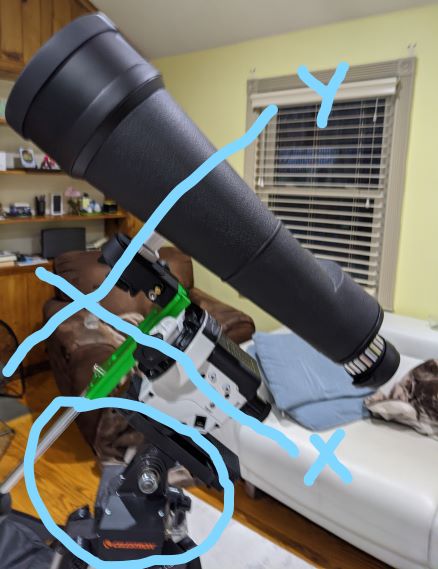 I have two degrees of freedom without disrupting the polar alignment. I can rotate along the x or y axis. If I try to rotate anything using the parts in the circle I will loose polar alignment. In order to observe something right of the plane (defined by: on which the y axis lies that is the y-z plane): First I will have to rotate the binocular along the y-axis by 180 (but that makes it point to the ground). Second I will have to rotate along a z-axis to point it to the sky -- which I have no controls to do.

This platform is similar to a German equatorial mount. Though it may seem awkward at first, it can point anywhere in the sky using only the two labeled axes. The "X" axis is for hour angle; the "Y" axis is for declination. The relation between right ascension and hour angle is a linear function of time.

The photos in the question show the binoculars pointing near the pole (declination 90°). To point at something on the equator (declination 0°) e.g. Orion's belt:

When crossing between the eastern and western halves of the sky, such mounts require a "meridian flip" on both axes. With practice, you'll get used to that and can plan your observing session around it.

I own such a mount. You can turn it to wherever you want by loosening the right ascension (the black “knob” that’s touching the white part just below right of the greenish dovetail plate. You can also loosen the declination with the “knob” that’s around the mounting bolt.

Not the answer you're looking for? Browse other questions tagged binoculars alignment or ask your own question.

6
What's a good step up from 7x50 binoculars?
3
Is a spotting scope or binoculars a better choice for astronomy?
6
What to look for in a tripod for binoculars?
8
How do I prevent or reduce shake when observing with binoculars?
0
How do you mount these binoculars and telescope on this tripod?
2
How exactly 'polar aligning' a Telescope with equatorial mount helps?
6
Jupiter-Venus conjunction is vertically aligned. I'm at 49° N. How is this possible?
3
Unable to locate Big Dipper through Polar Axis Finder
16
Why different specifications for telescopes and binoculars?
1
How often are there five planet apparently aligned within 25°?