Does this photo show the "Little Dipper" and "Big Dipper"?

So last night I took this photo: 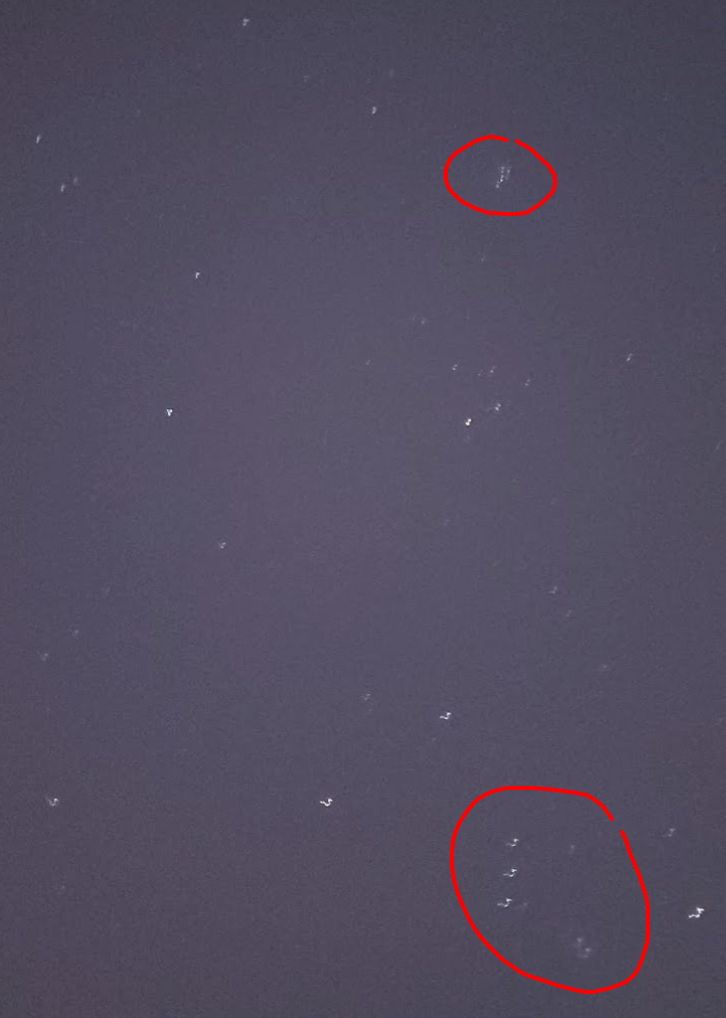 As mentioned, these are the Pleiades, and the belt of Orion. These are visible in the South at this time of year. The Big and Little Dippers are in the North, so turn around. The best way to find them is a map: 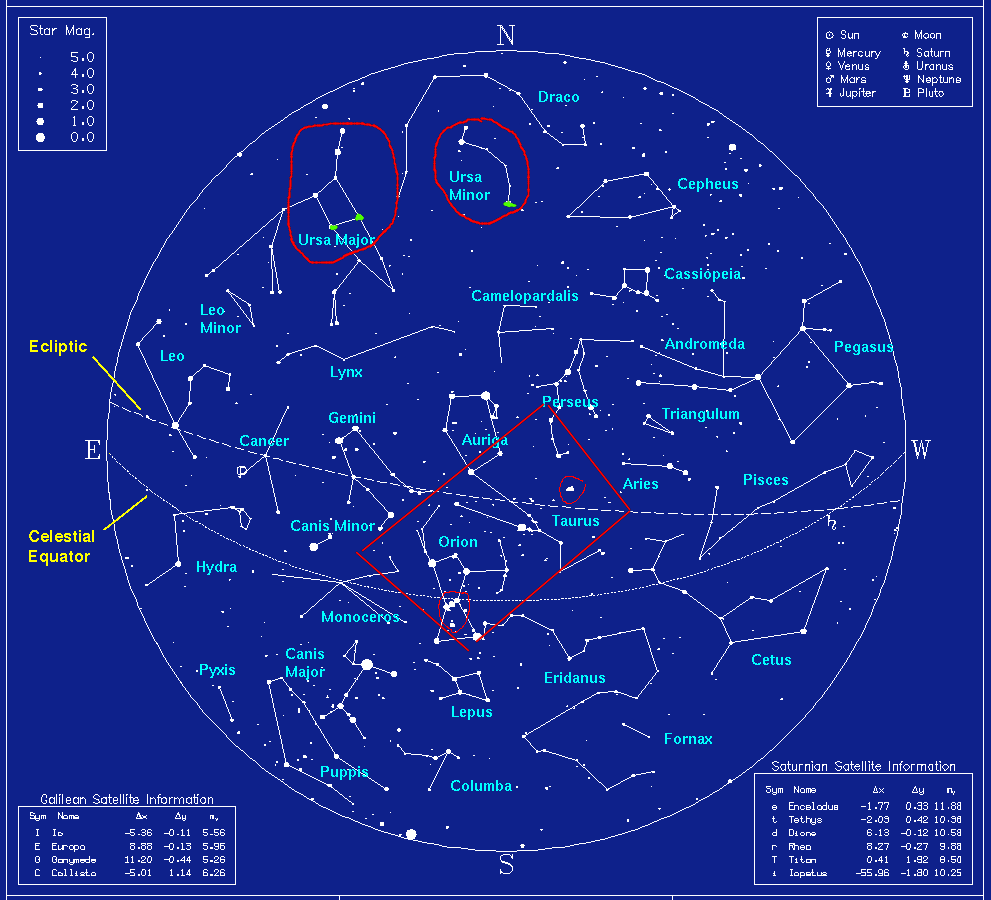 I've marked the approximate edge of your photo, with Orion, the V of the Hyades and the small cluster called the Pleiades. The big dipper is much bigger. It is usually quite easy to find, in the North East, In this map it is labeled "Ursa Major" which means "great bear".

The little dipper is a rather faint constellation. Even its brightest star, Polaris, is only second magnitude. You can find it by tracing from the pointers in Ursa Major (I've coloured them green). It is the only moderately bright star in that region of the sky. Once you have found the Pole star, it is possible to make out the faint stars that make up the rest of the Ursa Minor, the little dipper.

The group of stars circled at the top of the photo is a star cluster named Pleiades. The Pleiades are in the constellation of Taurus.

The group of stars circled at the bottom of the photo is part of the constellation of Orion. The three vertical stars on the left side of the circle are the belt stars of Orion. His upper body is to the upper left, and one leg ending at the bright star Rigel is just to the right of the circle.

As you indicated, Ursa Minor is located at the celestial north pole with Polaris (the North Star) being at the end of the handle of the little dipper. The Big Dipper is part of the constellation of Ursa Major which is not too far from Polaris. Orion's belt is on the celestial equator or 90 degrees away from Polaris.

The top circled stars are the Pleiades Cluster, aka the Seven Sisters. The other forms part of Orion and you can actually see towards the bottom where the Great Nebula at Orion is located. Hope this helps.

Not the answer you're looking for? Browse other questions tagged identify-this-object constellations or ask your own question.

4
Which is really larger, Big Dipper or Small Dipper, in 3D
9
Polynesian wayfinding techniques - how does this work?
6
Weird Blob near Polaris?
3
Is this the best non-radio image of whatever's at the center of M87? How was it taken?
5
"Table of Astronomy's" depiction of the solar system models
9
What Constellation Is This? (Photo Included)
2
Are the bright dots in this image individual stars?
3
Are these Jupiter's moons?