What is the correct concept of the North node and South node? There is some conflicting information on the internet.

Which one of these two is correct?

1. Sourced from some Astrology material - How can North and South be 180-degree opposites in this since these are on one side of the orbit curve? 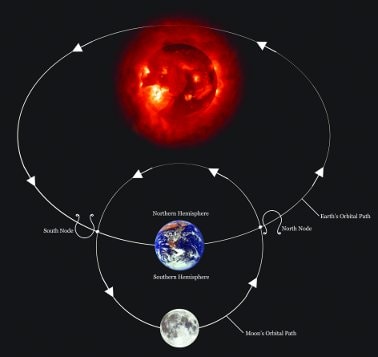 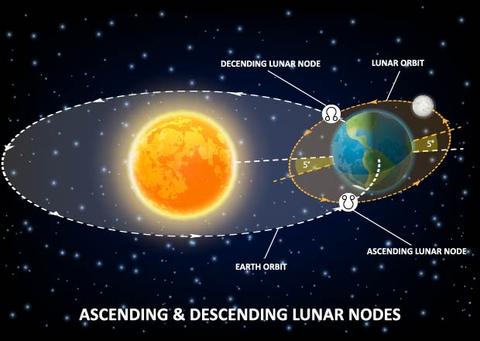 2.From Wikipedia source - This seems incorrect too since there is no "separate" Moon orbit as per around the Sun 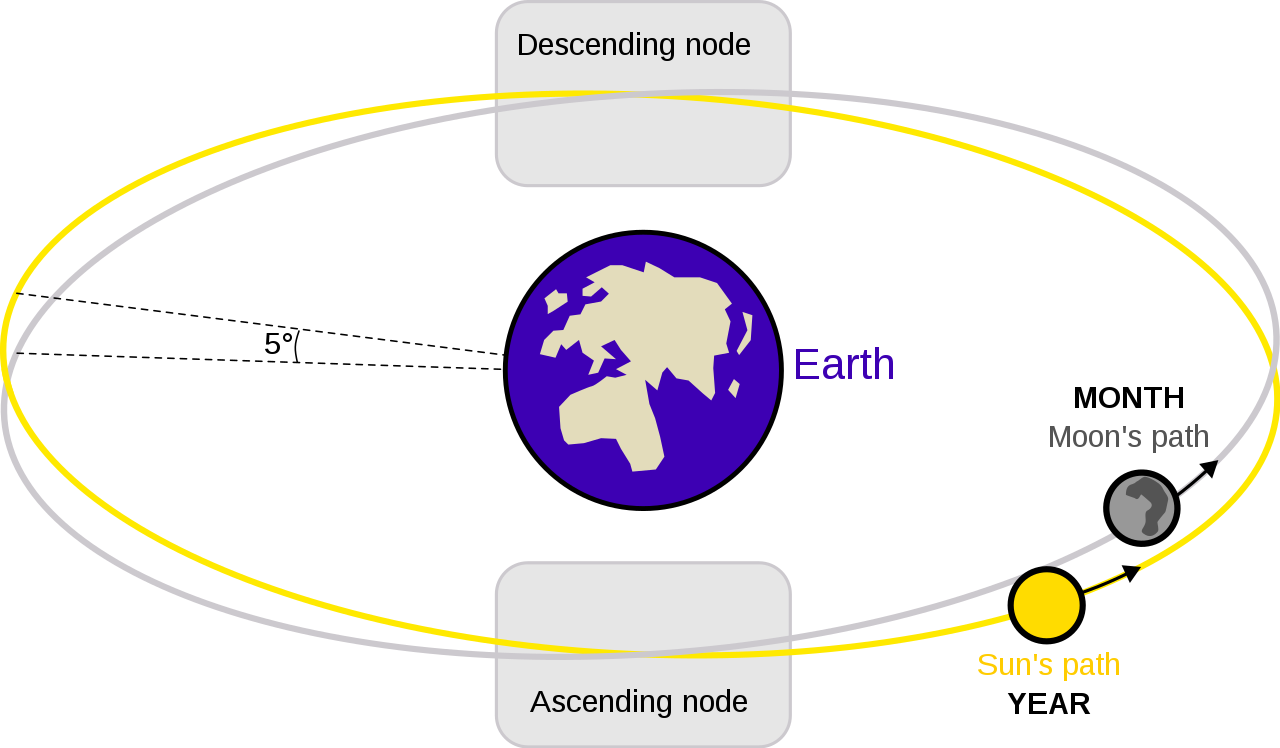 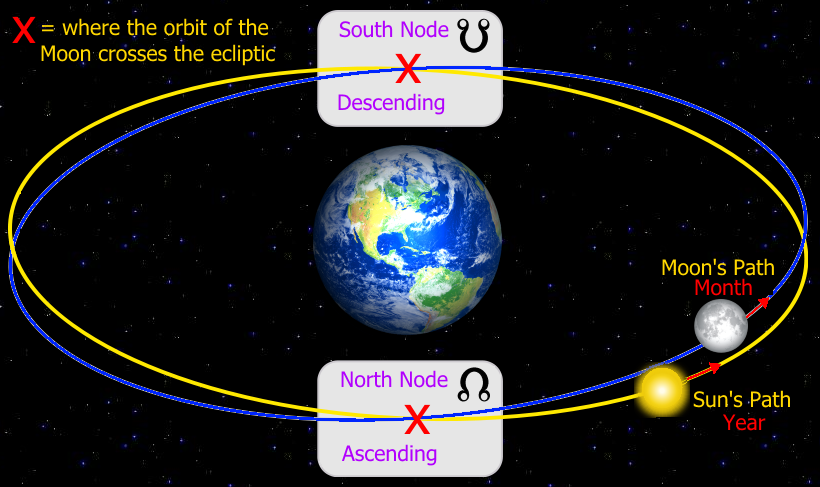 The first few diagrams show the lunar nodes coinciding with the first and last quarter phases, which is only the case every 173 days or so. When the nodes are aligned with the new and full phases, eclipses can occur: 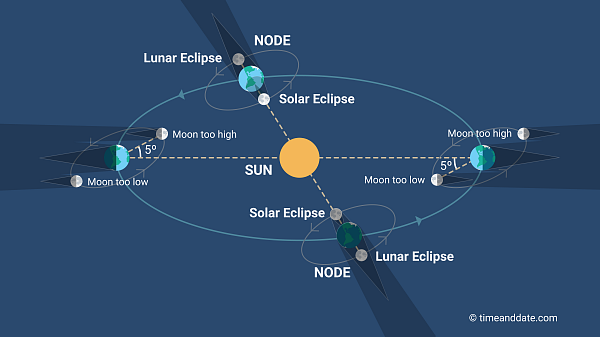 𝟏. In astronomy (as opposed to astrology, a pseudoscience which was often proven wrong), we don’t talk about “north” and “south” nodes, but about “ascending” and “descending” nodes.

𝟐. The first two images and the fourth one show the Earth’s orbit as too tight a curve; this is what makes you have a hard time understanding. Since they come from astrology-related sources, I’m not surprised they can’t be trusted.

𝟒. As JohnHoltz correctly stated, the intersection of two planes is a line, so ascending and descending nodes are indeed at 180° from each other indeed, as the third, fifth, and sixth images show. (Actually, the difference is not exactly 180°, because gravitational perturbations make the orbit, an ellipse rather than a circle, slowly turn with respect to the fixed stars. Hence, the line of nodes makes a full 360° turn in about 18.61 years. By the time the Moon reaches the next node, it has thus advanced a little [by about 1.5°, from a quick calculation]).

Not the answer you're looking for? Browse other questions tagged the-sun orbit the-moon earth or ask your own question.

6
Understanding Earth Tilt, Sun's Position and Latitude Calculation
1
View of moon from South Pole?
10
What star is directly north of the suns north pole?
1
South of the tropics, where does the sun's noon shadow point?
6
A vertical stick's shadow at solar noon should be straight north/south, right?
2
Why do the magnetic field lines of the earth go from south pole to north pole?
20
Was the Geocentric Model correct at all?
2
Can we see the south Pole of the Moon standing on North Pole of the Earth