A plot of the Moon-rise/sets on the Horizon Location

We are wondering if the moon wobbles back and forth along the horizon the same way the sun wobbles. We cannot find any website that talks about where the moon is on the horizon.

We are wondering if the moon wobbles back and forth along the horizon the same way the sun wobbles.

Yes, but over a period of 27 days compared to a full year for the Sun. 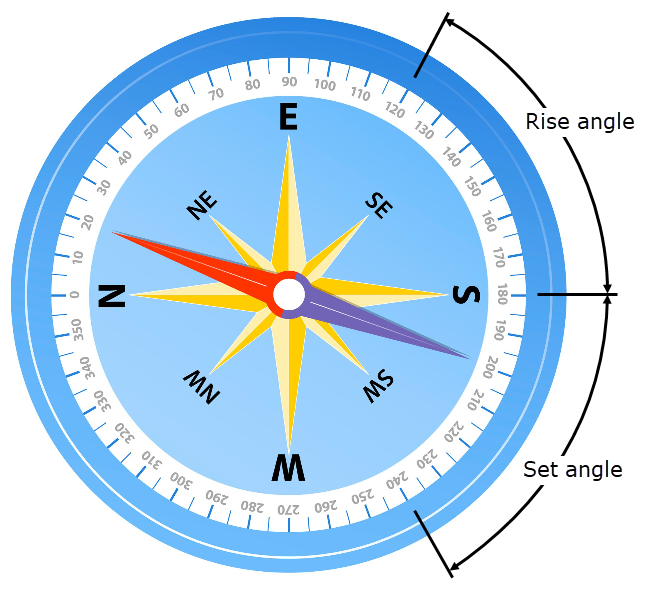 The rise angle and set angle can be calculated from $$cos(angle) = -\frac{sin(dec)}{cos(lat)}$$ where $dec$ is the declination of the star and $lat$ is the observer's latitude.

The same calculation applies reasonably well to the Sun and Moon. (The apparent diameters makes a small difference, as does atmospheric refraction. Let's ignore those effects for now.) Due to the motion of the Moon during the day (and to a smaller extent the Sun), the change in declination changes the rise and set angles by a small amount - a few degrees at most. For the following graphs, I have ignored this motion during the day.

For the year 2021, you can see how the rise/set angle and azimuth of the Moon changes from "north of east/west" to "south of east/west" during one month (approximately). Of course, the Sun requires an entire year to go through the same cycle. 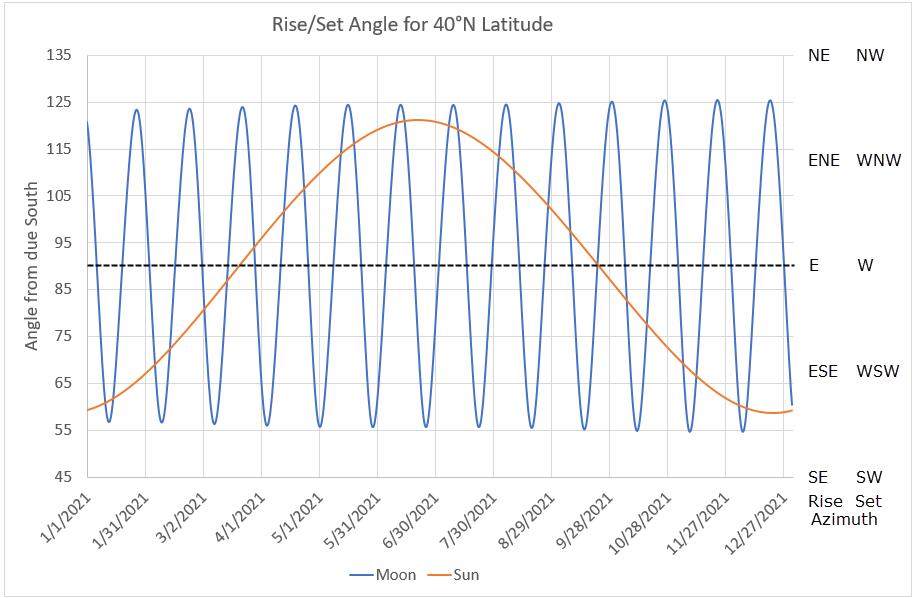 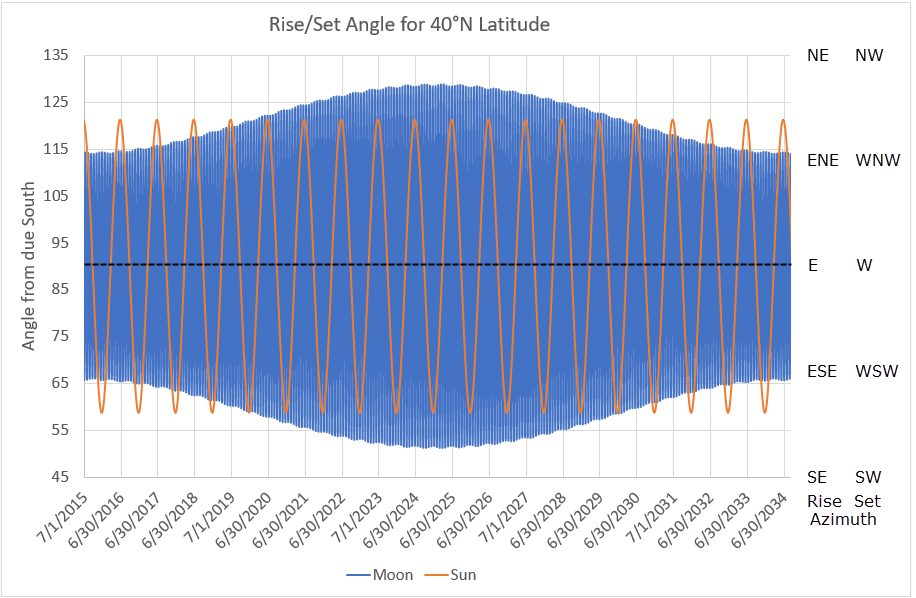 We are wondering if the moon wobbles back and forth along the horizon the same way the sun wobbles.

Yes, but over years even more than the Sun does!

Per answer(s) to Does the Honey moon have a precession problem? and others we can see that the Moon mostly follows the Sun, so in the summer when the Sun is high at noon it rises and sets north of east and west respectively in the northern hemisphere and in the winter it moves to south of east and west.

In the southern hemisphere exchange either north with south or summer with winter, but leave east and west as they are.

Answers to Where can I find the positions of the planets, stars, moons, artificial satellites, etc. and visualize them? will provide a number of helpful resources that may help you find where the Moon will rise and set on a given day based on your latitude and to some extent longitude.

If you have a magnetic compass (real or in your phone) don't forget to correct for magnetic declination which depending on where you are could be 10 degrees or more!

Not the answer you're looking for? Browse other questions tagged the-moon horizon .

36
Where can I find the positions of the planets, stars, moons, artificial satellites, etc. and visualize them?
1
Does the Honey moon have a precession problem?

5
Sun path at poles
1
What's the relationship between Moon phase and the Milky Way visibility?
2
Jean Meeus - calculating moon rise, transit and set times - help isolating error in logic
1
How low can the sun be seen in the sky?
3
How many days a month can you see a moonrise during daylight?
2
Does the Sun and Moon basically appear to "move on the sky" identically regardless of location and date?
3
Calculate viewing times at a location - when location has an obstruction
6
The moon rises at a different time each day, but that difference changes. Why?