Is it possible for planetary rings to be perpendicular (or near perpendicular) to the planet's orbit around the host star? 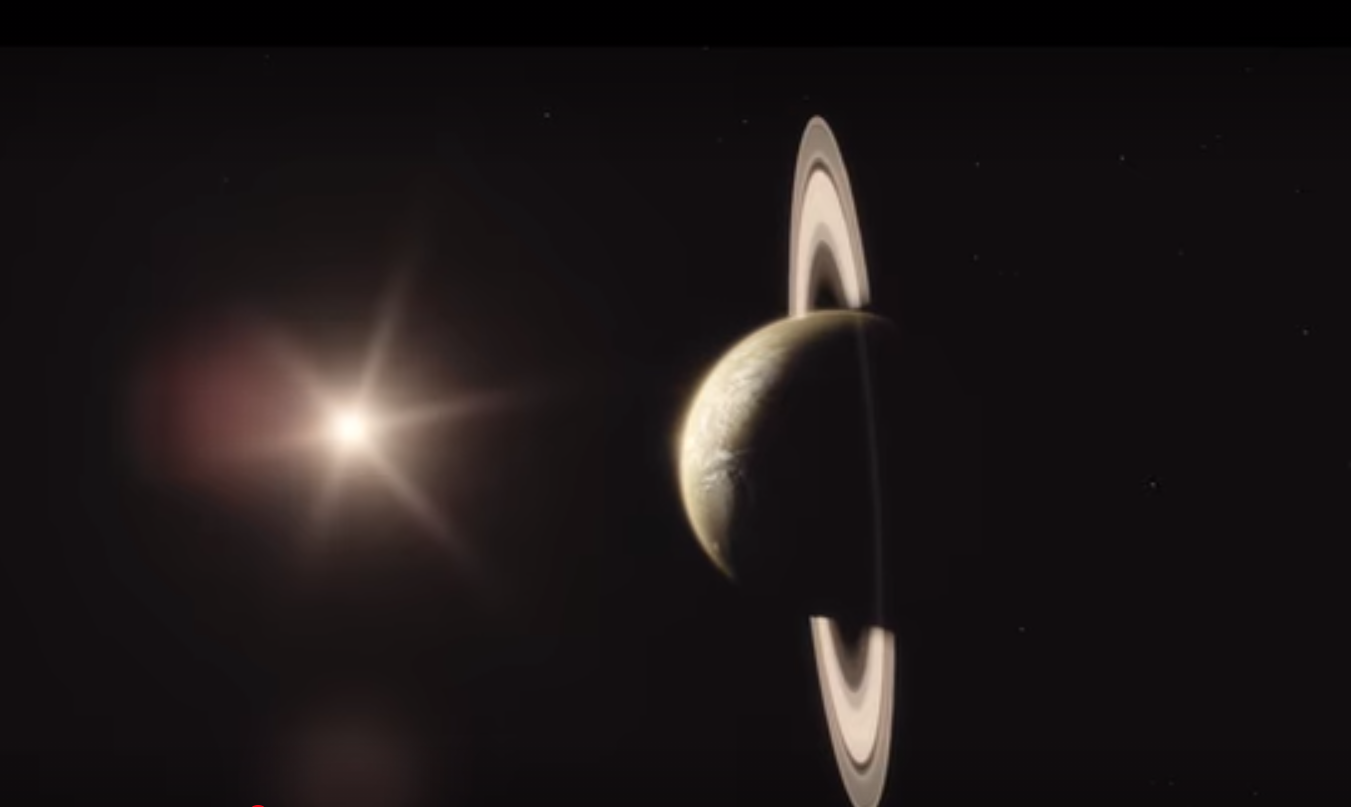 Is it possible for planetary rings to be perpendicular (or near perpendicular) to the planet's orbit around the host star?

This means that the ring system looks as in your picture twice per orbit. As the planet orbits the Sun, the rings, although still inclined at 98 degrees to the orbital plane gradually become "face-on" when viewed from the Sun. This will happen about quarter of an orbital period after the configuration illustrated in the picture. Then another quarter of an orbital period later, Uranus will be on the other side of the Sun, but with its rings tilted as shown.

What cannot happen is that the rings are oriented as shown throughout the entirety of a planet's orbit. Conservation of angular momentum demands that the plane of the rings (or the axis of rotation of the ring material) does not vary, unless some external torque were brought to bear in order to change it. Therefore after a quarter of an orbit, the rings in your picture would be face-on to the star.

I posted a few animations, just to make sure :) The image is hopefully obviously not to scale.

and is, in fact, not far from what Uranus is doing.

On the other hand, the animation shown below is physically impossible. Conservation of angular momentum prohibits it:

The ring is on the plane of the orbits of the particles the ring consists of, and (the direction of the normal of) this plane does not change during the orbit of the planet. Initially I thought that the ring would automatically be on the plane of the equator of the planet. Which is the case with Saturn's main rings and those of Uranus. However, as explained here, there is no law of physics that would make this necessary. Even Saturn has a thin faint ring in a different orientation.

My limited understanding is that the origin of the ring plays a role. If a ring consists of the remains of a former satellite, then it will follow whatever orbit that satellite had. On the other hand, if the ring was formed together with the planetary system, or even ejecta from the forming planet, then it feels natural that the ring should be exactly on the equatorial plane.

We need an astronomer to give more details. After taking a peek at Wikipedia I suspect that a ring on the equatorial plane may be more stable. Particularly, if/when "shepherd moons" need to be present to keep the ring intact. Obviously the satellites tend to be near the equatorial plane of the mother planet. May be the gravity of the remaining satellites would perturb a ring in some other orientation more severely, meaning that it would not last long?

Not the answer you're looking for? Browse other questions tagged exoplanet planetary-ring or ask your own question.

16
Do planetary rings have geometric bounds?

15
Is it possible for a moon to orbit a planet floating free in the galaxy rather than orbiting a star
15
How close are we to having the technology to measure planetary obliquity for exoplanets?
4
Why do the rings around the Gas Giants get their 'ring' shape?
5
Rings around a smaller, close-in planet?
3
Is this a potential planetary setup for the Alpha Centauri System?
6
Planetary system orientation & the search for exoplanets
6
What's the big deal with WD 1856+534 b?
4
Can planetary rings form as a result of solidifed lava thrown up by volcanoes on the surface of small rocky moons/planets?