How does the stellar evolution for low and intermediate mass stars differ?

I'm trying to understand stellar evolutionary tracks for different masses. So far I have the general understanding from a cloud of gas and dust to a white dwarf, neutron star or black hole.

What I don't understand is how the different evolutionary tracks differ from each other for low to intermediate mass stars. I have attached two figures that causes my confusion.

The first one shows many different evolutionary tracks and the second one shows the evolution of a low mass star of 1 Solar mass. The first image shows that a star of 1 Solar mass stops at point 6, which corresponds to the Helium Core Flash. The second image shows that the evolution continues from this point, making the star bluer before it becomes a red giant again and collapses and explodes.

My question is this: Where does the evolution actually stop? Is the Helium Core Flash the last thing a Sun-like stars experiences or does it in fact follow the rest of the tractory?

All in all, I'm a bit puzzled by the difference between low- and intermediate mass stars evolution. Also it seems to have something to do with conective vs. radiative zones..?

Sorry for the large images! 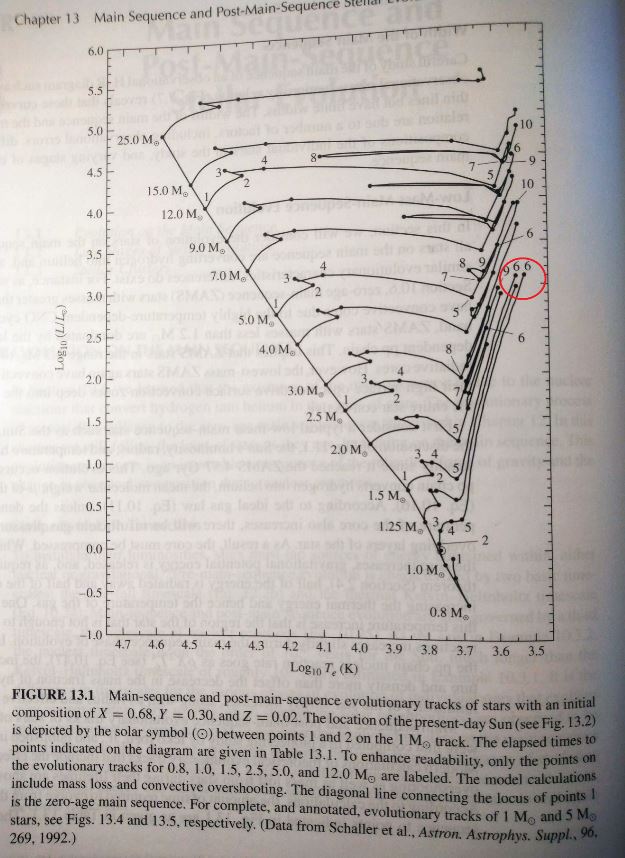 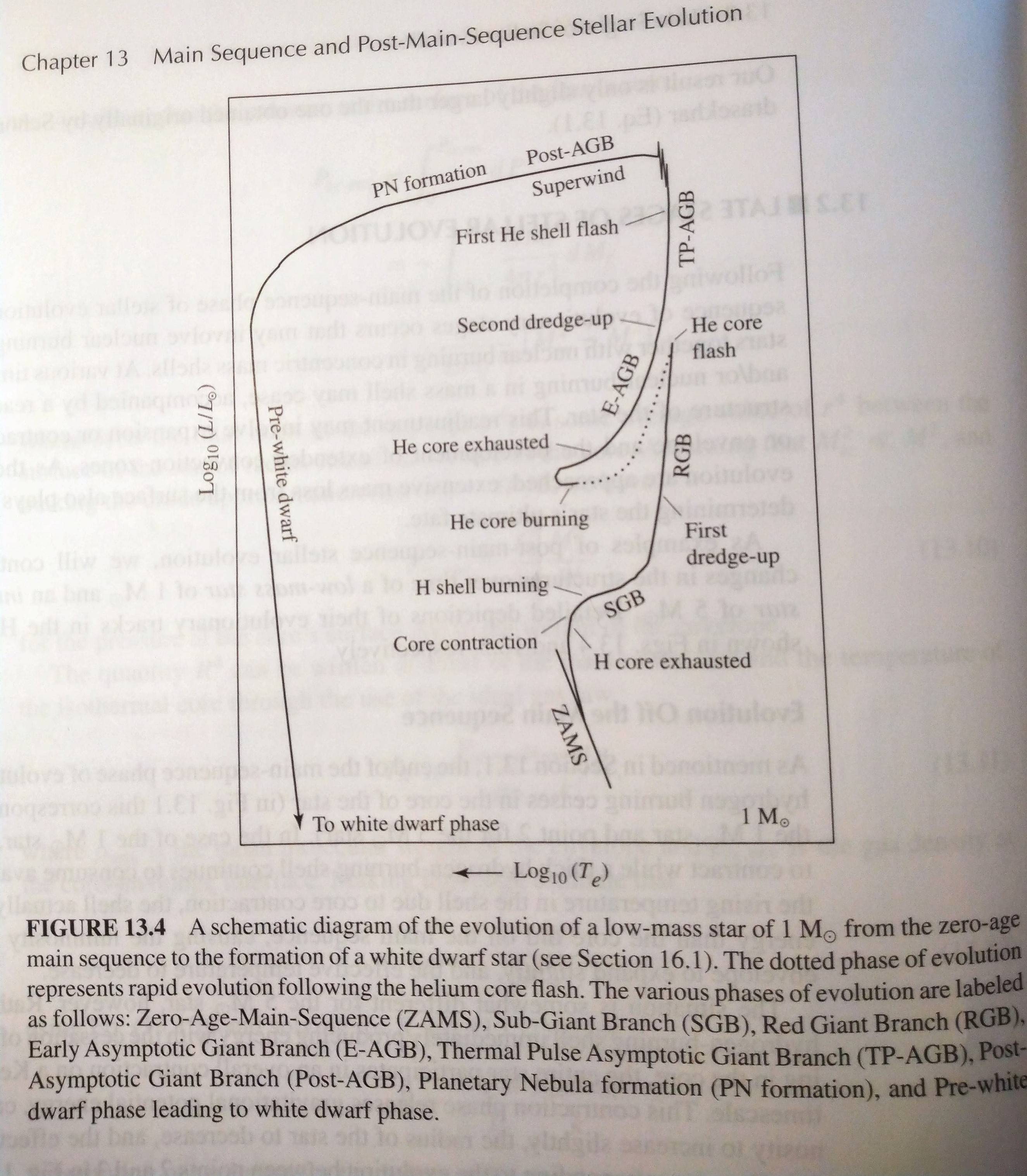 Where does the evolution actually stop? Is the Helium Core Flash the last thing a Sun-like stars experiences or does it in fact follow the rest of the tractory?

Stars with masses below about 2 solar masses undergo a helium flash but their evolution does continue afterwards, as shown in the second diagram (Fig. 13.4). So no, the core flash is not the last thing a Sun-like star experiences.

The tracks are sometimes separated like this for the technical and practical reason that many programs that create stellar models struggle to model the helium flash. To get around this, the models sometimes stop at the tip of the red giant branch and are then restarted at stable core helium burning by "engineering" a model to the correct state, without going through the flash.

Not the answer you're looking for? Browse other questions tagged star stellar-evolution red-giant hr-diagram .

18
Why do stars become red giants?
9
Is there a flaw with the newer purposes and correlations attributed to the HR diagram? (And would a third axis of mass correct the enclosed flaw?)
2
Why does shell fusion produce more energy than core fusion?
4
Why do post main sequence stars enter the red giants branch?
5
Could non-supernova carbon, oxygen, or silicon flashes be observed?
14
What fraction of a star's hydrogen store will be fused over its lifespan?
8
Why does the convective core in an intermediate- to high-mass star shrink?
17
Why do massive stars not undergo a helium flash
5
Is a branch on HR diagram a line formed by stars in the same evolutionary phase, or the evolutionary track of an individual star?
1
Does the CNO cycle play a role in stopping the collapse of solar mass stars after they have run out of Hydrogen?