About coordinate systems and angle differences

If I want to measure the beam-width of a radio telescope sweeping through a ~ puntual object (the Sun) with a ~ constant flux output when measured:

The value measured sweeping in one frame of reference (and coordinate system), will be the same if it's measured using another frame, right?

If I point to the Sun and sweep in alt-az, I suspect that measurement will be at least roughly similar to a measurement w.r.t e.g., a star on the plane of the Milky Way (using l,b). This because the same principle should be applied for a radio (or any other signal) emitter: a measured angle difference $\Delta \theta$ should be the same in another frame.

What puzzles me is to think that an arbitrary frame could scale any measured quantity but I'm not sure at all.

This could be seen in stellarium as: 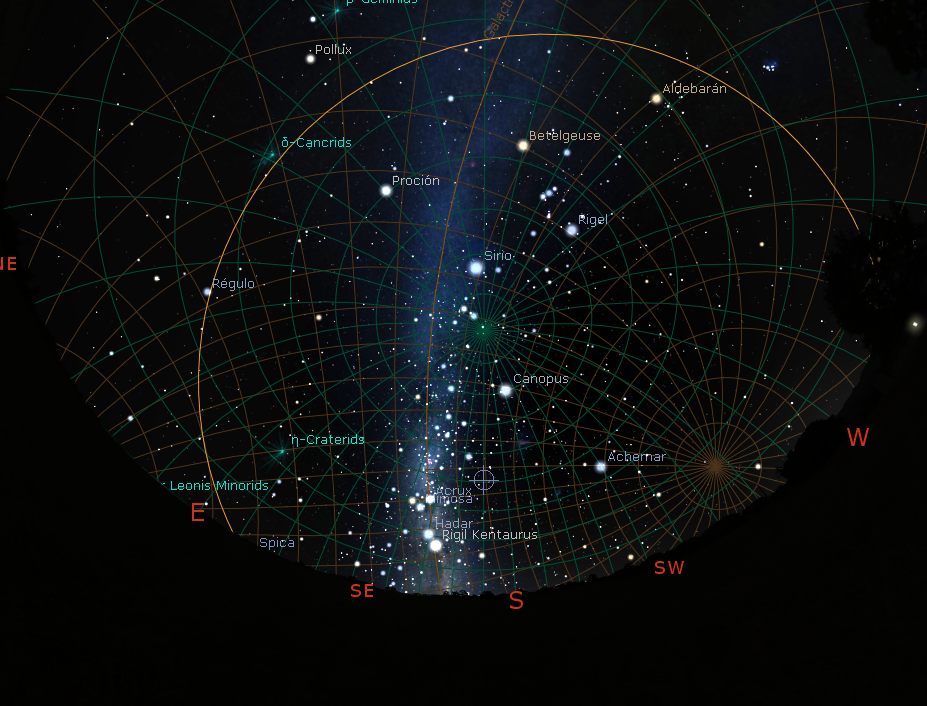 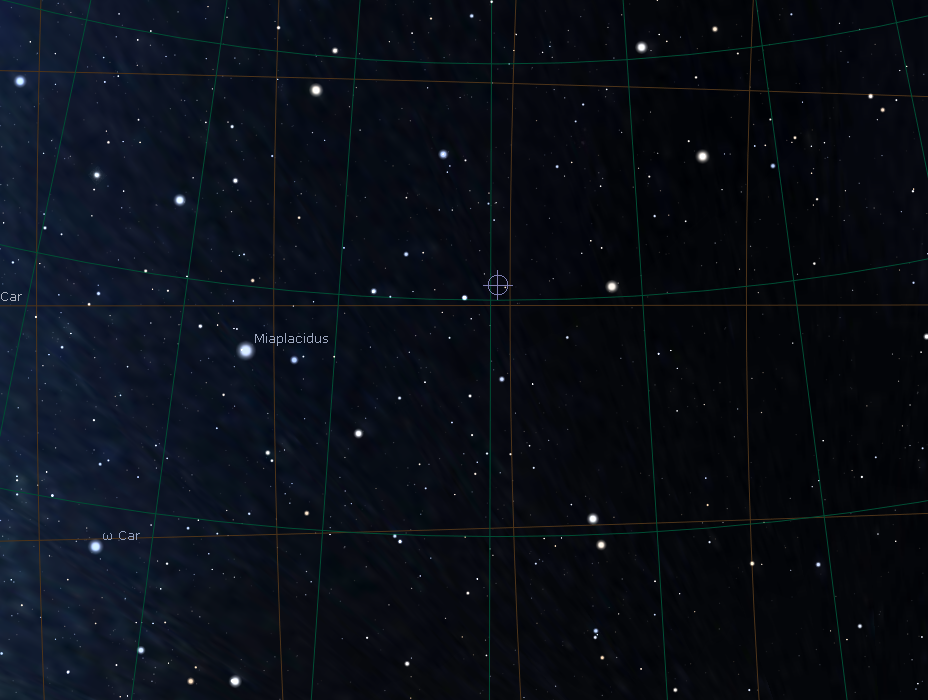 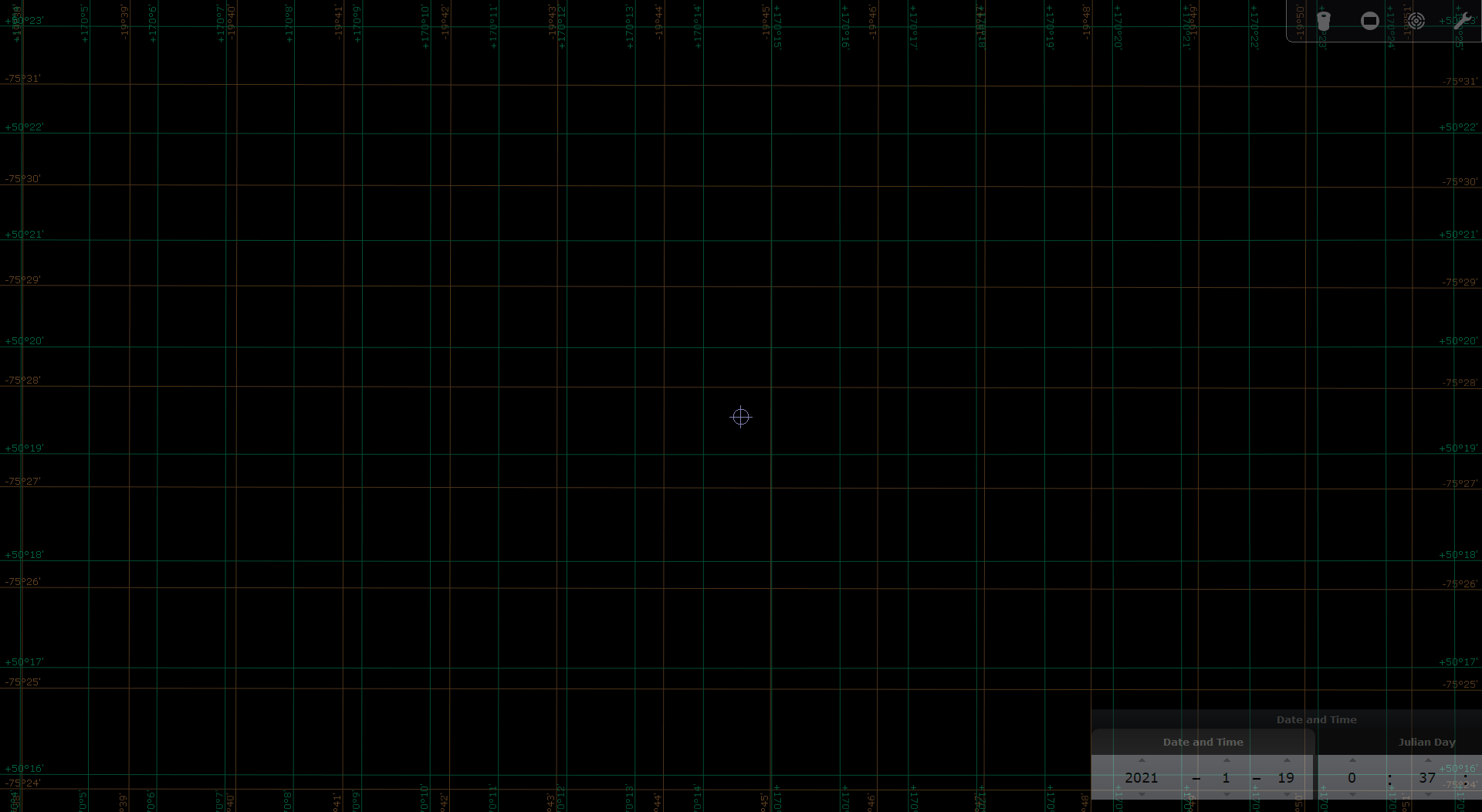 I apologize if this is a weird, vague or naive question.

First the good new, the angular extent, or distance between two points, is constant regardless of the coordinate system used to define the locations.

The bad news is that the computation is more complicated than just taking the difference of coordinates or applying the Pythagorean formula. 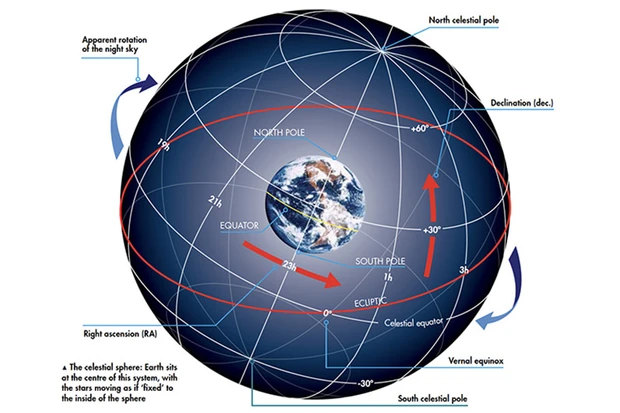 Image from A guide to celestial coordinates

Celestial coordinates are a form of spherical coordinates where the axis are right ascension (the equivalent of longitude) and declination (angle from the celestial equator).

After performing some spherical trigonometry the expression for Angular Distance Between Two Points on a Sphere is found to be: $$\Psi = \arccos\left(\sin\theta_1\sin\theta_2 + \cos\theta_1cos\theta_2\cos(\phi_1-\phi_2)\right)$$ where $\Psi$ is the angular separation, $\phi_1$ and $\phi_2$ are the right ascensions of the first and second direction, and $\theta_1$ and $\theta_2$ are the declinations of the first and second direction.

This same expression can be applied to any spherical coordinate system, regardless of the location of the poles. You will need to be careful to identify the equivalent of the right declinations and declination, and also be aware of if angles are measured from the equator or the poles.