Exact ecliptic position of Earth and Moon from Mars as photographed by Curiosity Rover?

I've been studying the idea of travelling through space and navigation - in particular: Apollo sextant (used by astronauts to plot the position of their spacecraft relative to stars). And, in order to appreciate the fundamental characteristic of the solar system, in terms of planes and orbits, I've also been reading about the route of the recently discovered interstellar Comet 2I/Borisov, which passed through the ecliptic plane from above and exited below the solar system.

Finally, considering that the Moon has a 5° tilt to the Earth, and Mars is on the same ecliptic plane as Earth - where exactly was Mars and Earth and the Moon when this photo was taken by Curiosity Rover as detailed on this space.com article?

I guess Mars was positioned near Earth September Equinox, and Earth positioned just after the Perihelion, and full Moon.

I can't quite understand how the moon seems to be much lower than Earth.

EDIT: answering the general position of the Earth and Moon, which is the first step towards determining the exact.

Interestingly, the light seen from Mars is that reflecting from the surface of the Pacific ocean.

On the question of "exact", there is a difference, obviously, between knowing the exact and general position. And the first knowing is most suited for the purposes of science, navigation, research - whereas the second form of knowing (generally) for the sake of natural curiosity. But, I think there is a great deal to be gained from appreciating both the exact and general position (us and the Earth) in space - I think this can broaden our perspective.

This is (in general) the position of the Earth and Moon as seen from Mars...

Firstly, the mountain range in the background is the same as the range visible in the 2nd image below. We can compare and notice the same peak and shape of the summits. 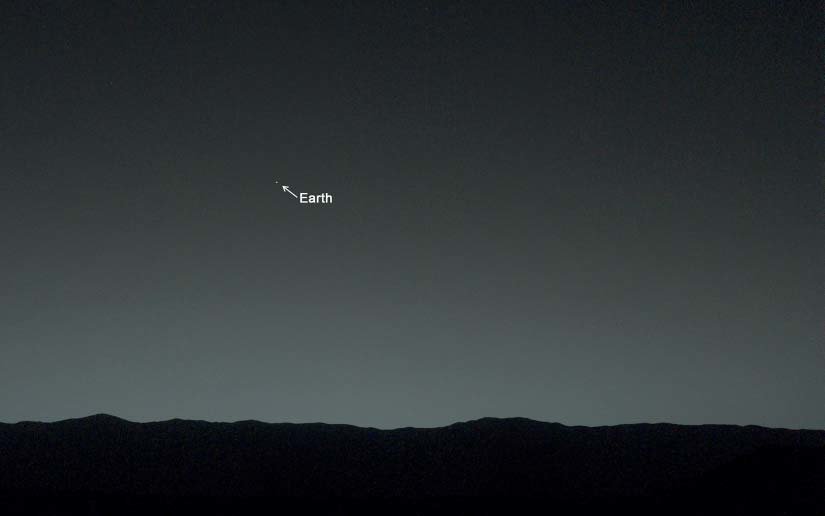 The Dingo Gap is situated at Gale Crater. 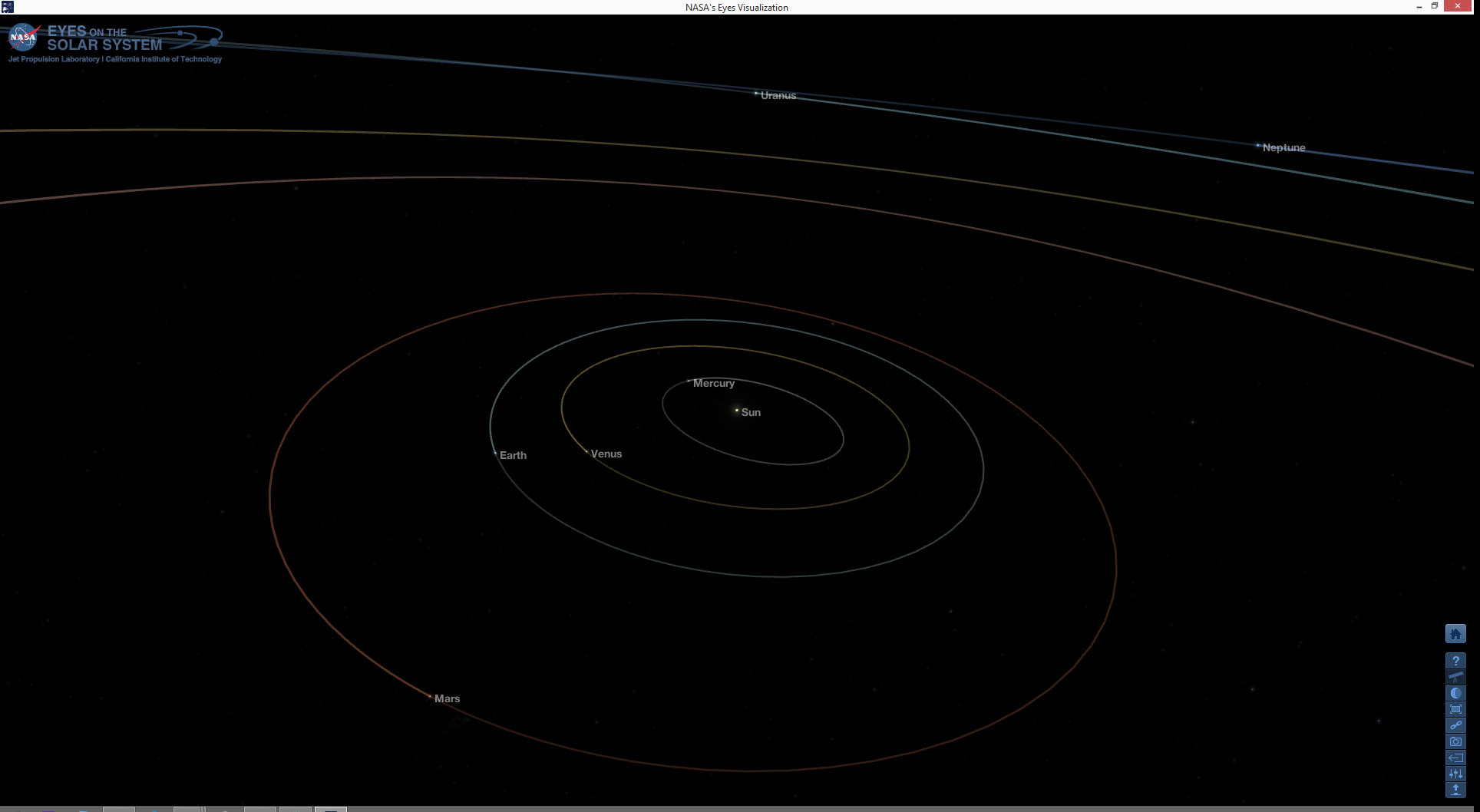 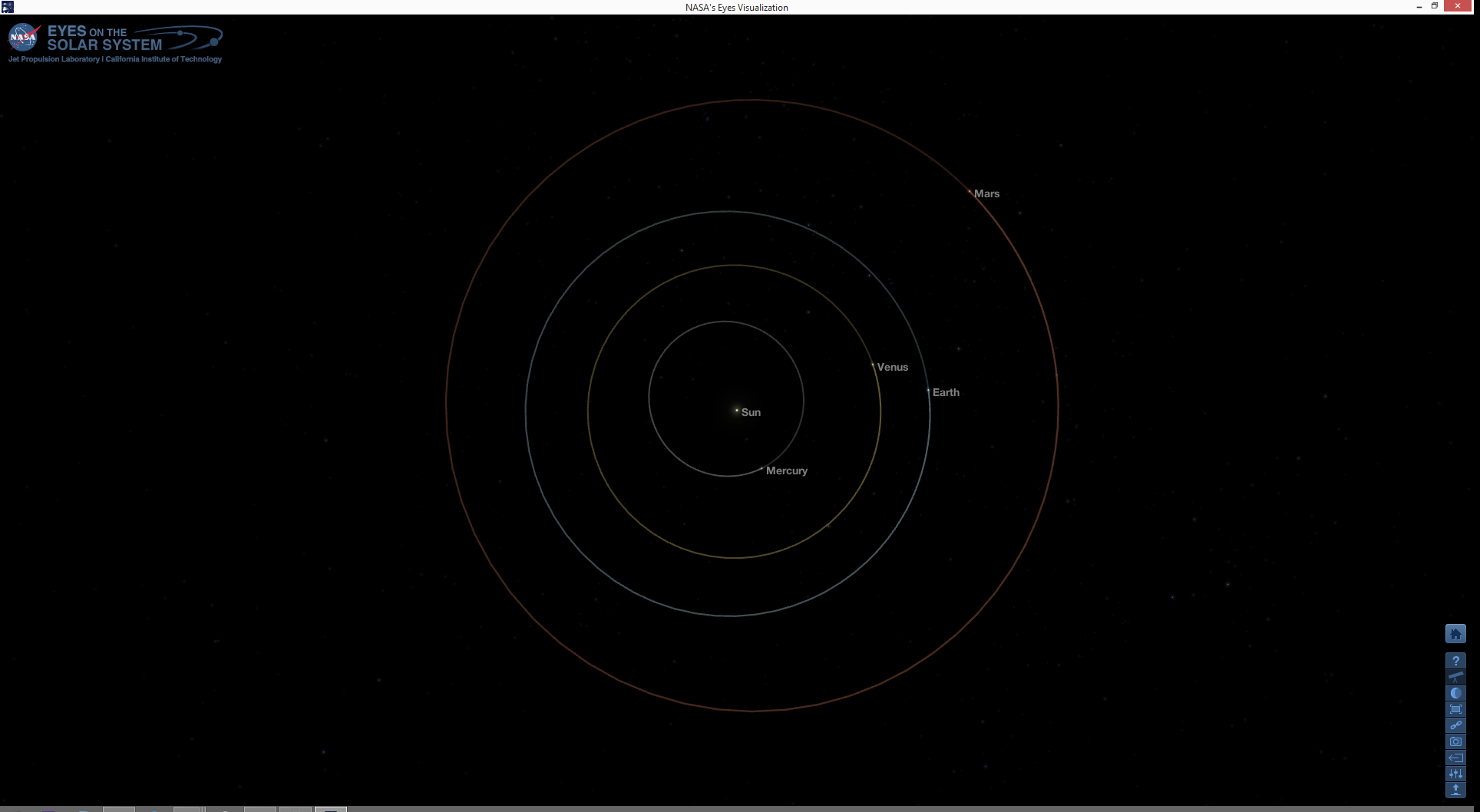 And from beneath the plane... showing us just how far ahead Mars was relative to Earth. 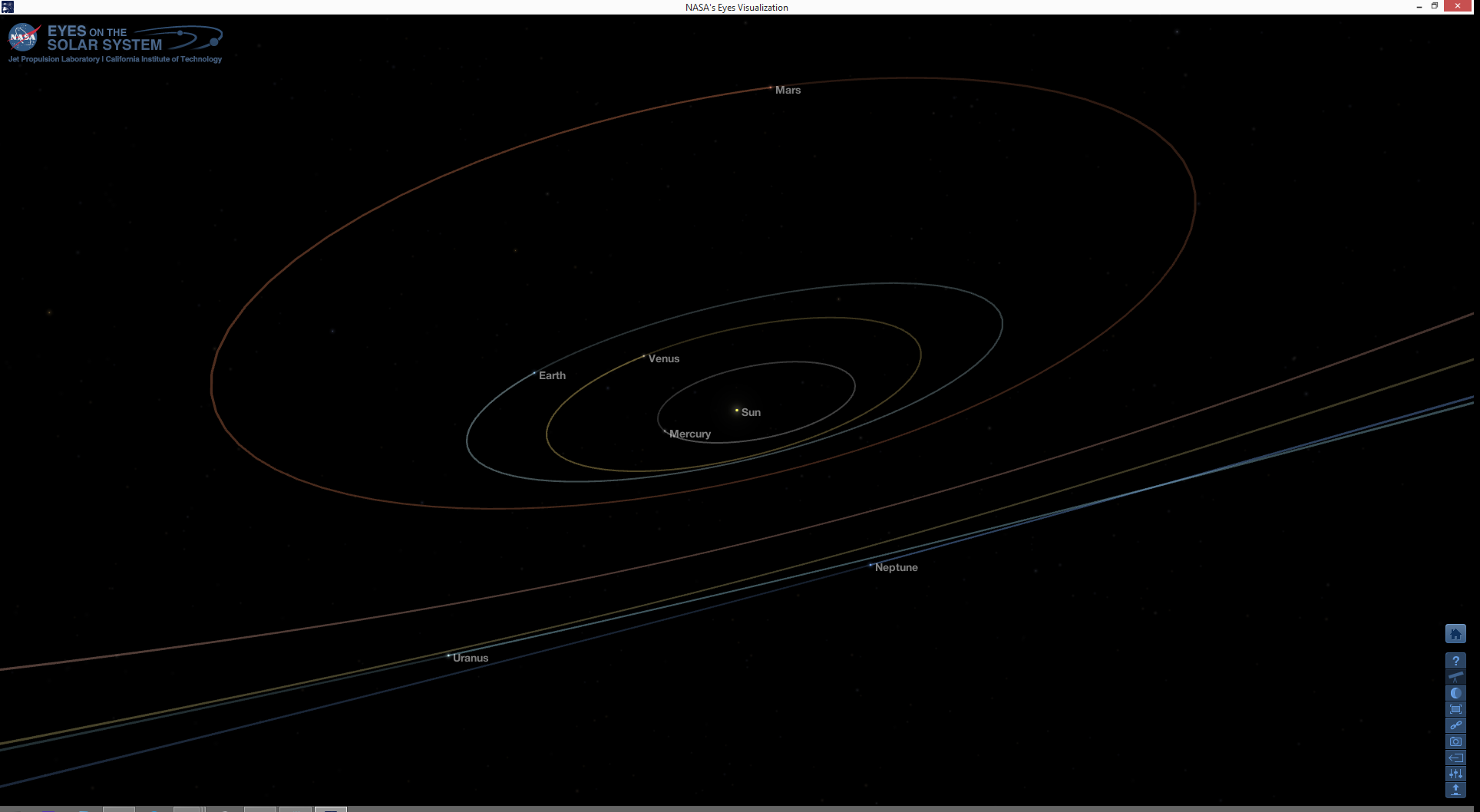 Finally, considering the exact position of the Moon in order to answer the question for why the Moon appears to be positioned beneath Earth.

In fact, the Moon, at the time, was midway through its 5° tilt orbit around Earth. And, from certain angles and from such distance from Mars, could have appeared beneath Earth, as shown in the photo taken by Curiosity. 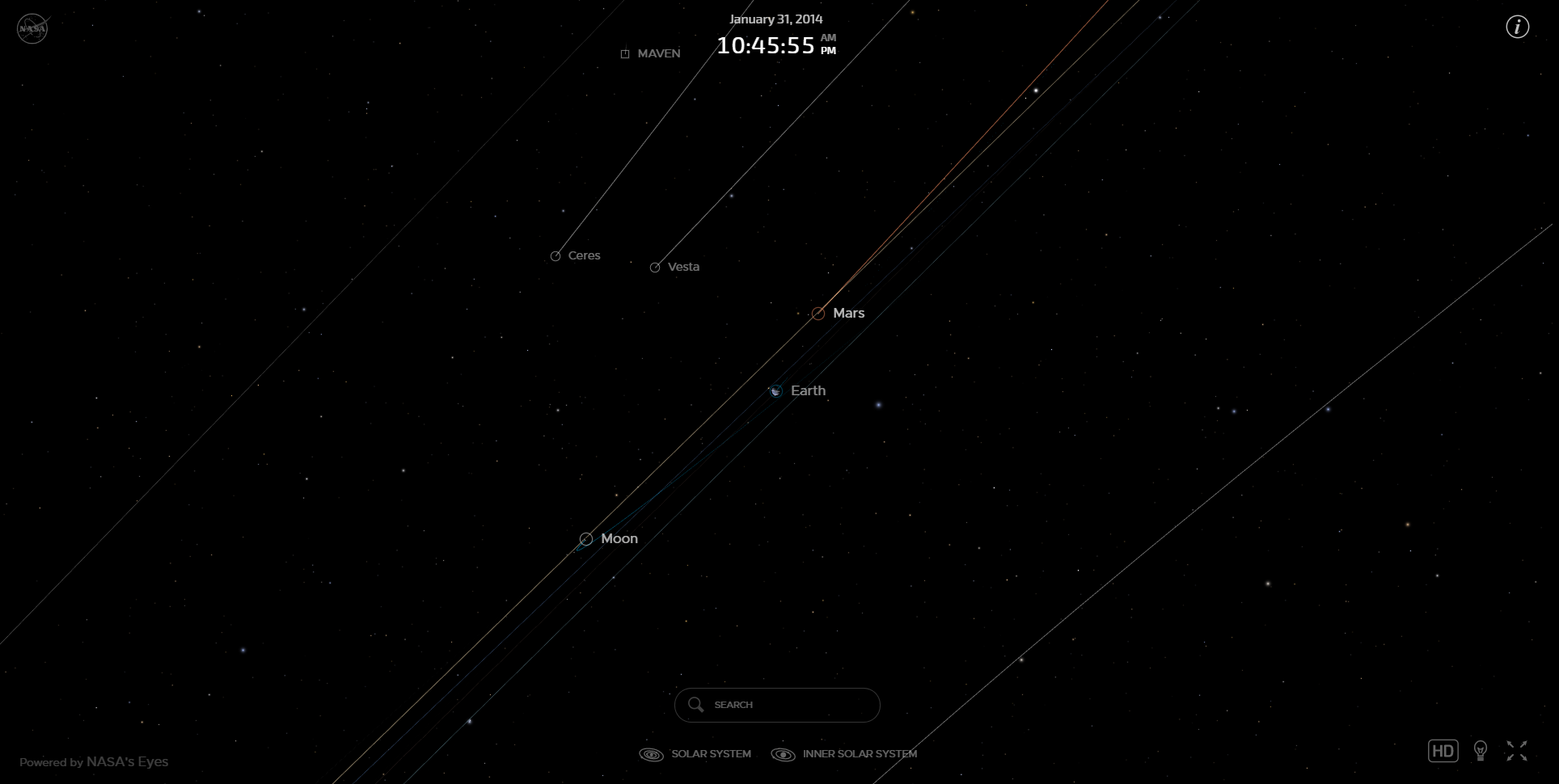 Because our galaxy is at an angle, it is difficult to determine where planets are relative to one another - consequently, from one perspective, as shown in the above image, Earth appears to be ahead of Mars. The only absolute way to determine the general position (visually) of planets is from beneath or above the ecliptic plane(?).

Researchers used the left eye camera of Curiosity's Mast Camera (Mastcam) to capture this scene about 80 minutes after sunset on the 529th Martian day, or sol, of the rover's work on Mars (Jan. 31, 2014).

JPL HORIZONS gives these J2000 heliocentric positions at that time:

In other words, the Moon should appear about 0.11° west of Earth in the Martian sky, or to the right if Mars's north celestial pole is up: 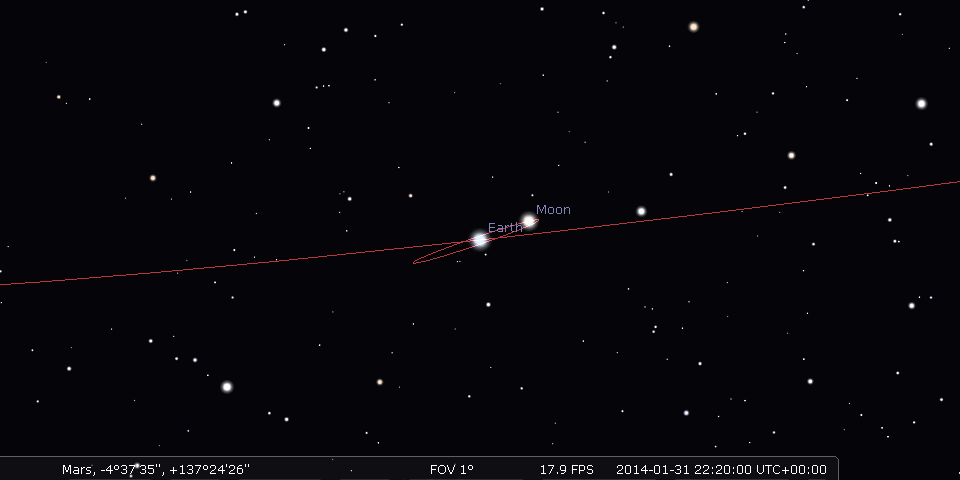 But looking toward the western horizon (zenith up) from a tropical latitude, celestial north is to the right, so the Moon appears below Earth in the photo. 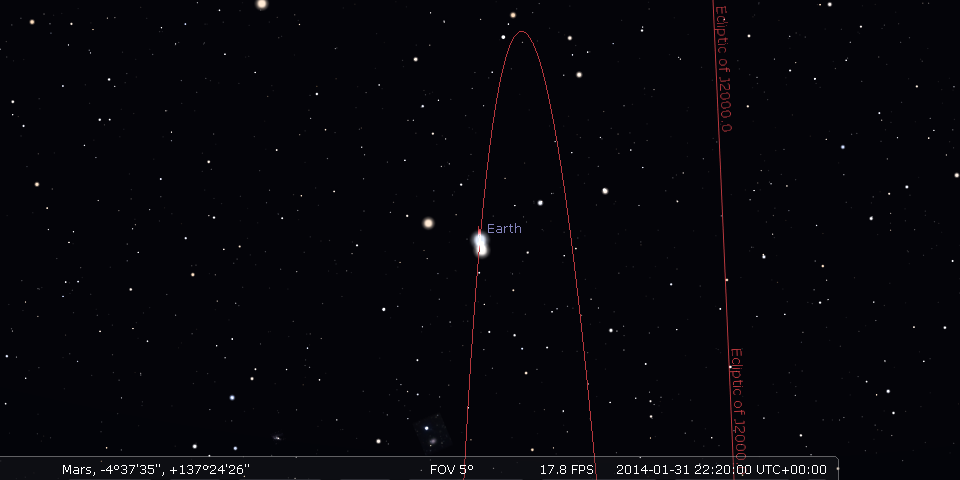 37
Where can I find the positions of the planets, stars, moons, artificial satellites, etc. and visualize them?

10
How easy would be to see the Moon from Mars?
9
When the Moon formed and early on, did it orbit over the Earth's equator?
12
How does the Moon look like from different latitudes of the Earth?
2
Retrogradation movement of planet Mars relatively from Earth by Copernic
3
If the solar system is nearly flat, then why don't all the planets appear to lie on the same axis when viewed from earth?
3
How big and how far away would the moon be if earth was the size of Jupiter?
4
How to calculate the nodal precession range of the Moon with respect to the celestial equator?