What is the mean distance of M53 Nucleus' stars ? (and other Globular Clusters) [duplicate]

Ask Question
Asked 2 months ago
Active 2 months ago
Viewed 21 times
1
$\begingroup$
This question already has answers here:
How would the night sky look from inside a globular cluster? (4 answers)
Closed 2 months ago.

If our Sun were part of this star cluster, the night sky would glow like a jewel box of bright stars.

I opened this question because I've always wondered how days and nights would look like if we were part of a Globular Cluster. 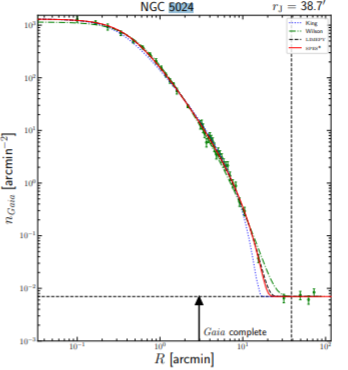 I guess, as a first approach, that this would depend on wether we're part of the "central region" of the Globular Cluster or, instead, closer to the boundaries. Anyways, in the first case (only because I think it's more interesting) I'd like to share some questions:

Browse other questions tagged astrophysics globular-clusters star-cluster or ask your own question.

23
How would the night sky look from inside a globular cluster?