What are those long, smooth, longitudinally-opposing areas from pole to pole on Mercury?

Look at this model and spin it - Mercury 3d model 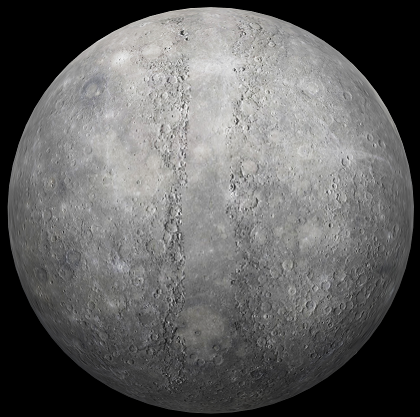 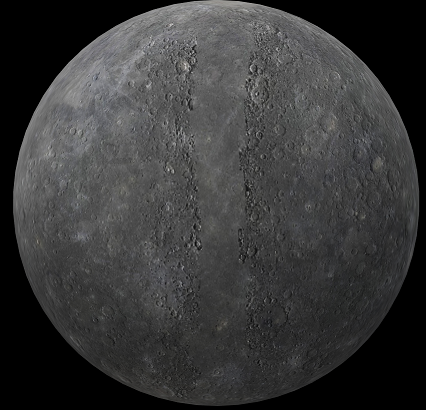 Are those artifacts of stitching together images, or does Mercury really have these opposing, huge pole to pole lines of smoothness?

During the Messenger mission, there were (among many others) two global images of Mercury taken.

One is the so called "Low Incidence Angle Mosaic" which is created from combining images taken at local noon when the Sun is high in the sky and the amount of shadows is reduced. This image is useful to see different types of surfaces.

The other one is the "Morphology Mosaic", taken at a higher incidence angle at local morning / afternoon. This shows enhanced shadows and therefore provides a better view of craters, but there are some areas were not photographed at the right time.

The Mercury 3D model is filled with images of the Morphology Mosaic.

You can see the same smooth areas present in the mosaic if you view it in higher resolution at the link below.
https://messenger.jhuapl.edu/Explore/Images.html#global-mosaics
And, comparing the two mosaics, the smooth looking area is a copy of the low incidence angle image that has been used to replace missing images. So, the only difference between the areas is the incidence angle of the light, making many of the craters almost disappear. The resolution of the image of both areas is the same, but shadows are not. This is also described in the image caption provided by NASA:

Any remaining gaps in the global mosaic were filled by using images obtained in support of the high-incidence imaging campaign.

What are those long, smooth, opposing, longitudinal smooth areas from pole to pole on Mercury?

This is a partial answer because other than "they are not real" it will not tell you what they are. But I can hypothesize.

Here is a mosaic of photographs of Mercury's surface from the MESSENGER spacecraft. It looks weird at the top and bottom because the image is flattened. When wrapped around a sphere correctly the top and bottom edges will correspond to points at the North and South poles. 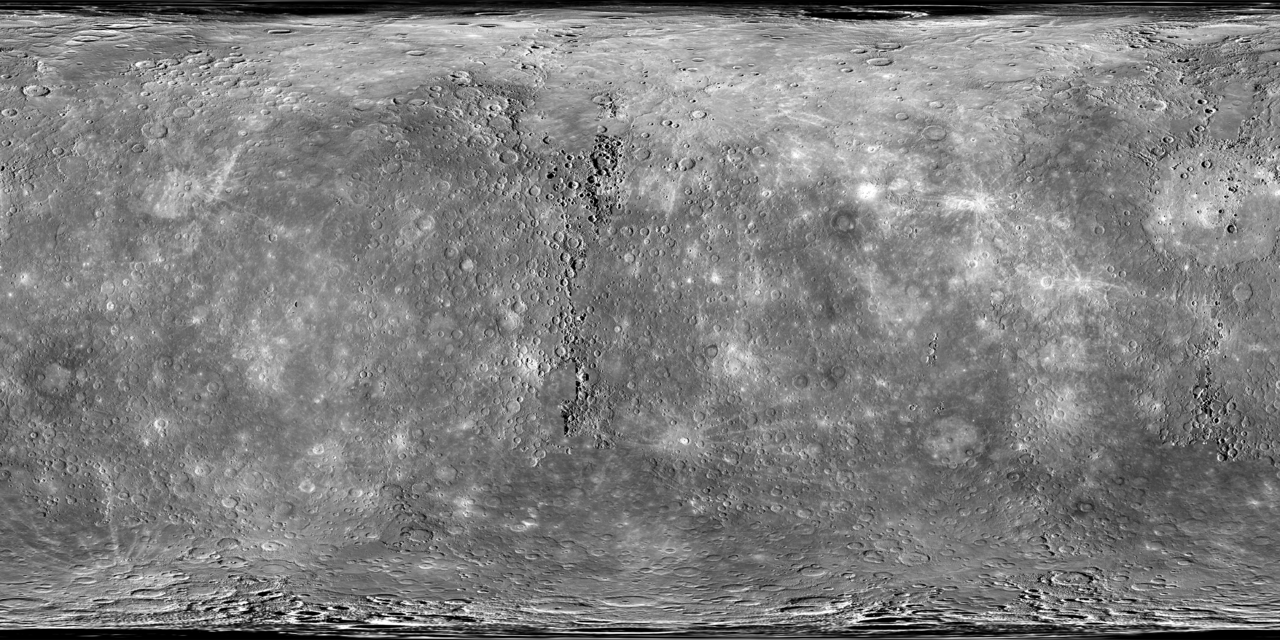 English: At the very end of 2012, MESSENGER obtained the final image needed to view 100% of Mercury's surface under daylight conditions. The mosaics shown here cover all of Mercury's surface and were produced by using the monochrome mosaic released by NASA's Planetary Data System (PDS) on March 8, 2013, as the base. The full resolution mosaics are available for download on MESSENGER's Global Mosaics webpage.

This image is a brightness-corrected version of the original (Mercury - complete mono basemap 2500mpp equirectangular.png). Brightness levels were tuned from [0 - 255] to [30 - 180] for increase of contrast.

They are not real

Those weird structures do not show up in a detailed and complete photographic mosaic of Mercury's surface by the Messenger spacecraft.

If they want to make a "Mercury 3D model" they need height, so perhaps they used Earth-based radar data.

You can find a 3D topography model for Mercury here: 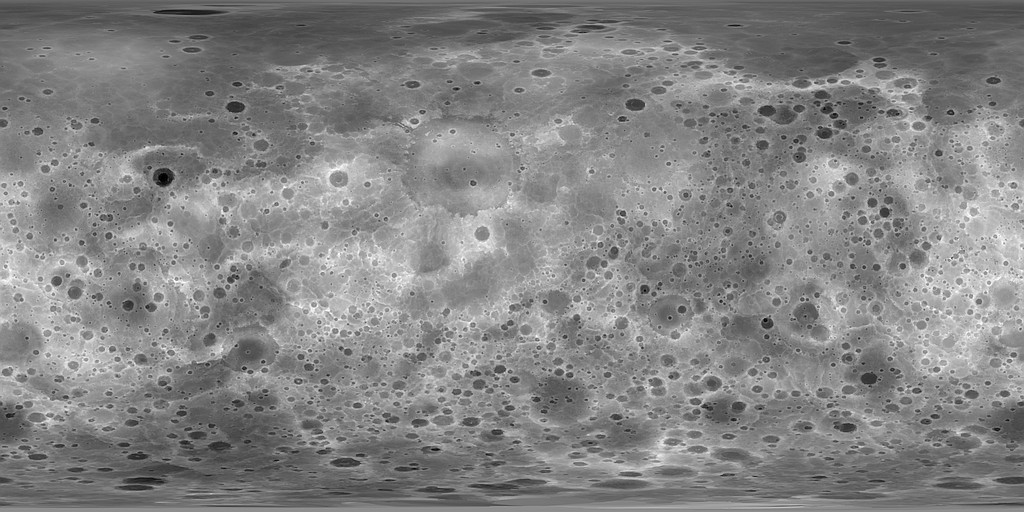 Perhaps what's in the model in the question are artifacts in radar images made from Earth that have problems near the equator, and one theory could be that this model comes from Earth-based radar imaging. Here's an early 1969 radar image of mercury from NASA's SP-4218 To See the Unseen, Chapter 5: 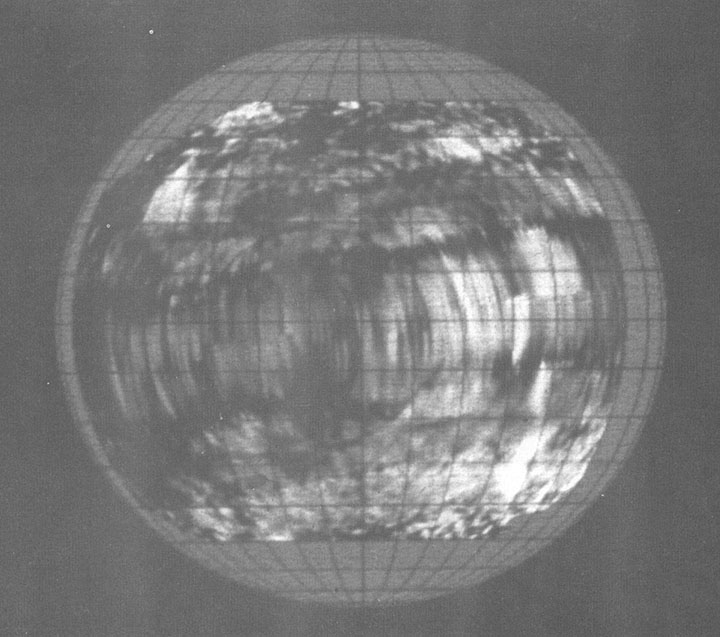 Figure 21. One of the first range-Doppler image of Venus made with a radar interferometer, the Haystack and Westford antennas in tandem, in 1967. Not only are the Alpha and Beta regions discernible, but the complexity of Beta is revealed. (Courtesy of Alan E. E. Rogers.)

Radar maps of Venus show problems near the equator

So perhaps this model is made from some early radar images and then someone filled in the "dead zone" near the equator with a crater pattern.

From Why do radar maps of the surface of Venus have missing slices? 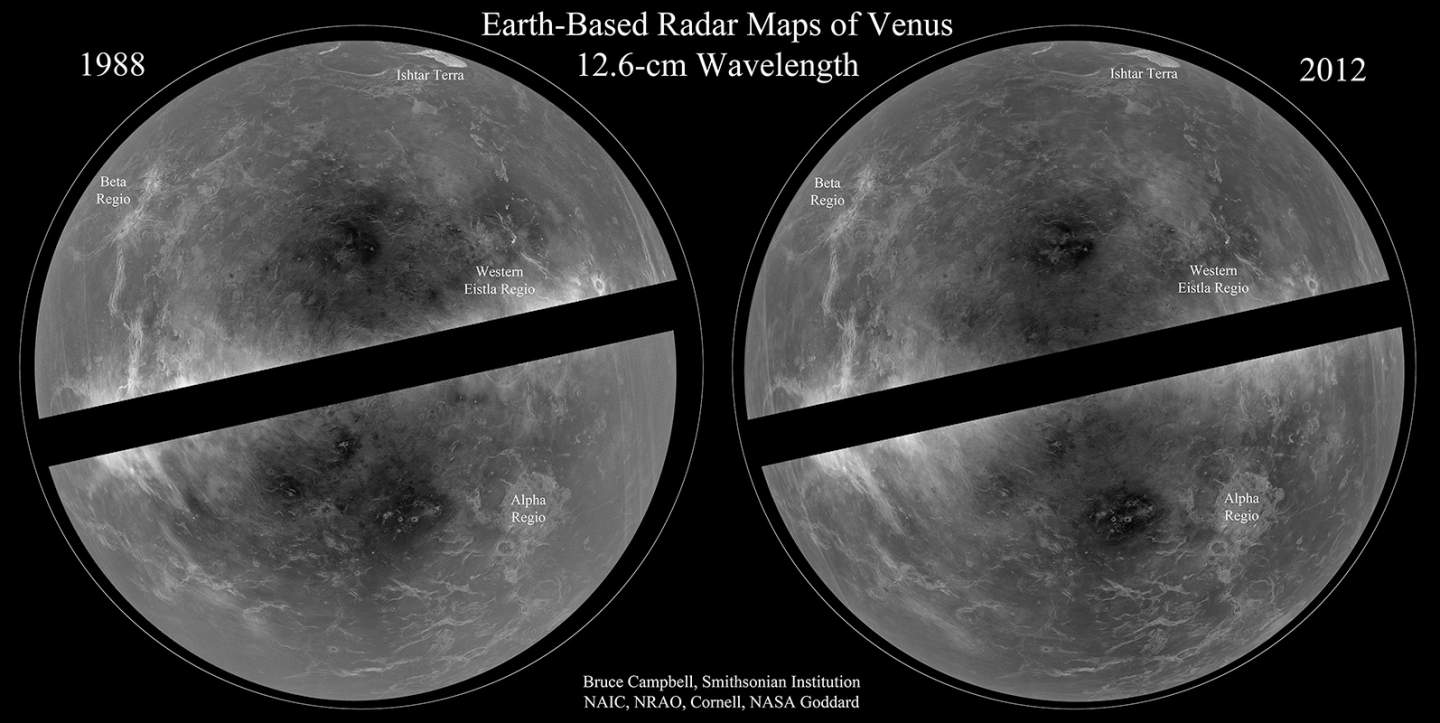 From Smithsonian Air and Space gallery Map of Venus; Maps of Venus collected using Earth-based radar systems in 1988 and 2012.

Not the answer you're looking for? Browse other questions tagged mercury .

1
What does the surface of Mercury look like?
3
Exactly how elliptical is Mercury's orbit, visually, without exaggeration?
2
What effects does the motion of the Sun have on the perihelion precession of Mercury?
12
Are there auroras on Mercury?
6
What effects do CMEs have on planets like Mercury?
3
What is the highest point on Mercury?
5
After what time interval do the closest approaches of Mercury to the Earth repeat?
3
What are the Time Zones on Mercury?
5
Can Mercury be seen from the 60th parallel north on Earth? Shetland, Faroe, Norway, St Petersburg, Alaska