Equivalence of minor epicycle and eccentric

In epicycle-deferent astronomy, adding a second ”minor” epicycle to account for observational discrepancies is observationally equivalent to shifting the deferent into a so-called eccentric, or a circle with a center not at the Earth (see e.g. DeWitt 2010, Worldviews, p. 120, and the illustrations I’ve borrowed from that chapter), as was pointed out already by Hipparchus. Ptolemy famously chose the eccentric approach for the Almagest. I’m trying to wrap my head around how to geometrically prove the equivalence. 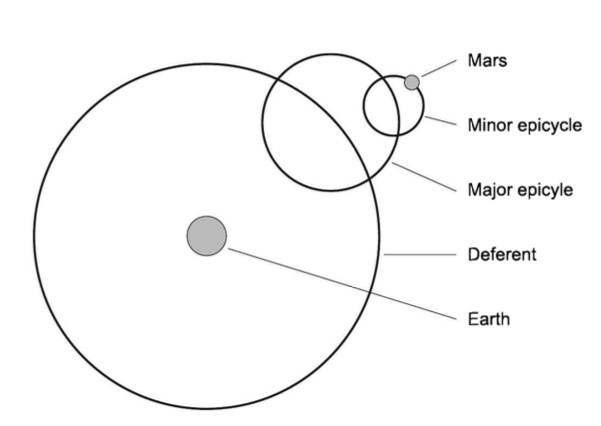 More precisely, the idea I am after is that the addition of a second epicycle to the original epicycloid (compounded only of a deferent and a major epicycle) is supposed to have the same effect upon the movement as projected unto the outer circle of fixed stars by a line of sight from Earth as just shifting the original epicycloid by a distance equal to the diameter of the minor epicycle. I think it’s the earliest proof of an ”empirical equivalence” of two hypotheses. 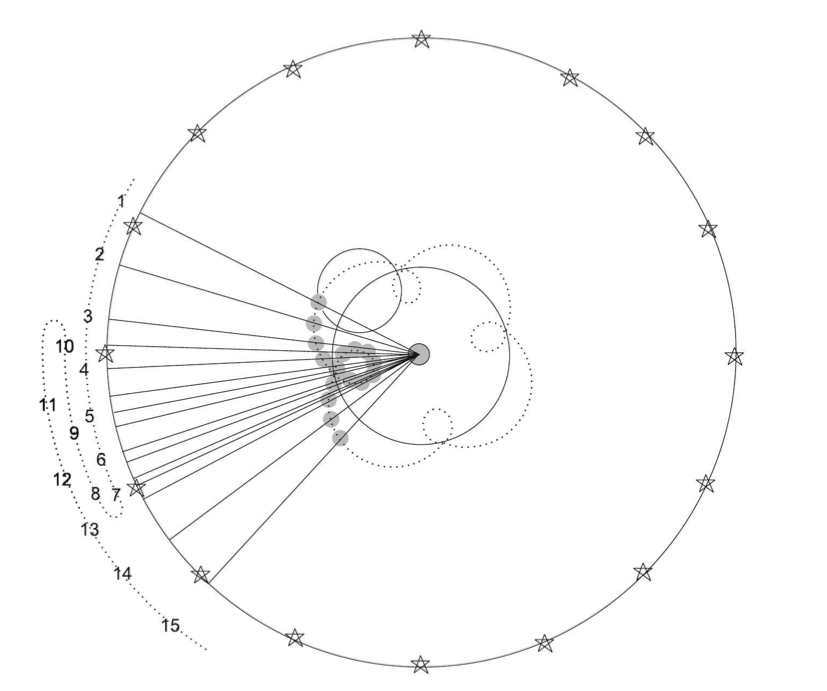 Browse other questions tagged history geocentrism or ask your own question.

5
What's the origin and culture of funny astronomical terminology?
6
When was the term “orbit” (in the modern sense) first used and by whom?
4
How many judges sat on Galileo's trial over heliocentrism and who were they exactly?
4
Numbers 80 to 85 in Ancient Astronomy
7
First observation that the Sun and Jupiter (and friends) move around a common barycenter?
1
The size of Copernicus’ and Ptolemy’s corrections
0
Day,Night, and Year in the Ptolemaic Model
3
Latitude and longitude of Eugene Shoemaker's final resting place?