Serious alternate form of the Drake Equation, or graffiti?

I recently spotted what looked a lot like the Drake equation on the back of a motorcycle, shown in the photo.

Here is the equation from Wikipedia (more here):

and here is what I can make out from the photo

where $X$ represents something I can't read, and note that there is a $B$ at the end that doesn't appear in the Wikipedia version.

The sleeve also contains text which is only partly visible:

Question: Does this representation seem to reflect a serious new or alternate version of the Drake equation, or is it better or more likely characterized as "art" or graffiti? 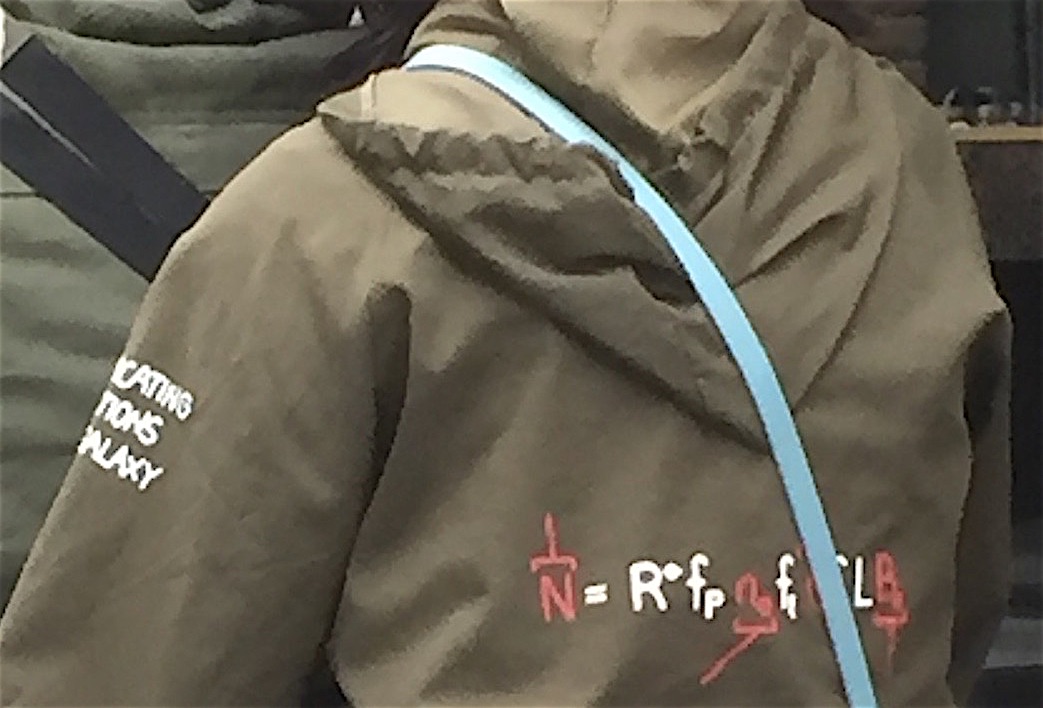 Given the font, it's xkcd 384, The Drake Equation.

The two $X$'s are the other $f$ terms from the original Drake equation, while the $B_S$ is "amount of bullshit you're willing to buy from Frank Drake"

2
Is the Drake Equation an accurate way of finding the probability of life on planets?
3
what is the percentage of stars with planetary systems?