I'm reading a well-cited paper by Szecsi et al. 2015 titled "Low-metallicity massive single stars with rotation". The paper can be found here. I was surprised that figure 5 depicted an HRD in which rapid rotators of 500 km/s evolved bluewards on the HRD. I didn't know any star could move anything but rewards when leaving the ZAMS. Other rotators below that 500 km/s move in a more typical fashion. Can anyone explain what is going on here? 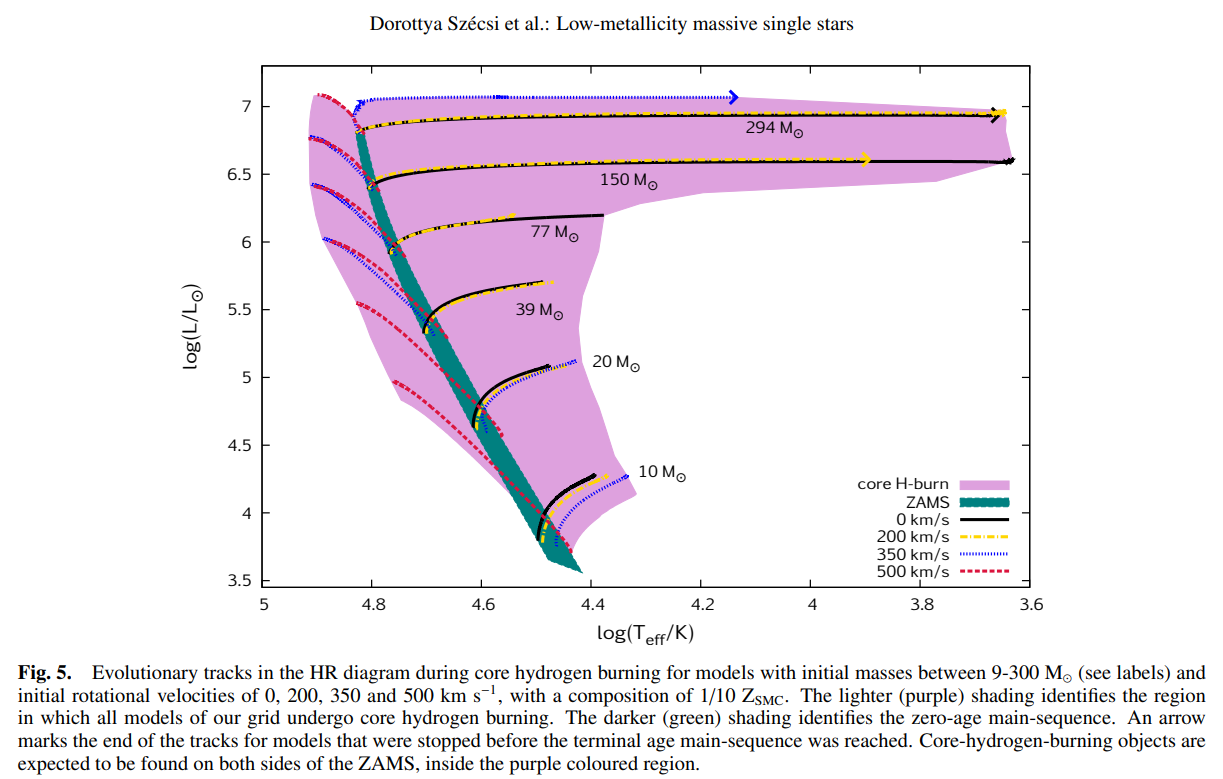 The blueward evolution is a simple consequence of the homology relations for main sequence evolution.

If the star is rotating very fast, then this induces strong mixing of the interior, such that the star can be treated as chemically homogeneous. As main sequence hydrogen burning proceeds, the entire star is gradually turned into helium, with a consequent increase in the mean molecular weight $\mu$.

Therefore, the evolution can be thought of as a sequence of models with similar mass, but increasing $\mu$.

On the face of it, this would appear to more than double the surface temperature during the main sequence evolution. The effect will be mitigated by mass loss and the disproportionate effect on opacity contributed by whatever metals are present (these are not zero metallicity stars).

Not the answer you're looking for? Browse other questions tagged astrophysics stellar-evolution stellar-astrophysics or ask your own question.