Has Hubble photographed Venus in near IR? If so how does it compare to the new and exciting Parker Solar Probe image?

Apparently the image is surprising because it shows surface features of the planet, which was not expected to happen.

"WISPR effectively captured the thermal emission of the Venusian surface," said Brian Wood, an astrophysicist and WISPR team member from the U.S. Naval Research Laboratory in Washington, D.C. "It's very similar to images acquired by the Akatsuki spacecraft at near-infrared wavelengths."

This surprising observation sent the WISPR team back to the lab to measure the instrument's sensitivity to infrared light. If WISPR can indeed pick up near-infrared wavelengths of light, the unforeseen capability would provide new opportunities to study dust around the Sun and in the inner solar system. If it can't pick up extra infrared wavelengths, then these images—showing signatures of features on Venus' surface—may have revealed a previously unknown "window" through the Venusian atmosphere.

"Either way," Vourlidas said, "some exciting science opportunities await us."

Wikipedia's Akatsuki_(spacecraft) says that it had:

Wikipedia gives the average surface temperature of Venus as 737 K which is 464 °C. I've plotted a Planck distribution for that temperature below.

Venus is hot enough where thermal radiation can be found in "near IR" and not just "thermal IR" which explains the mixing of the terms in the article.

The Wide-Field Imager for Solar Probe Plus (WISPR) (paywalled but also found here and here) gives the specifications for the two cameras comprising WISPR:

With nominal cutoffs at 725 and 740 nm one might not expect to pick up much radiant light from Venus' surface compared to reflected sunlight from the clouds in these spectral ranges, thus the excitement!

The NASA JPL page Venus Cloud Tops Viewed by Hubble has an image of Venus taken by Hubble in ultraviolet.

Question: Has Hubble photographed Venus in near IR? If so how does it compare to the new Parker Solar Probe image?

Wikipedia's Hubble Space Telescope gives the spectral range of the WFC3 as 0.2–1.7 μm (WFC2 was 120 to 1000 nm) so If there is a filter that coincides with whatever spectral window of Venus' atmosphere is involved in this, it's possible that the effect may have been spotted earlier. 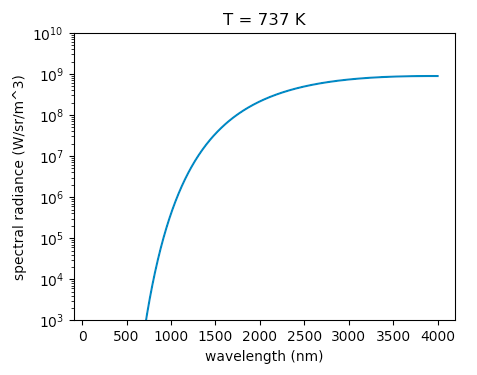 When flying past Venus in July 2020, Parker Solar Probe's WISPR instrument, short for Wide-field Imager for Parker Solar Probe, detected a bright rim around the edge of the planet that may be nightglow -- light emitted by oxygen atoms high in the atmosphere that recombine into molecules in the nightside. The prominent dark feature in the center of the image is Aphrodite Terra, the largest highland region on the Venusian surface. Bright streaks in WISPR, such as the ones seen here, are typically caused by a combination of charged particles -- called cosmic rays -- sunlight reflected by grains of space dust, and particles of material expelled from the spacecraft's structures after impact with those dust grains. The number of streaks varies along the orbit or when the spacecraft is traveling at different speeds, and scientists are still in discussion about the specific origins of the streaks here. The dark spot appearing on the lower portion of Venus is an artifact from the WISPR instrument. 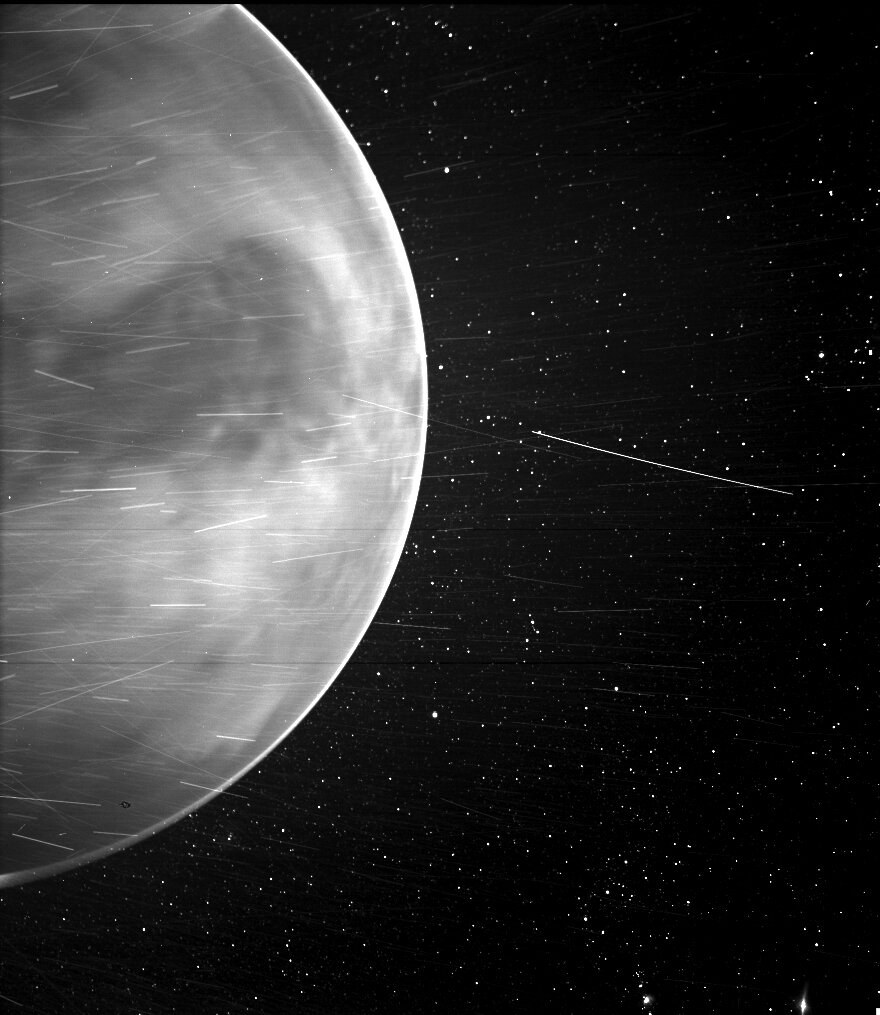 This web page -- "Here is why the Hubble Space Telescope only looked a few times at Venus (and why it looked at the Moon instead)" -- seems like a pretty good answer to your main question (note: "MAST" = Mukulski Archive for Space Telescopes):

There are only a few times the Hubble Space Telescope did look to Venus according to MAST. Once in 1995 with the Wide-Field and Planetary Camera 2 (WFPC2) and the High Resolution Spectrograph (HRS), the second time was STIS [an optical spectrograph] in 2013.

So the two WFPC2 F218W and F255W [near-UV] images that we have of Venus with the Hubble Space Telescope are maybe the only sharp images of Venus by Hubble.

And of course the reason for this paucity is not too mysterious:

So, apparently no near-infrared images with HST.

Not the answer you're looking for? Browse other questions tagged photography venus hubble-telescope instruments parker-solar-probe .

1
What discoveries were made thanks to Pioneer orbiter data?

5
How fast does Venus move as seen from the earth?
6
How does the Hubble telescope capture long-exposure photos?
5
How large part of the sky has Hubble observed?
4
What's going on in this photo of Halley's comet's tail?
2
How does the Hubble Space Telescope "Drift and Shift"?
4
Has Hubble ever been used to try to image a near Earth asteroid?
8
Why does the Parker Solar Probe slow down as the distance from the Sun increases?
2
Are the dispersion directions of the prism and the grating in Hubble WFC3 UVIS G280 perpendicular? Can we call this a "grism"? With cross-disparsion?
9
The Sun's Alfvén critical surface; what was known about its existence and location before Parker Solar Probe "touched the Sun"?
6
How did Parker Solar Probe take what looks like 2D cross-sections of the solar wind in photographs; high contrast streaks in focus from volume effect?