Based on what I found in Stellarium, for Vlissingen, Netherlands, on July 2, 1666 there was a partial eclipse with a change of apparent brightness -26.71 to -25.89.

Is it valid to say based on the chart below that the sun would've appeared a little more than 50% dimmer at maximum compared to before the eclipse?

If not, approximately how much dimmer was the sun during this eclipse, based on the values given by Stellarium? 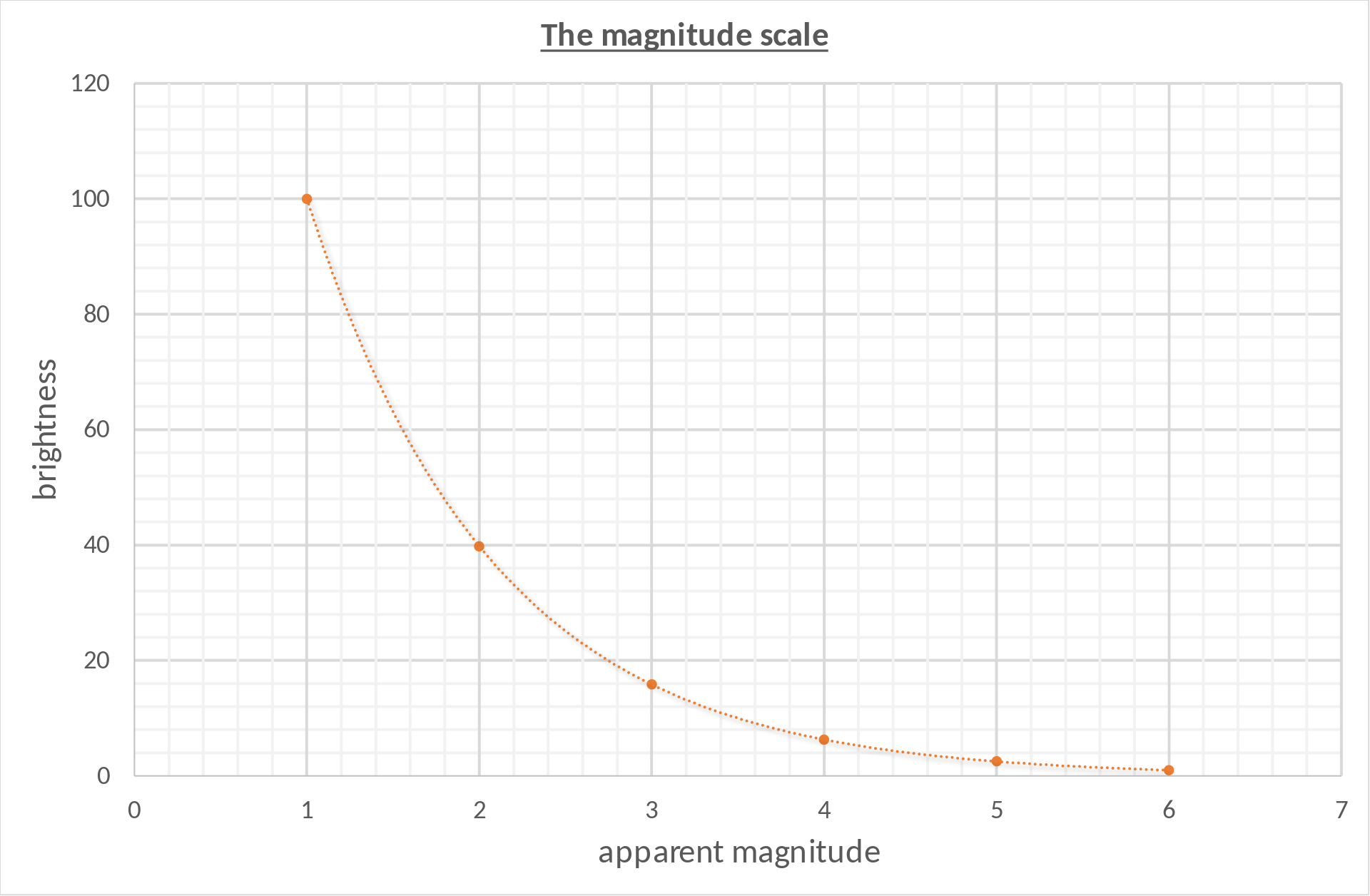 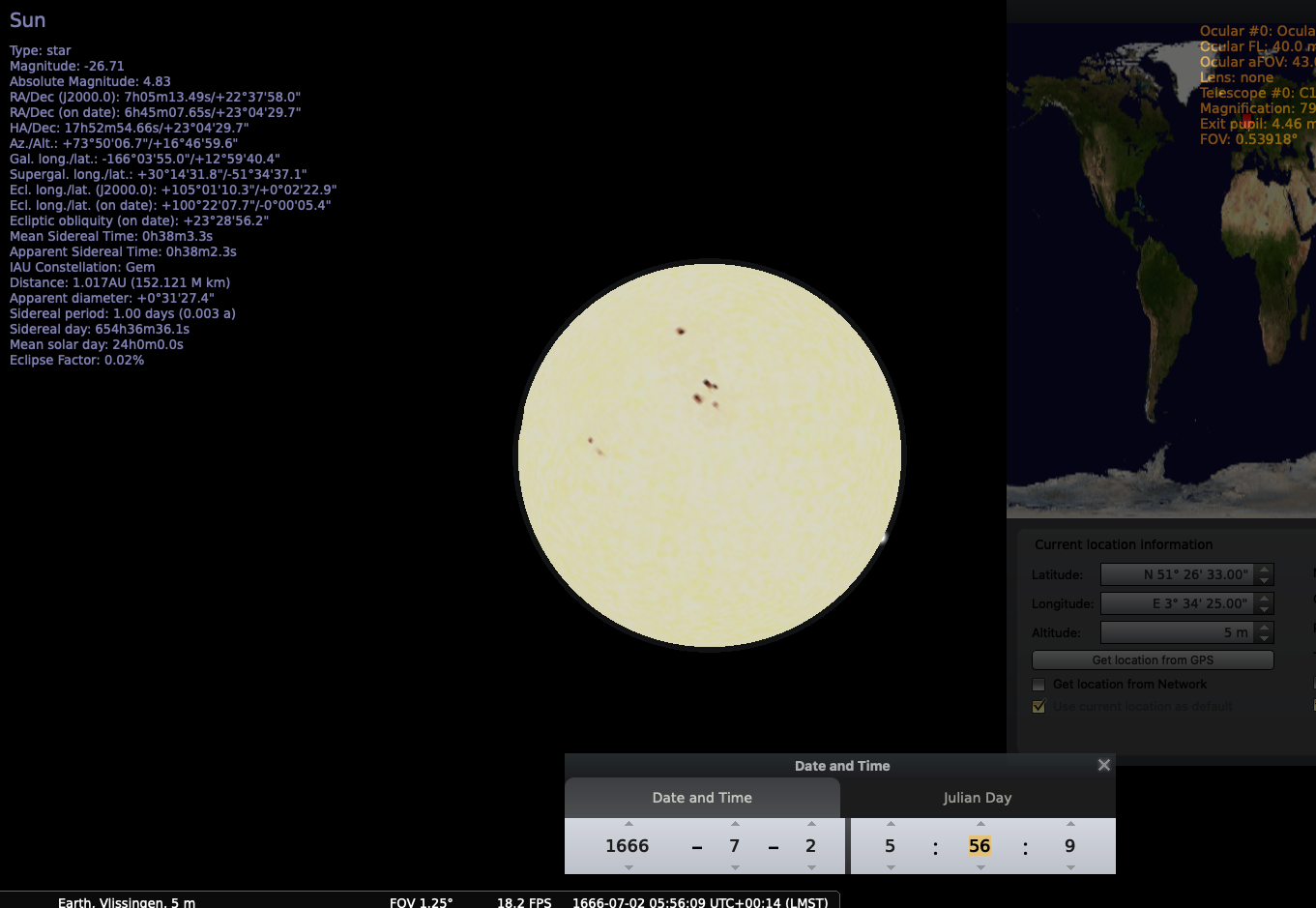 above: Just before the start of the eclipse. below: At maximum 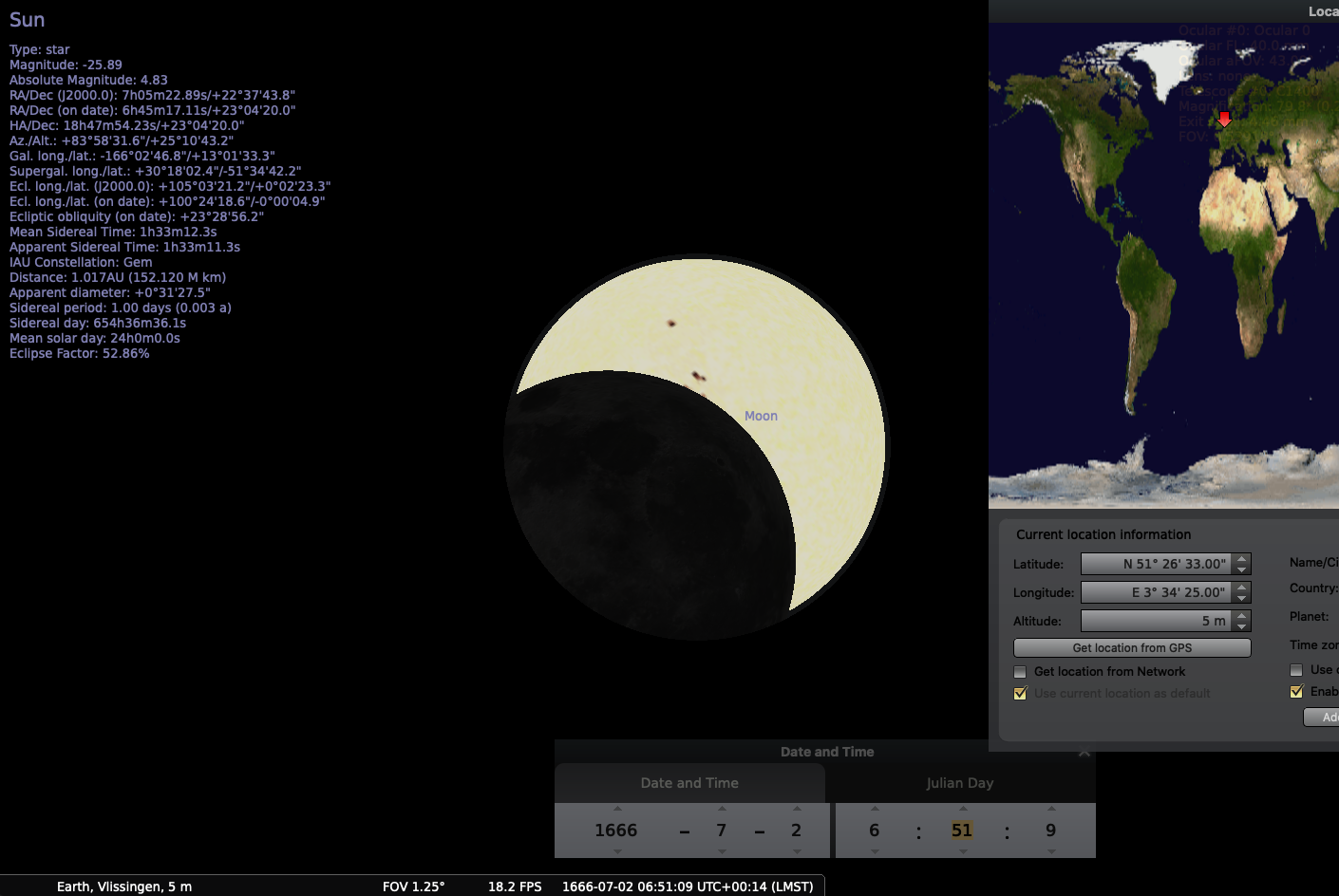 There are two ways to think about this change: firstly in terms of the amount of light energy. The rule for magnitudes is that "five magnitudes is a factor of 100" So to find the change in luminosity between two magnitudes you can calculate

With your values I get 0.47, or about half as bright at full eclipse.

The second way is to note that your eyes (and brain) actually do a good job of compensating for huge variation in brightness. Unless you are looking towards the sun (with your safety glasses of course) you probably won't notice the difference in illumination. In the 1999 eclipse, it was only at 90%+ coverage that there was any apparent change in illumination. The burghers of Vlissingen may have been blissfully unaware.

Not the answer you're looking for? Browse other questions tagged solar-eclipse apparent-magnitude or ask your own question.