How far apart is the dust in the Sombrero Galaxy's dust lane?

In his answer to this question, TildalWave made this remark: 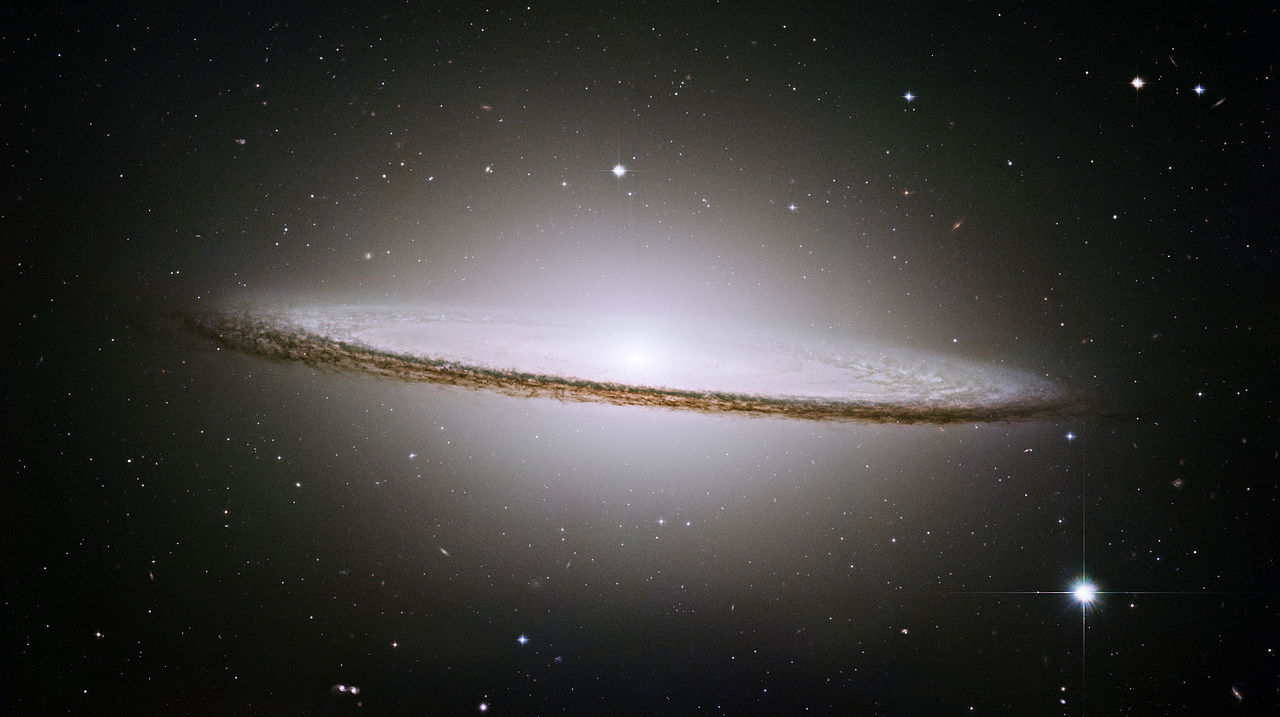 Since it almost feels like I can see individual 'pieces' of dust in the lane, it would follow that the particles must be very far apart. Just how far apart are they? Are they grouped in clumps, or relatively evenly space?

How far apart they are?

No idea. Somebody else might help to provide a density distribution.

Are they grouped in clumps or relatively even spaced?

This is what I really wanted to answer. They are in a concentric ring-like structure around the galaxy. The maximum optical depth is 0.8 with a mean value of 0.3. By the way, optical depth gives you a nice idea of how far apart they might be, not a good density distribution but you can get the physical picture in mind.

Moreover, the discussion is complicated by the fact that we don't really have a formal definition of what is dust. But one "definition" takes the minumum size as a conglomeration of a few molecules, and the maximum size as "what has time to grow in a formation process" (these dust particles can later "stick together" and grow to form pebbles, rocks, asteroids, and planets. That's why any definition will be arbitrary).

In a dust-dense region of the interstellar medium, this results in a typical mean density of roughly one dust particle per cubic centimeter.

14
What is the predominant element in the dust of the Sombrero Galaxy?

14
What is the predominant element in the dust of the Sombrero Galaxy?
3
Where does the dust on 67P/Churyumov-Gerasimenko come from?
1
How do astronomers estimate the total mass of dust in clouds and galaxies?
4
Why dust is optically thin in Far Infrared wavelengths?
8
What is the origin of the dust near the sun?
6
What is the physics of the "spinning dust" contribution to Cosmic Microwave Background measurements?
3
Why doesn't the equipartition theorem disallow spinning dust?
0
Has "GHz-spinning dust" ever been demonstrated in the laboratory?
3
How do we know that the discovered M87 black hole isn't just a star surrounded by a dust disk?