Density of stars on celestial sphere

The pattern of stars on the surface of the celestial sphere seems perceptually to have an universally looking structure. If you pick a region of the sky at random, for instance by using the (excellent) set of tools from the stellarium suite you get for example this: 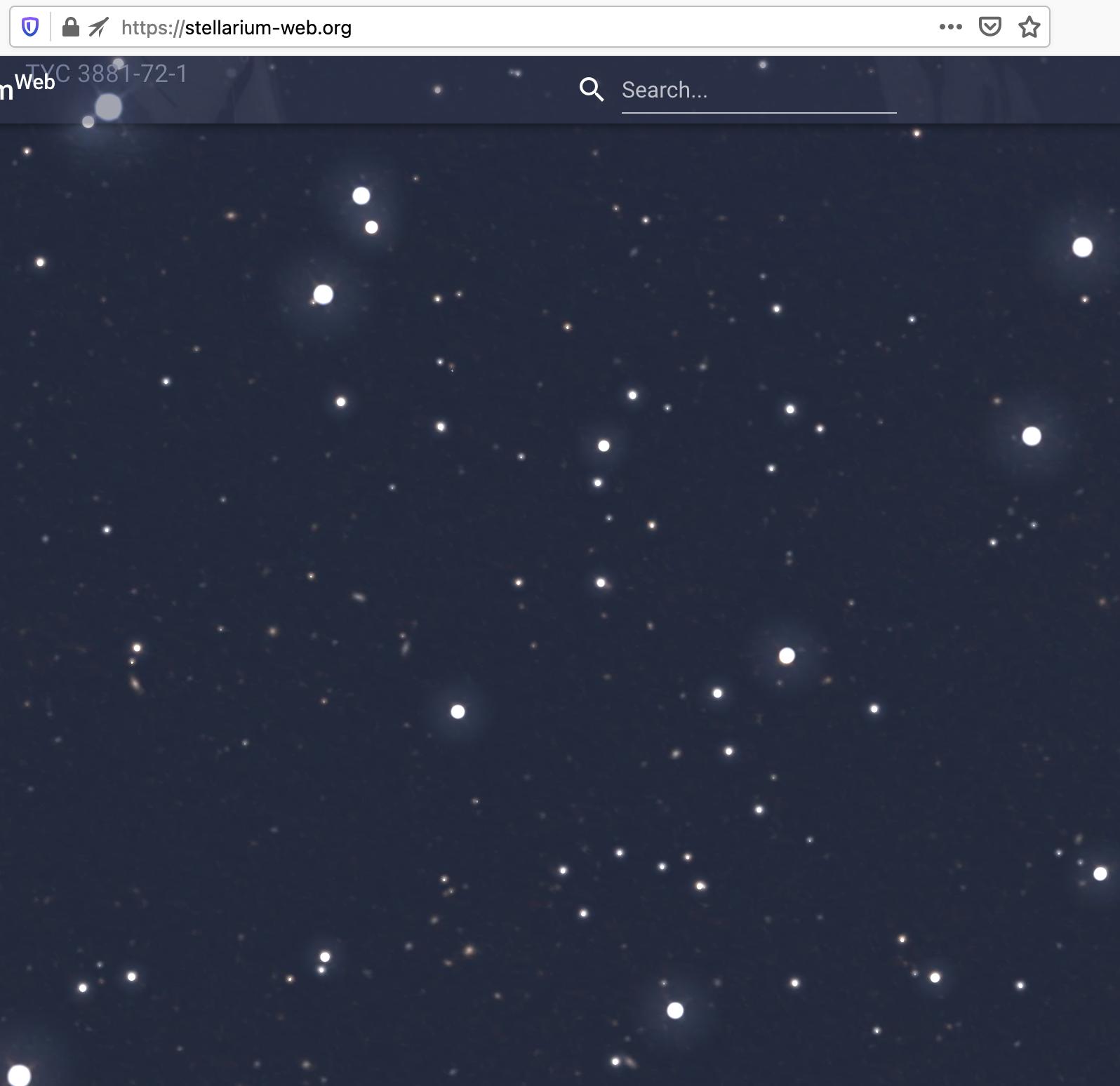 There are bigger structures, like the milky way or more clustered areas, but on a smaller scale (like that you will see in binoculars with a field of view of the size of the moon), you will very often get this similar pattern. This looks to me very much like a self-similar fractal and I am curious to know if anybody knows more about it.

As a bonus, is there a map estimating this density for different areas of the celestial sphere? Clearly, the milky way is more crowded and would perhaps have more structure...

If stars are uniformly distributed with density $\rho$ per cubic parsec, out to a distance $d$ parsecs, then that volume contains $4\pi \rho d^3/3$ stars spread over the whole sky.

The angular size of the whole sky is 41,252.96125 square degrees, so you would divide by that number to estimate the stellar density in stars per square degree.

This assumes that you can see all the stars. In practice you cannot, because of dust extinction and because stars become fainter the further away they are. You can account for these in any calculation but the details depend on the luminosity function of the stars, the distribution of dust and the instrumental properties of the telescope/detector used to take the picture.

If we consider a 3D Poisson distribution over some 3D volume $V$, the rate/density of the orthogonal projection onto a plane will at each point will be the 3D rare $\lambda$ multiplied by integrated length along the projection that is inside $V$. So a unit cube will produce a square with the same rate if projected along one of its axes (and a hexagon with uneven rate along other directions). If the rate is spatially varying $\lambda(x,y,z)$ the projection will just be $\lambda(x,y)=\int \lambda(x,y,z) dz$.

Note that an infinite space with finite $\lambda$ will produce an infinite point density. Real skies (1) have uneven rates so that most rays stop finding new stars at the edge of the galaxy and remote galaxies are sparse enough that they produce a finite projection, (2) the finite age of the universe allows setting an upper distance limit, and (3) you are actually interested in stars of a certain magnitude range, and remote stars will be dimmed by distance. That means that there is a distance fading factor $f(z)$ multiplying the rate, $\lambda(x,y)=\int \lambda(x,y,z) f(z) dz$.

Building on the answers from @anders-sandberg and @ProfRob I think I get an answer for my own question. I am most certainly reinventing the wheel, but it has been fun. Please comment or edit if you know any pointer on a similar derivation.

As a consequence, there are stars in all directions, but they have different luminances due to their distance. It is easy to derive the probability distribution of the distance for such a model and by a change of variable, one can find that of luminance as :

This is what you get with a simple simulation by placing stars at random positions in the universe but also if you plot the distribution of the luminance for stars drawn from a catalog of more than 100k stars (left panel):

In addition, it is also a way to build a very simple model for generating images of the night sky (right panel).

The full details of my musings are available in this blog post.

PS: the other part of my question (can such a model be used to fit the density of stars in different areas of the sky?) will be for another time...

PS2: There is a relation with Olbers' paradox which I discuss in the post...

Not the answer you're looking for? Browse other questions tagged universe space night-sky or ask your own question.

5
Universe as 2d sphere surface - a round trip?
2
Comparing accuracy in Starry Night and Alcyone Software
2
What would the night sky look like from a planet at the centre of a ring galaxy?
19
Are the stars distributed in uniform distribution, on the celestial dome, with respect to brightness?