Is S2 still the fastest known star in the galaxy?

Wikipedia's entry for the star S2 says that it has

But the referenced link to the press release Surfing a Black Hole is dated 2002. Have any stars with faster orbital speeds at perimelasma (periapsis for a black hole orbit) in the 19 years since this press release? Is it possible that there is a star on an even faster orbital trajectory than S2 or has any such possibility been ruled out?

The plot shows its orbit (in red) compared with other stars in the region. 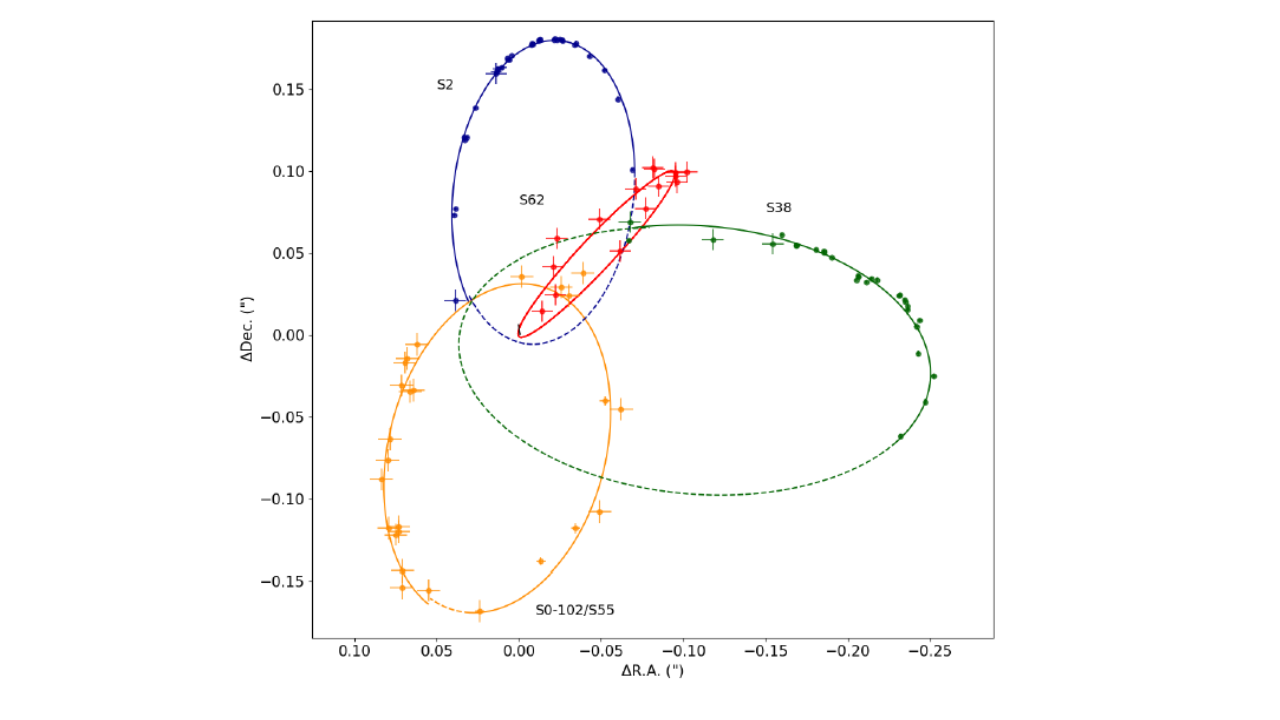 $^1$ Of course that is the speed as seen by a distant observer. If you were to go there and put a speed gun on it as it went past, then it would be a touch larger.

There are a couple of stars with smaller orbits (and hence faster average speeds) S55 and S62. Of these, S62 has a faster speed at periapsis, approximately 10% of the speed of light:

the orbital time scale is measured to be 9.9 years, the next peri-center passage will be around March 2023. During that passage, the star will have a velocity of about 10% the speed of light. (S62 on a 9.9-year orbit around SgrA*. Florian Peiβker, Andreas Eckart and Marzieh Parsa, paper in preprint in Feb 2020)

11
Was GRAVITY built to look at one star?
4
Orbital path projections onto a 2D plane

4
What star system/Galaxy did LIGO observe the gravity wave?
1
What is the most asymmetric known planet?
5
What effect does time dilation have on bodies orbiting close to Black Holes?
2
Coordinates of known black holes in our Galaxy (Milky Way)
1
What is the fastest a galaxy or other body has been measured to (or can) travel?
5
Is there a database of all known star names/identifiers?
9
Which star / galaxy is moving away from us the fastest?
1
Could S5-HVS1 conceivably still hold on to any planets?
4
Any known Triple Star Systems with this hierarchy?
3
Are there any known neutron star - supergiant binaries?