What would "the next GAIA"-like instrument be like? Could it simply be a 3 to 5x scaled-up version of the same beautiful system?

This excellent, thorough and well-sourced answer to Has a gravitational microlensing event ever been predicted? If so, has it been observed? mentions several works where hundreds to thousands of events are predicted.

Roughly speaking these are within the next 50 years and require space telescopes due to the sub mas and sub mmag sizes of the astrometric and photometric microlensing effects, respectively.

In the pre-Gaia era, this was effectively impossible to do, since positions and proper motions weren't precise enough for a large enough sample of stars. With the release of Gaia data, though, it has become an active area of research.

This is certainly a challenge for the CCD array, which may have to be a factor $f^2$ larger physically but (presumably, naively) have a factor of $f^4$ more pixels in order to fully exploit the improved diffraction limit, and that may have serious noise side-effects.

Question: Could a next generation GAIA simply be scaled up by a factor of 3x or 5x of the same beautiful system of two rectangular primary mirrors pointing 106.5 apart, imaging on the same focal plane at the same time on a big silicon carbide "optical bench" slowly and steadily rotating in synch with the CCD readout speed? If not, what would "the next GAIA"-like instrument be like? 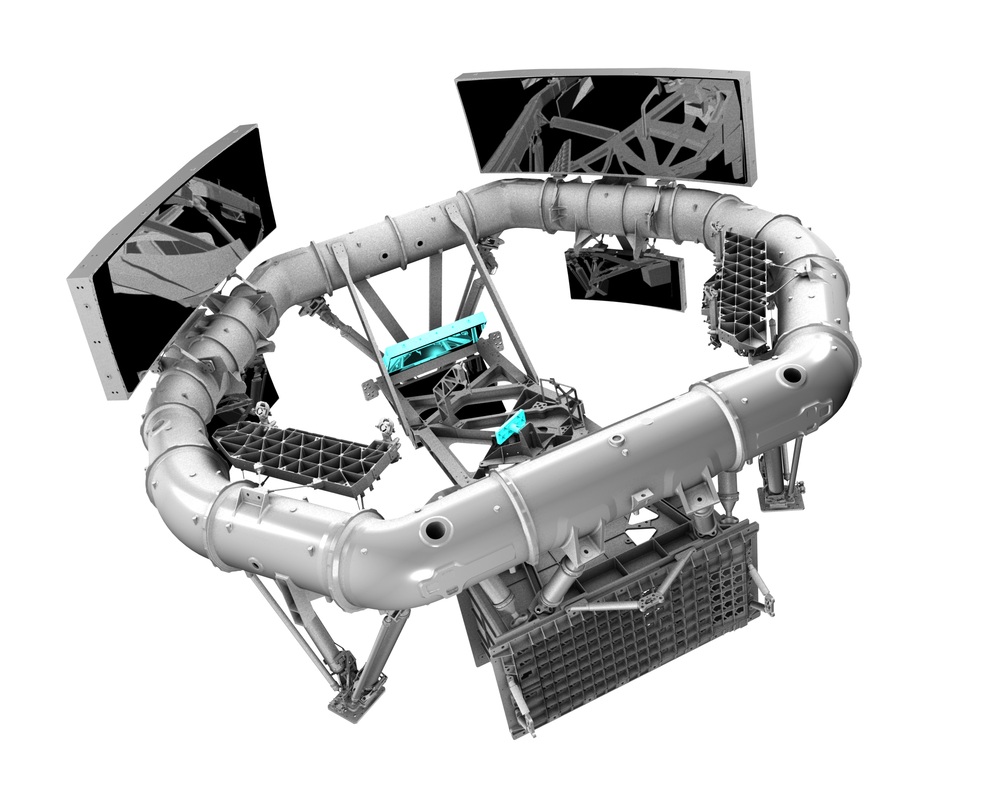 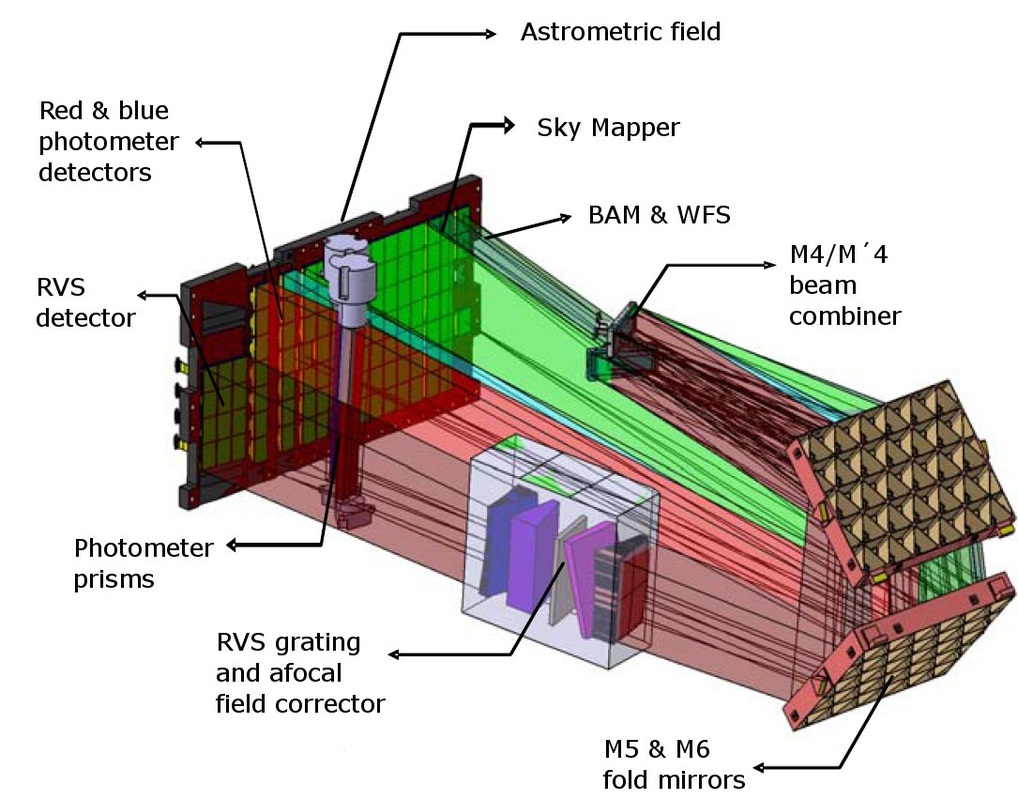 A scaled-up version of GAIA 2.0 as just a scaled-up version would be a hard sell to ESA. M-Class missions with ESA do not have a history of following that path. Instead while still trying to keep the astrometry tradition alive, it is more conceivable that ESA will accept some sort of game-changer as next mission.

An infrared GAIA could well be this game-changer. To quote Hobbs et al, (2021):

The use of visible-NIR TDI capable detectors is optimal for maximising the science return by reusing the same well established concepts as Gaia. A new NIR astrometry mission will detect at least 5 times as many stars and open up the important NIR regions of the Galaxy. While the spacecraft is scanning outside the Galactic plane it would be possible to go deeper than G = 20.7 improving the science return in the Halo region. The main challenge for this exciting science mission is clearly the development of the new detector technology at a reasonable cost.

So essentially, as large parts of the galaxy are obscured from view to GAIA due to dust extinction (except for e.g. Baade's window), this effect is much weaker in the infrared (as the galactic dust infrared opacity drops off with a power-law towards larger wavelengths, e.g. Draine (2003)). Furthermore, the redder population of stars is partially not at all visible to the current GAIA simply due to the Wien-cut-off in the Planck spectrum, so Infrared GAIA would not only increase numbers, but access a different stellar population, which is a much stronger science case to make.

So current developments inside the GAIA community and white papers go into that direction. However as the above article points out, there are still technological issues to be resolved, i.e. IR long-term stability which is crucial for the photometry.

[...] slowly and steadily rotating in synch with the CCD readout speed?

this wasn't quite clear to me whether you suggest this as innovation for the next GAIA, as the current one is already doing this.

Not the answer you're looking for? Browse other questions tagged observational-astronomy optics space-telescope gaia .

9
Why does Gaia use only calcium NIR lines for stellar radial velocity measurements?
10
Why are telescope mirrors made of glass?
8
Why (the heck) is the basic angle of GAIA 106.5°?
3
Has a gravitational microlensing event ever been predicted? If so, has it been observed?
3
How are space telescopes stabilised to a perfect standstill?
2
What was the first use of time-delay integration in Astronomy? Are there instances before GAIA?
2
What telescopes used 1000+ pixel Microwave Kinetic Inductance Detectors (MKIDs) for multispectral, single photon counting (time + energy of photons)?

11
What are the next planned space telescopes?
22
At what distance from Earth would our Sun be the same apparent magnitude as the next brightest star in the sky?
9
Why does Gaia use only calcium NIR lines for stellar radial velocity measurements?
5
Did Gaia actually generate complete light curves for 212 Cepheids in other galaxies?
2
How is interstellar gas density mapped from GAIA data?
3
What would be the obstacles to building a 6.5km space telescope besides cost?
2
(Thought Question) What would a giant far away mirror look like to a telescope?
8
Why (the heck) is the basic angle of GAIA 106.5°?
2
What telescopes used 1000+ pixel Microwave Kinetic Inductance Detectors (MKIDs) for multispectral, single photon counting (time + energy of photons)?