Why do some electromagnetic waves continue travelling while others disappear?

Cosmic background radiation emitted when the Universe was very young still exists. But my wifi signal seems to disappear a short distance from my apartment. Why?

Electromagnetic radiation will continue to travel until it is absorbed. Some of your wifi signal is escaping to space where it may continue traveling for a very long time.

However, the strength of your wifi signal will degrade with distance according to the inverse square law. 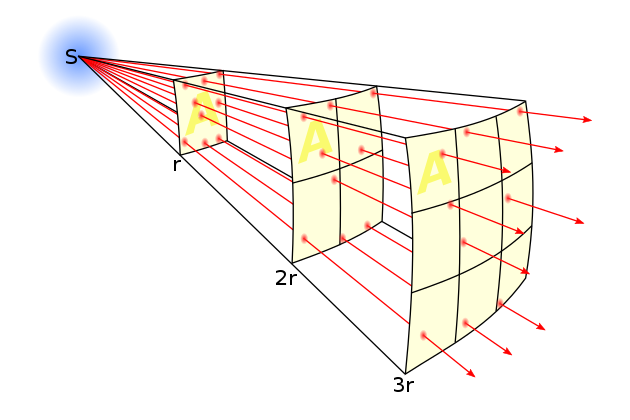 So if you double the distance between your device and the wifi transmitter, your signal will be reduced by 3/4. When you move far enough away, eventually your signal will degrade enough that your device will no longer be able to decode the signal. So the radiation doesn't "disappear" but instead, your device will just be able to pick up less of the energy. Of course, if you separate the device and transmitter by a concrete wall, some of the signal will actually be "disappearing" as it is absorbed by the wall.

The CMB (Cosmic Microwave Background) on the other hand, was not emitted from a point source, and is not subject to the inverse square law. Instead, as wikipedia points out, the CMB

is very nearly uniform in all directions, but the tiny residual variations show a very specific pattern, the same as that expected of a fairly uniformly distributed hot gas that has expanded to the current size of the universe.

So one can imagine that wherever we are in the universe, we can point an antenna in any direction and get about the same amount of signal (excepting Doppler shift) from the CMB. Of course, if we point our antenna towards existing matter, we will expect some or all of the CMB to have been absorbed in that direction. In many cases, astronomers can tell a lot about the composition of gas in absorption based on the narrow frequencies of the CMB that was absorbed. Back in the early 2000s, I spent quite a bit of time looking for cosmic formaldehyde in absorption lines of the CMB near the center of our galaxy, as an indicator for early star formation.

In addition to what others have said, it is very important to understand the difference between just detecting something and decoding a useful signal from it. The CMB is essentially random noise – in fact, that's how it was discovered in the first place! Still, in normal conditions it is easily drowned by other noise sources and was only accidentally found when researchers tried to build an antenna that was shielded as best as possible from all then-known sources of noise.

Your computer or phone, on the other hand, isn't just trying to detect the presence of some microwave radiation emanating from your Wi-Fi – that wouldn't be very useful for transferring data! What it tries to do, instead, is to latch onto modulation – the ridiculously tiny changes in amplitude or frequency, occuring millions of times per second, that decode the actual data (websites, video, music…) being transmitted. This is very much analogous to hearing someone talking from a distance or in another room: just because you can hear it happening doesn't mean you can make out the words!

The situation is often much worse than that, however. Imagine that there's a coctail party in your home. A dozen people are having different conversations simultaneously, and you're trying to focus on one specific conversation. Without moving physically near the person who's talking, all the words are just going to muddle together into an unintelligible chatter. Similarly, especially in urban environments, there are other people's Wi-Fis doing their own thing, talking to other people's computers, all contributing to a constant background of microwave noise.

In addition, just like voice is reflected and refracted by walls and other solid structures, so are radio waves. A house or an apartment is a complex echo chamber where parts of the signal bounce around and arrive at the receiver muddled and with some degree of delay. These echoes are another source of noise that must be considered.

There are many clever mechanisms devised to maintain communication in spite of high levels of background noise.

Ultimately, however, if the communicating devices deem it impossible to achieve a reliable connection, even a moderately slow one, they tend to give up rather than expose the user to extremely poor experience. This is often less frustrating than sustaining a really shaky connection, especially when the user can do something about it such as physically moving closer to the hotspot.

Going back to the cosmic microwave background, it turns out that it is not totally random and uniform after all. There are ever-so-slight variations in the temperature in different parts of the sky, a tiny signal that can tell us a lot about the conditions of the early universe, but detecting those deviations on the ground, in the middle of all sorts of noise sources and beneath a microwave-absorbing shell of air, is nigh impossible. We have only been able to map the variations in the CMB using very precise instruments launched into space, where they can listen to the deep space outside the atmosphere and away from most sources of noise.

There's higher quantity of atoms in your 20cm wall than there is in the 13.8 billion light-years travelling to the CMB, so the wifi waves hit atoms on their travel.

The CMB is an omni directional transmitter source, it's transmitter area is more than 10^52m2, and the wifi transmitter is perhaps 10mm2, so the inverse square law applies differently to the CMB.

Not the answer you're looking for? Browse other questions tagged wavelength electromagnetic-spectrum .

13
Is the universe macroscopically transparent to CMB? Is the fraction intercepted by stars and dust so tiny that it doesn't have a correction factor?

6
Why do pulsars turn "off" from rotation?
8
Why is Ganymede's aurora only visible in ultraviolet while Earth's is bright green and red?
0
Do free protons and neutrons absorb much radiation? To affect astronomers' observations? If so, at what wavelength(s)?