Chances of life on other planets, how watertight is the idea that 'As soon as life could occur, it did occur’?

I’ve heard it reasoned that ‘Almost as soon as life could occur on Earth, it did. Therefore it seems likely that life develops easily, and thus that there’s probably lots of life out there’.

Is this notion undermined by any of these things?:

– If life develops easily, it’s likely to have developed independently multiple times on Earth (any evidence of this?).

– The fact that life developed soon after particular conditions emerged indicates only that that’s what happened on that occasion. It doesn’t indicate frequency. It might occur once every trillion years under those circumstances.

– Life could happen under many circumstances that life as we know it doesn’t exist. If there’s no evidence it did on Earth under different conditions, how does the reasoning hold?

Yes, early life on Earth does not imply easy life.

The mental model most people have is that there is some constant rate $\lambda$ of life emergence on lifeless worlds, so we should expect the probability of life at time $t$ to grow like $1-\exp(-\lambda t)$, with the expected emergence time at $t=1/\lambda$. Earliest life was conservatively 3.77 Gya and oceans 4.5 Gya, so that gives estimates like $\lambda \sim 1.37$ per Gy. One can of course quibble about whether the rate is constant, how long the window of emergence is, and many factors.

But as the question asks, that we observe life early in Earth's history may not be good evidence. Suppose $\lambda = 10^{-12}$ per year, making the probability of getting life over a 10 billion year sun-like star lifespan 1%. Any intelligent observers that evolve will be on one of these rare 1% planets. If they try to guess how likely life is on other worlds they will estimate a $\lambda$ that is much bigger, typically $10^{-9}$ or so based on when life emerged on their world.

But this bias is likely to be much worse, since intelligent observers come about after a long evolutionary chain that may contain several fairly unlikely steps. For most of Earth's history life was very simple, and becoming eukaryotes, land-living or intelligent may have required very unlikely steps with their own low probabilities. Observers will always find themselves on worlds where these steps have been passed, even if they have their own super-low probabilities and the observers are extremely rare lucky cases.

When you run the math on this, you will find that the hard steps get roughly evenly distributed across the habitable time of a planet. If you need 5 hard steps (say: life emerging, photosynthesis, eukaryotes, multicellularity, intelligence) the observers will typically see life show up around 1/6th of the habitable time, and they show up 5/6th of the way to the end. 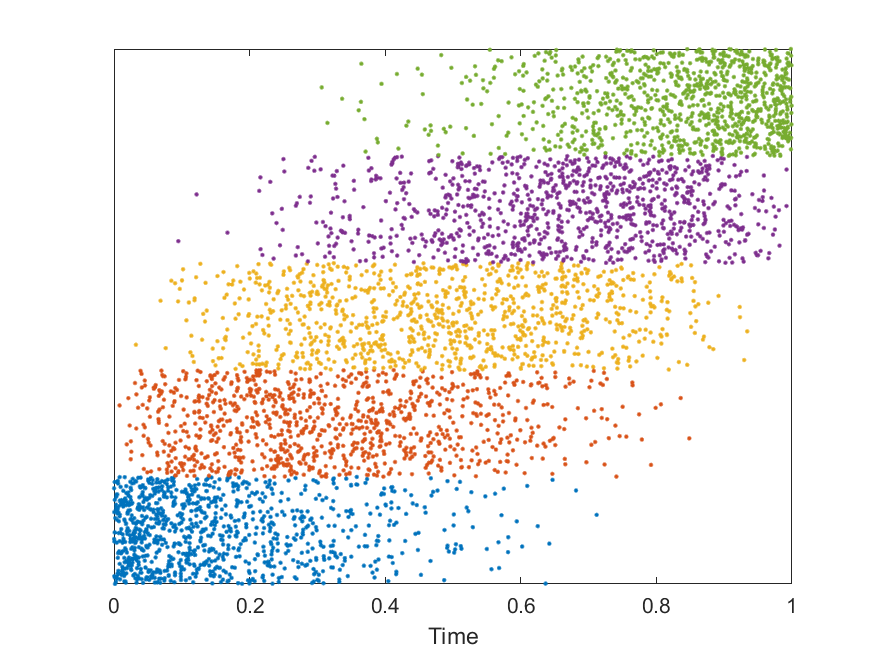 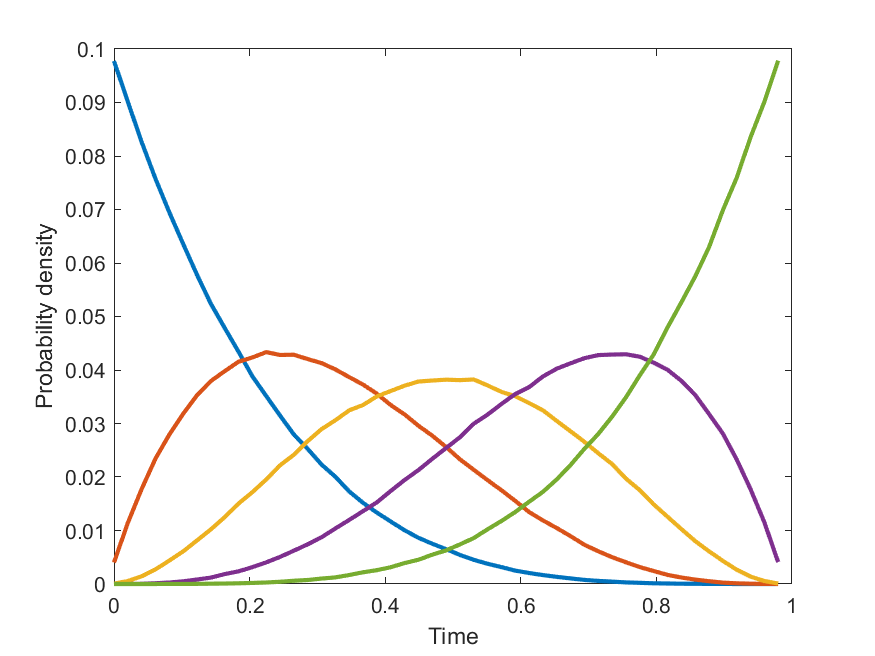 Probability density of the transitions over the habitable period of the biosphere for 5 very hard transitions.

Getting back to the questions: if we were to discover several independently evolved kinds of life on Earth (or elsewhere in the solar system, even if extinct), then we would have good reason to think that at least the life emergence step was easy and there will be lots of life in the universe. Same for discovering life that can thrive in very different environments.

It might also be that true life emergence is very rare, but then spreads by panspermia across the galaxy. In that case it would seem as if life was easy, but it is just received from elsewhere.

However, later hard steps will still tend to push appearance of life early since there is a need for a lot of time to have the other unlikely things to happen so that the very rare observers can emerge. What we did in our paper is to show how the pattern of steps can be used to constrain estimates of life emergence, but there is plenty of room to argue what steps were truly hard or even when they happened. But I would agree with the original post: early life does not have to imply that life is easy. But the way to know the difficulty of life is of course to look for it, not just do statistics.

Not the answer you're looking for? Browse other questions tagged origin-of-life or ask your own question.

4
Why did Earth need material from comets to assemble the raw materials for life?
14
If we found evidence of life on Mars, how would we know that it originated on Mars rather than Earth?
3
What if we are looking for the wrong signs of life on other planets?