Requirements to resolve position of Jovian Whistlers up to magnitude of Red Spot with amateur radio equipment?

Can I sense a bright star pointing an eight foot antenna towards it? is a while ago, but the discussion about this question I found very interesting. Please forgive me that I am not an expert in Jovian Whistlers but I tend to understand it as massive EM events on Jupiter.

I am wondering: Could we use a Yagi-Uda antenna or an array of it to resolve the source of the radio signals on Jupiter? For instance, we could have the Jupiter-disk covered by a square of $40 \times 40$ pixels, and the goal would be to figure out from which pixel the signal originated.

The idea behind that is that a cool research question for an (advanced) science project in school would be a question like "Did the lightning occur inside the Red Spot?" and Yagi-Uda antennas are fun to build, and do not require as much space as other antenna types.

No, not from Earth.

Because of the ionosphere.

Whistlers are VLF (very low frequency) hundreds to thousands of Hertz. Our ionosphere blocks electromagnetic radiation very reliably below say roughly 10 MHz depending on time of day and solar activity because it's a plasma.

The image below shows peak whistler emissions at about 1 kHz.

You can imagine that the electrons in the ionosphere look more like electrons in a lossy metal to a radio wave in the kHz range; some will bounce off like it's a shiny metal marble, others will be absorbed, but without question None shall pass!

No, not even from cis-lunar space!

Because the interplanetary electron density is still too high.

@ProfRob's comment on the "What can be learned..." question reminds us:

How low is "low"? The plasma frequency in the interplanetary medium near the Earth is about 100 kHz. https://physics.stackexchange.com/a/519164

and that answer goes into substantial detail on how to calculate the plasma frequency of various media.

The Chinese lunar orbiter Queqiao had a low frequency receiver, and backing up ProfRob's point:

Additionally, this satellite hosts the Netherlands–China Low-Frequency Explorer (NCLE), an instrument performing astrophysical studies in the unexplored radio regime of 80 kilohertz to 80 megahertz. It was developed by the Radboud University in Netherlands and the Chinese Academy of Sciences. The NCLE on the orbiter and the LFS on the lander work in synergy performing low-frequency (0.1–80 MHz) radio astronomical observations.

There are further references in the article.

It seems you must build a spacecraft and fly it into close proximity to Jupiter -- within a few attenuation lengths -- to hear the whistlers.

A whistler is a very low frequency or VLF electromagnetic (radio) wave generated by lightning.[1] Frequencies of terrestrial whistlers are 1 kHz to 30 kHz, with a maximum amplitude usually at 3 kHz to 5 kHz. Although they are electromagnetic waves, they occur at audio frequencies, and can be converted to audio using a suitable receiver. They are produced by lightning strikes (mostly intracloud and return-path) where the impulse travels along the Earth's magnetic field lines from one hemisphere to the other. They undergo dispersion of several kHz due to the slower velocity of the lower frequencies through the plasma environments of the ionosphere and magnetosphere. Thus they are perceived as a descending tone which can last for a few seconds. The study of whistlers categorizes them into Pure Note, Diffuse, 2-Hop, and Echo Train types.

Voyager 1 and 2 spacecraft detected whistler-like activity in the vicinity of Jupiter known as "Jovian Whistlers", supporting the visual observations of lightning made by Voyager 1

Figure 2 from the Nature paper linked above. 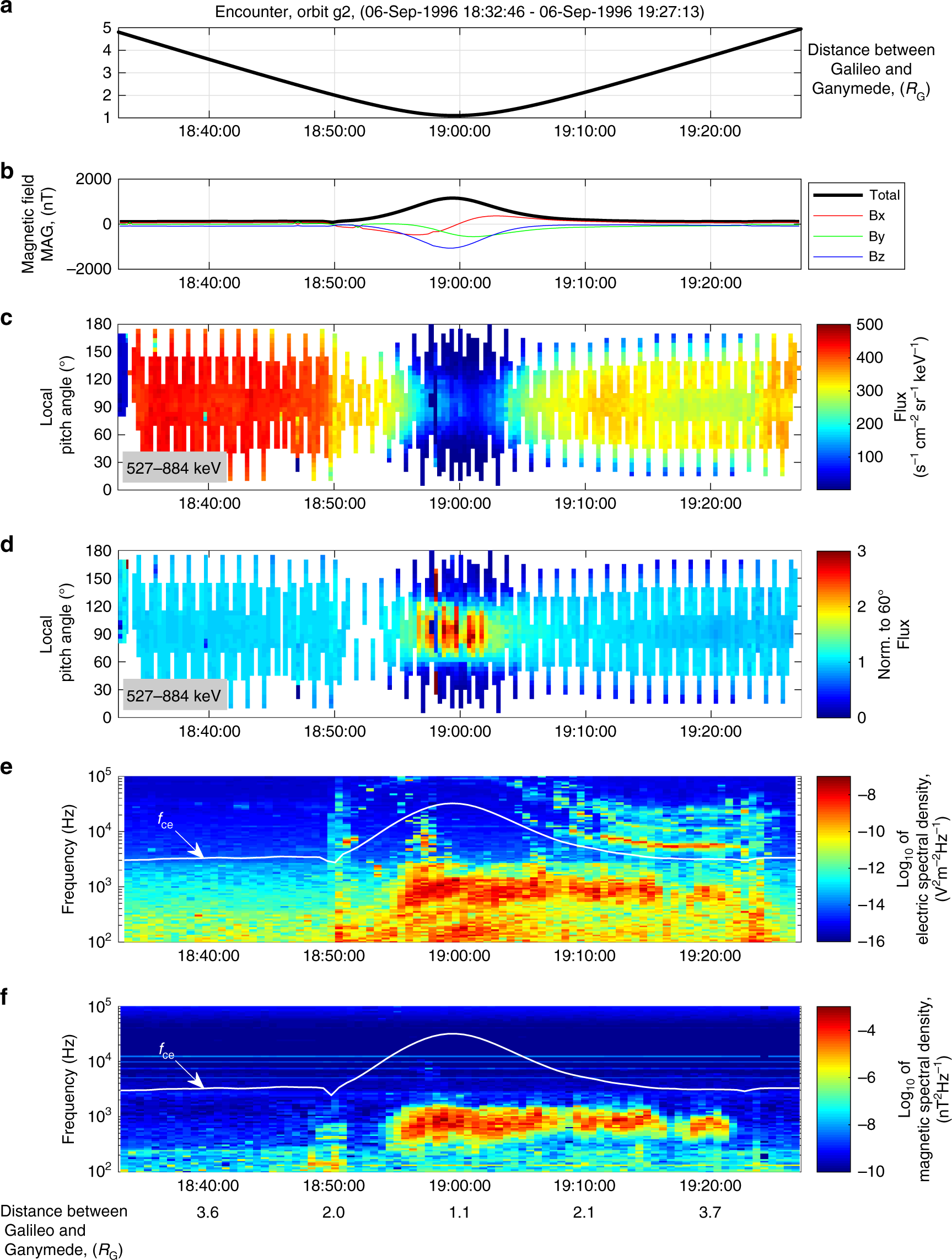 Not the answer you're looking for? Browse other questions tagged amateur-observing radio-astronomy jupiter or ask your own question.

19
Can I sense a bright star pointing an eight foot antenna towards it?
7
What could a cloud of mini radio dishes see?
2
Where should I look at if I had a 25m parabolic radio reflector?
2
Why did it take five years to “figure out” how to use astrometric calibration sources to deblur LOFAR images?
2
What is the dielectric constant of a star?
1
What can be learned from low frequency radio astronomy available outside of Earth's ionosphere?

8
What kind of things I could “see” with an amateur radio telescope?
3
Need help with the math in Python program to flag Jovian radio emissions
3
How far can we detect lightning in radioastronomy?