Facing SW just before sunrise on April 27, 2021 in Central Florida:

The timestamps on the pics start at 6:23 end at 6:27. It was still visible and breaking up like a post launch trail that I would see in the east. By the size, from beginning to end, looks like the direction was from/could be described as, from New Orleans toward Ft. Myers crossing between the moon and Gulf of Mexico. Because its small early Northwest of moon and larger late south of moon. 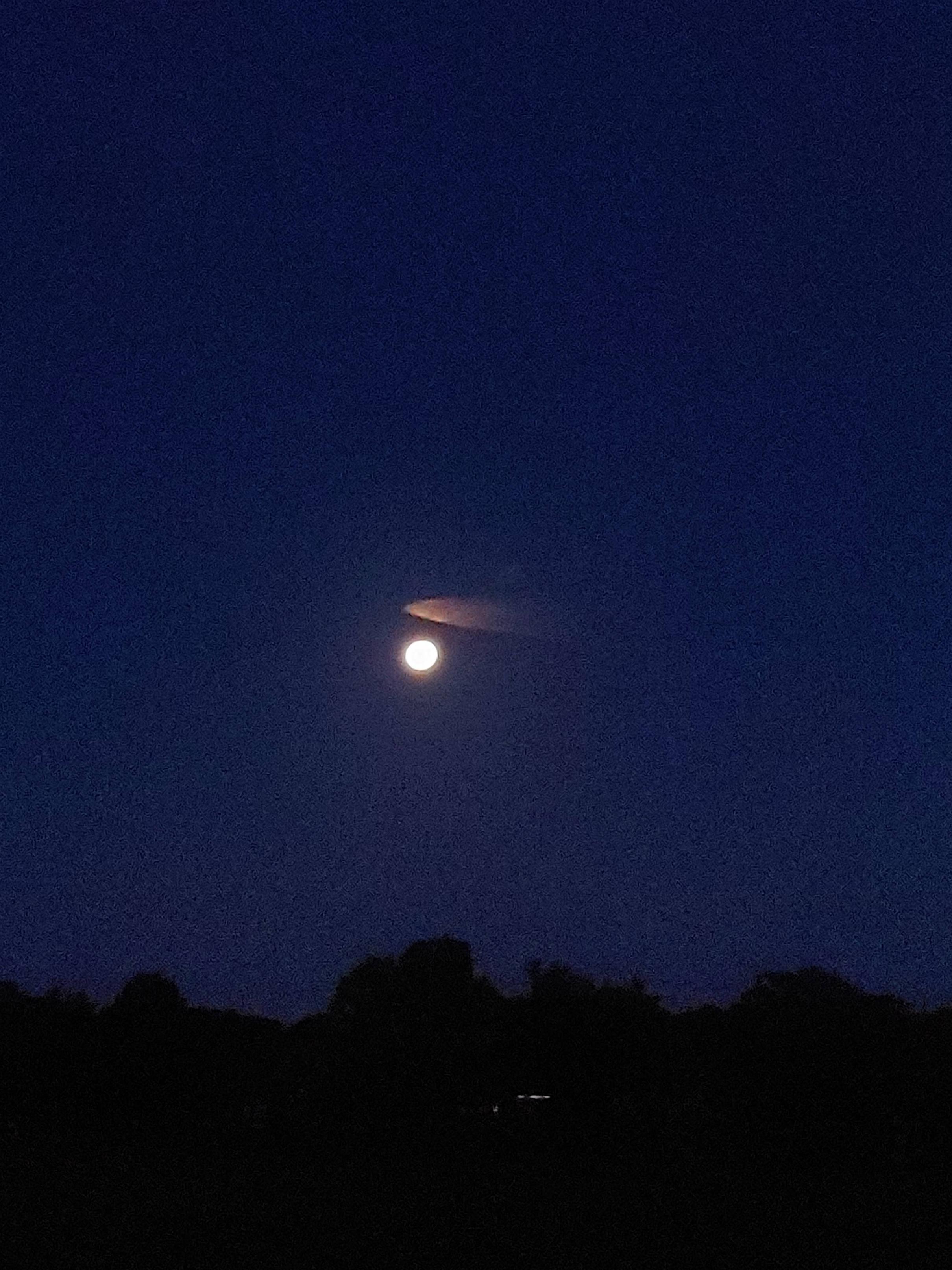 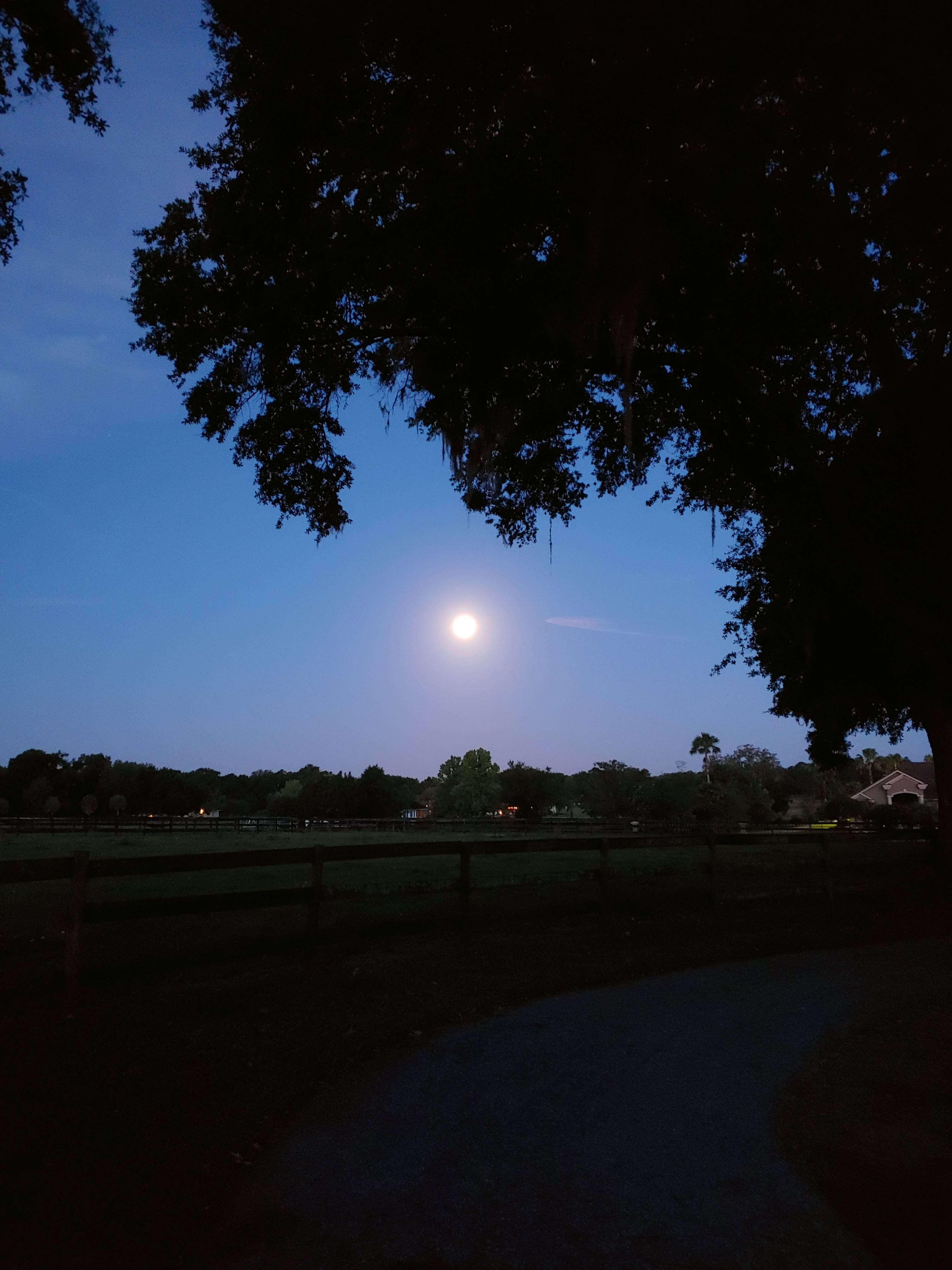 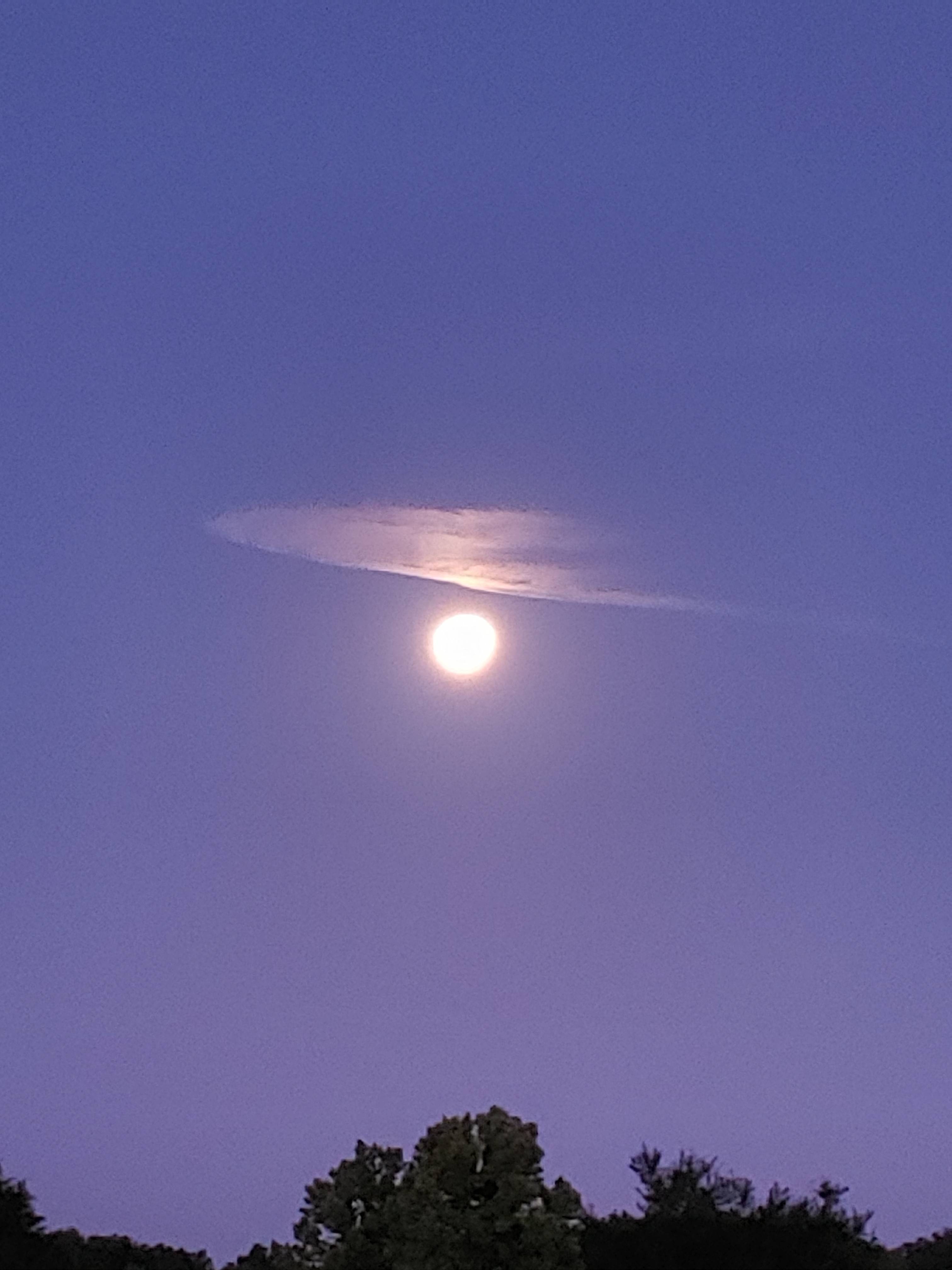 Having seen the extra photos, this is certainly a cloud.

It is a high altitude cloud: a fragment of cirrus composed of ice crystals. These are aligned roughly horizontally, and they are catching the light of the moon. This is why the region of the cloud is more highly lit than the parts to the side: a sun-pillar (or moon-pillar?) effect.

Its movement over the course of a few minutes also indicates a nearby object. It is not a body in space, as astronomical bodies are so distant that they appear to move only very slowly. One very simple rule is "if it moves or changes, then it isn't astronomy, it's meteorology or technology" This isn't quite true, but very few astronomical bodies can be seen to change position over the course of a few minutes.

It is not a comet. If that were a comet, it would be a very bright one and would be visible by the naked eye. Since no comets that bright are currently in the vicinity of the Earth, it can't be a comet. (see upcoming comets of interest)

If this second source of light was not visible in the sky but only appeared in the picture, then the most likely explanation is a lens flare: the light coming from the Moon got scattered by the optics in your camera, and the scattered light was picked up by the sensor of your camera.

It could be the reflection of the Moon on the clouds. Based on your comment, this is the most likely explanation.

Not the answer you're looking for? Browse other questions tagged the-moon identify-this-object or ask your own question.