Trajectory: What would happen if the sun disappeared one day?

So, let's just assume, to no aspect explainable to humans, the sun just magically popped out of existence on January 1st next year (2022), that'll never happen, this is just a scenario to explain my question. If the sun disappeared, regardless of life on Earth, where would the Earth float off to? If it would come close to a gas giant, then a gravity assist would affect the Earth's path through space. Where would it go?

In an answer, I want a feasibly explained way to calculate where Earth would go, not giving much thought to Gravity assists, since I got their calculations from this question, the first answer, and the answer in the link embedded in it.

Also, in the comments section, I've seen comments claiming that my question is a possible duplicate of others. One other addresses what would happen here on Earth, while the other one is about how long it would take for us to stop orbiting the sun after its sudden disappearance. In contrast, I'm wondering about where the Earth would float off to, and where it would go.

Now, this question can seemingly be applied to any celestial object, whether the sun is there or not, I want to figure out trajectory in space. I want to know about trajectory, and how it affects the motion of celestial bodies.

Assuming this can be answered theoretically by the use of equations and mathematics, thanks in advance!

On the first of January, the direction of the sun from Earth is towards Sagittarius, with an ecliptic longitude of 280. The velocity of the Earth around the sun is perpendicular that that, and towards Virgo, in particular, it is close to the direction of Gamma Virginis (Porrima), with an ecliptic longitude of 280-90 = 190. The Earth will move in a straight line in that direction. (Conveniently Jan 1st is very close to perihelion, so elliptic corrections are needed even less than normal)

It won't actually get near to Gamma Virginis because that star is 38 light years away and at the Earth's speed of 30km/s it would take 400,000 years to get close and by then the star will have moved away from its current location.

It wouldn't come close to a gas giant (none are in a position in which they would come anywhere near the trajectory of the Earth, even without checking, they are all on the "wrong" side of the sun)

It would be very unlikely for the Earth to come close to a gas giant. If it did then the gravity of the giant planet would change the direction of the Earth, it could go in almost any direction.

Because in the absence of the sun, there would be nothing to cause the Earth to orbit, it would travel in a straight line towards that point. 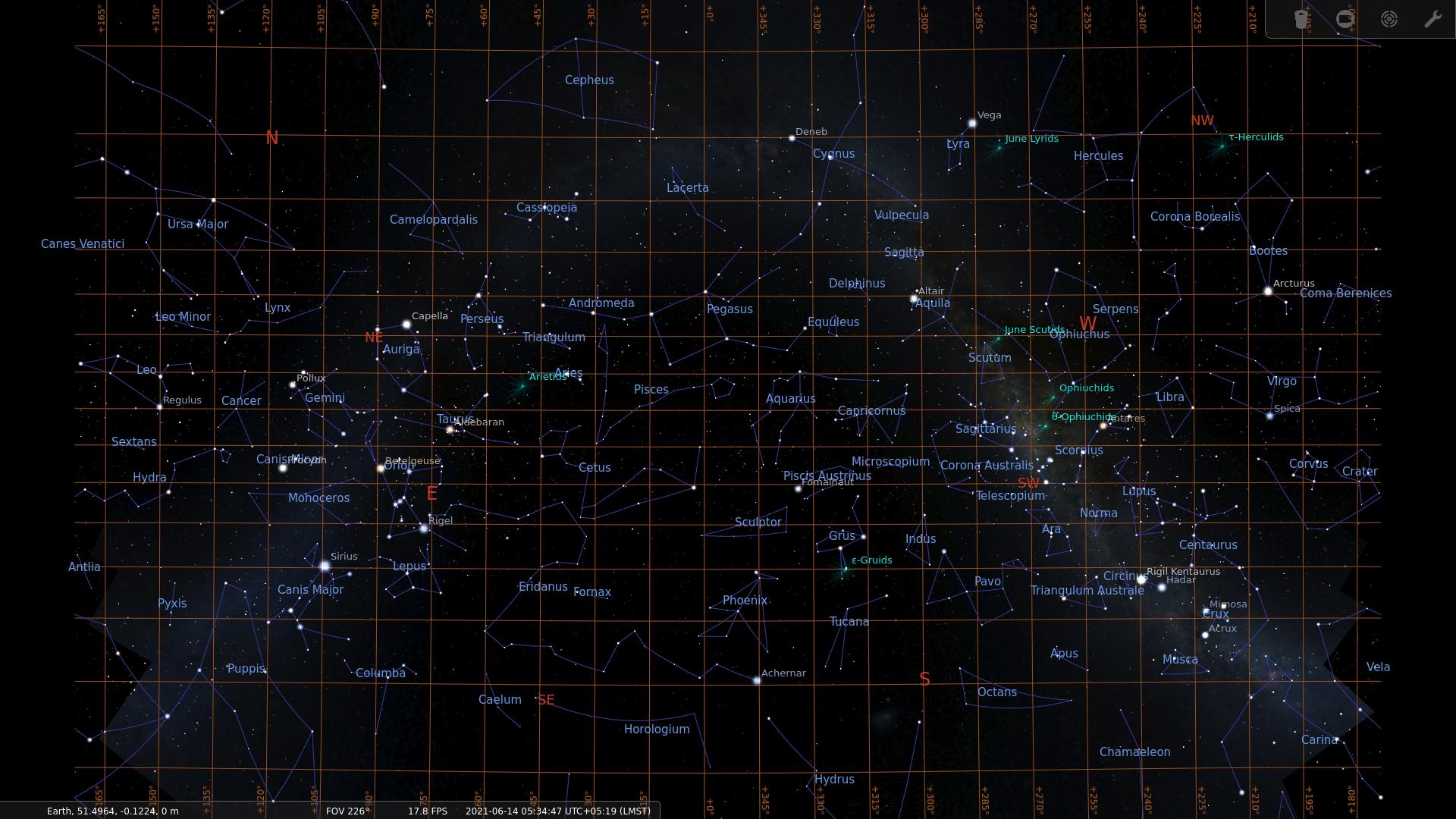 Not the answer you're looking for? Browse other questions tagged orbital-mechanics celestial-mechanics or ask your own question.

33
Is the influence of gravity instantaneous?

9
When the Moon formed and early on, did it orbit over the Earth's equator?
5
What variables are needed to calculate simple horseshoe orbit times?
1
How to find the Orbital Period of two Binary Planets around a Single Star?
2
What is the cycle for when the maximum amount of the Moon's apparent area is sunlit?
3
What would happen if the earth's orbit were slightly perturbed?
3
How feasible would it be to get to a planet orbiting directly opposite Earth?
1
Could the Moon placed near the Sun-Earth L1 point remain in a heliocentric 1:1 resonant orbit with Earth? If Earth were at 1 AU, where's the Moon?