Graphing the evolution of stars on an HR diagram with timesteps

I have found countless images regarding the evolution of stars, plotted on an HR Diagram, like so (found on Wikipedia): 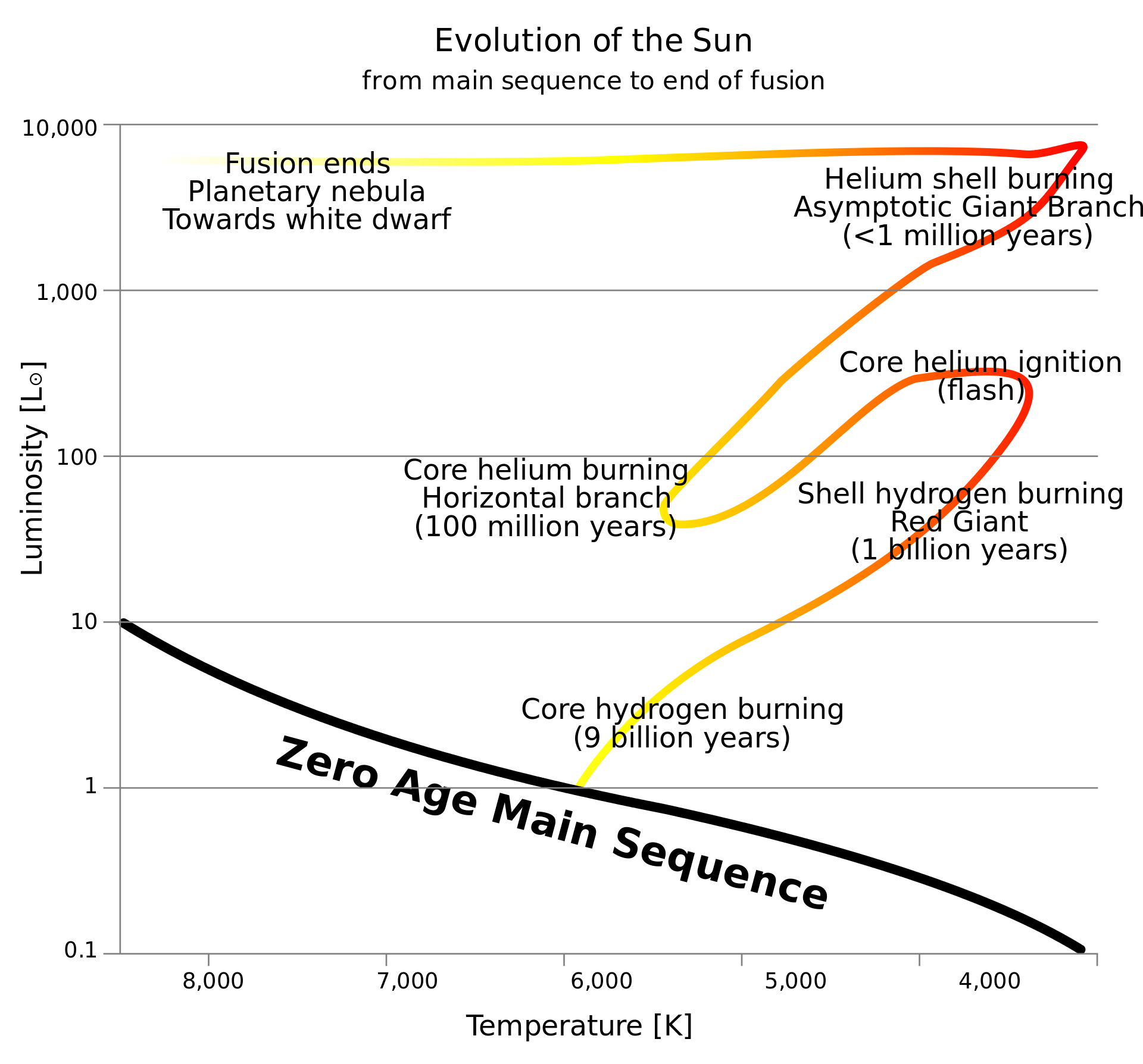 Although this displays the time in each stage, it does not include any points plotted, relating to a timestep (i.e. 1 billion years), except for the zero age point. Is there anywhere I can find some .csv files that regard stellar evolution?

star stellar-evolution hr-diagram
Share
Improve this question
asked May 15 at 0:22

There is a rich variety of types of stellar evolution models. The modern model of a star is the spherically symmetric quasi-static gas assumed to be in local thermodynamic equilibrium (Chandrasekhar, 1967). There are four equations for how mass, pressure, temperature, and luminosity vary with radius as the star's thermal and radiative pressures support its self-gravity. Assumptions about convective and radiative energy transport, stability of nuclear burning, gas equations of state, gas composition, etc. and other processes must be accounted to model the evolution of a star through its life. A completely comprehensive stellar simulation is beyond computational ability. Numerous types of models exist: e.g., evolving stellar structure magneto-hydrodynamically, numerically evolving the stellar equations, interpolating between tables of known stellar properties derived from detailed simulations, using fitted formulae based on tabulated values, or some combination. Modern models incorporate the effects of rotation and mass loss on the star's evolution.

This seminal paper by Hurley et al. (2000) describes formulas that are fitted (and parameterized in terms of the initial stellar mass and metallicity) from numerically computed stellar evolutionary models. The tracks that you see in the HR diagram are made as a visual representation. See this paper for details about those stellar evolutionary numerical computations.

Not the answer you're looking for? Browse other questions tagged star stellar-evolution hr-diagram or ask your own question.

4
The life course for a massive star from birth to death using the HR Diagram
9
Is there a flaw with the newer purposes and correlations attributed to the HR diagram? (And would a third axis of mass correct the enclosed flaw?)
5
Creating an HR diagram from tabulated stellar data
11
Why is the track of the subgiant stage almost horizontal on the HR diagram?
3
Locating a star cluster on a Hertzsprung-Russell diagram with other color index
2
Position of a star on the HR diagram
2
How does the stellar evolution for low and intermediate mass stars differ?
5
Is a branch on HR diagram a line formed by stars in the same evolutionary phase, or the evolutionary track of an individual star?
2
What would the HR diagram look like if the axes were scaled linearly instead of logarithmically?