How exactly can the Hubble Space Telescope see up to 15 billion light years?

I've been researching about the Hubble Space Telescope on nasa.gov, and I've read that Hubble uses a digital camera to take pictures like a cell phone. That's all I've found so far. I can't find any information on how it can see so far away into space. Is the digital camera built to see billions of light years away, or does Hubble have some technology on it that allows it to zoom into the deep space?

If this question has already been answered, please leave the link in the answers.

Hubble is a telescope. This means it has a big mirror to gather light and focus it onto a small area, and a system of lenses and mirrors to magnify the image formed by the big mirror.

Now, how far can you see? 100 miles? 1000? You'd be way out! The stars are already trillions of miles away. Without a telescope you can see the Andromeda galaxy, which is 14 billion billion miles away.

You can see it because it is intrinsically very bright. Because it is so bright you can see it from far far away. If you had bigger eyes, you would be able to see things that are further away and dimmer. And the Hubble telescope has a big "eye"

Hubble has one more trick: It does have a "digital camera" and it can use this to make a long exposure. This means that the light from a long period of time is allowed to accumulate on the light-sensitive chip. This means that even dimmer objects can be observed.

By a combination of a big mirror, and long exposures, Hubble is able to get a very deep view of very dim and distant objects.

and I've read that Hubble uses a digital camera to take pictures like a cell phone.

I can't find a place in nasa.gov that says that the Hubble works like a cell phone, but of course the principle is the same.

An optical system takes parallel light coming from various directions and focuses each parallel bundle to a small point.

We used to say this is how a camera works back when cameras were big and had obvious lenses on one end and big rectangles of photographic film on the other, but most people just use the tiny camera inside their phone. 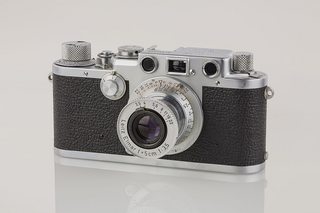 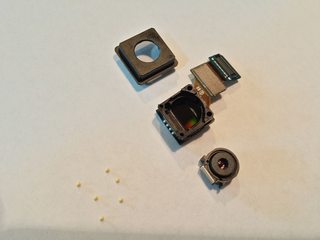 The Hubble telescope is also a camera but with a much bigger lens. It is built a lot more like these; the first two are cameras, the third is a telescope without an imager. From this answer to Can an astronomical telescope view objects on Earth? which basically explains that a telescope is just a big camera :-) 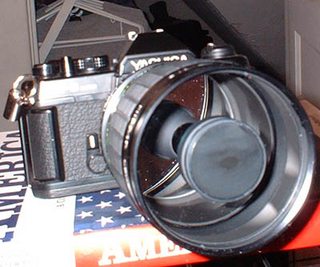 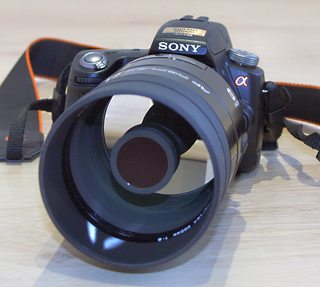 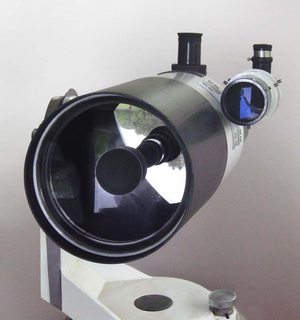 Is the digital camera built to see billions of light years away, or does Hubble have some technology on it that allows it to zoom into the deep space?

There are four things that allow the Hubble space "camera" to photograph objects so much far away, and therefore so much smaller and dimmer than we can with our cell phone cameras.

These days people can image large astronomical objects at night with cell phones because the tiny cameras are improving and especially because the computers inside the cell phones are improving allowing for hefty, substantial amounts of image processing to make good looking but not necessarily scientifically accurate images. See for example: Milky Way with a cell phone, how is this possible? in Photography SE.

Not the answer you're looking for? Browse other questions tagged space-telescope hubble-telescope or ask your own question.

8
Can an astronomical telescope view objects on Earth?