Is this how stars’ right ascensions correlate to planets’ longitudes on a 2d map?

This is my first ever online question, so please bear with me:

I’m working on an A1-sized map of at least 100 of the largest solar system bodies (henceforth just called ‘planets’, ignorning the IAU definition), including moons, spacecraft and the nearest stars. This is just a hobby, and I’ve got no academic experience.

I’ve got the planets’ heliocentric longitudes, latitudes and distances from JPL Horizons, and the stars’ right ascensions, declinations and distances from Wikipedia (unless there are better sources?). I’d like to check that I’m plotting hours right ascension correctly onto my map, which uses degrees longitude for direction. I’ve attached a rough sketch, depicted looking ‘down’ from above the ecliptic. I always put 0° longitude on the left so that Pluto is towards the top. 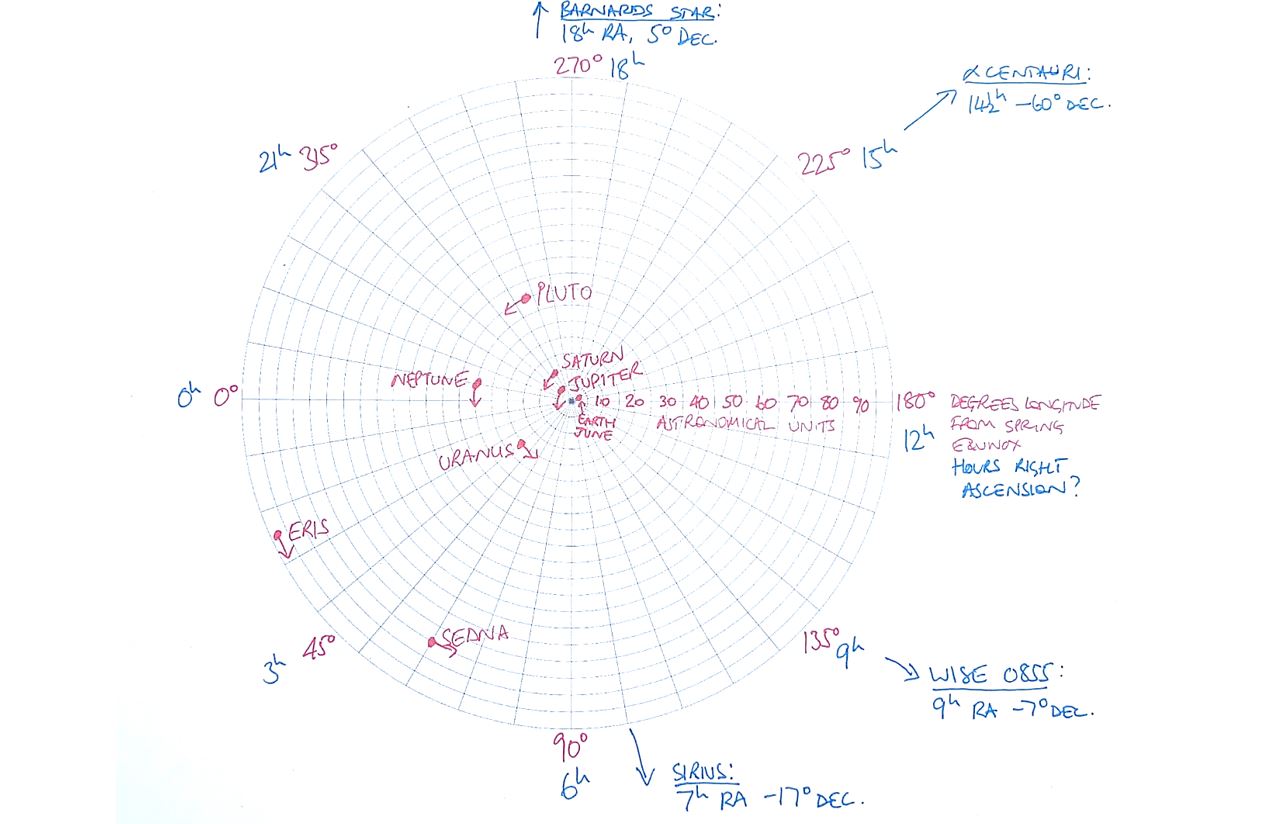 Are these assumptions correct?

— that 0h right ascension is the same direction as 0° longitude?

— if these are correct, are my star directions correct, so that Barnard’s Star would be at the top of the page in the vague direction of Pluto, and Alpha Centauri is roughly the same direction from the Sun as Earth is in June?

I’m plotting each planets’ location over the period of my lifetime, to get a better understanding of what’s around us, and how it changes over time. The distance scale will be quasi-logarithmic, and will be enlargened around planets to show some moons.

PS: One more excellent map that I found is this one from https://eleanorlutz.com/mapping-18000-asteroids — I think it's very beautiful, probably the best that I've found so far: 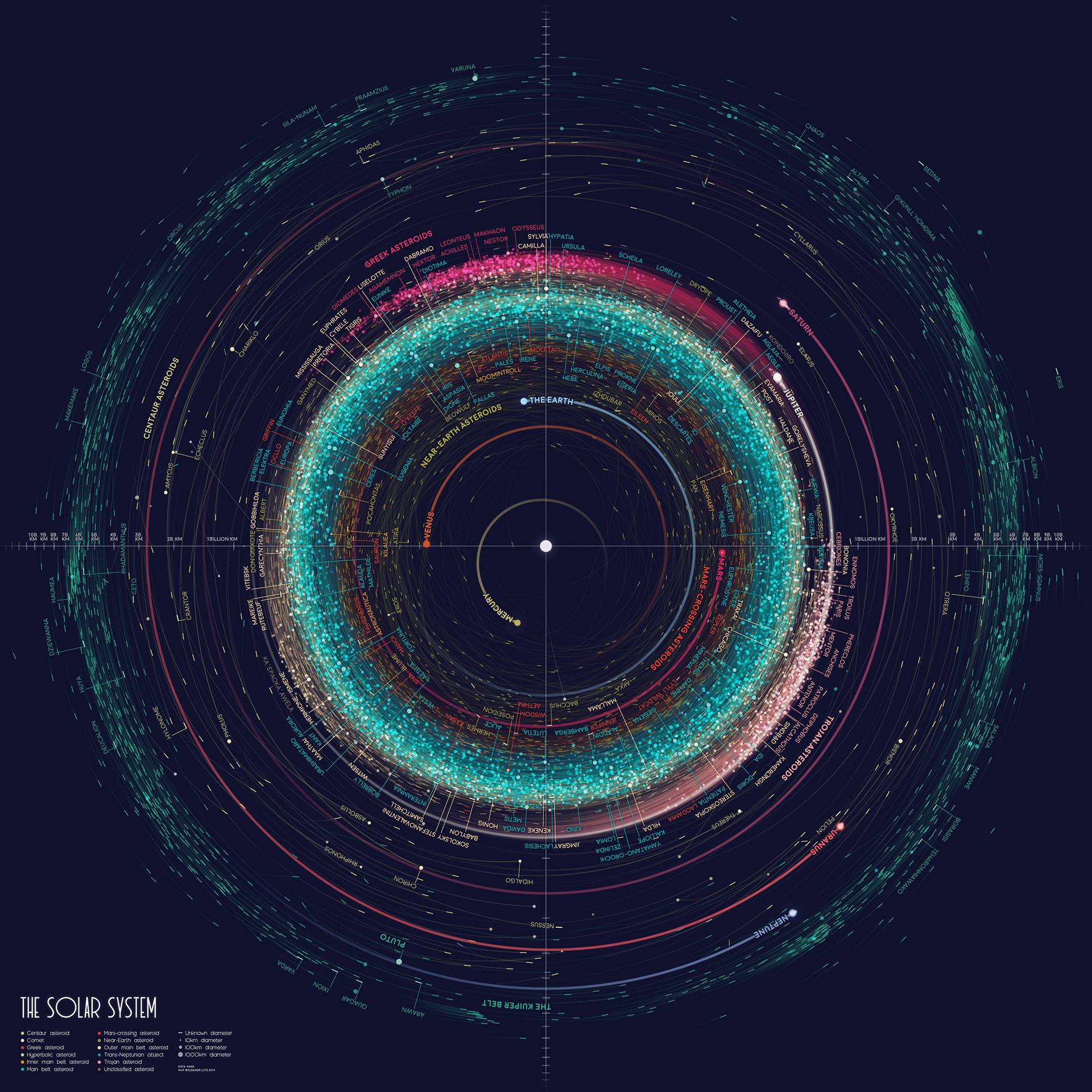 Most of your assumptions are correct.

However, right ascension and declination are an equatorial system, while (heliocentric or geocentric) longitude and latitude are an ecliptic system. The reference planes do not coincide, even though the main reference point, the vernal equinox, does—this is because that point is where the ecliptic crosses the equator from south to north, so both planes coincide there and at the automnal equinox.

This means too that stars’ declinations do not coincide with latitudes. A conversion is needed between the two:

and in the reverse,

where ε is the obliquity of Earth on its orbit (approx. 23° 27′), α and δ are the right ascension and declination, and λ and β are the longitude and latitude.

Not the answer you're looking for? Browse other questions tagged planet solar-system coordinate right-ascension star-maps .

2
how steady over time are right ascension and declination values?
0
Does the retrograde movement affect the true angular distance between 2 planets?
1
How can I map the zenith for an observer at a given time to equatorial coordinates (as would be measured in J2000)?
1
Journal standard for plotting section of skymap?
2
Calculating right ascension for two planets and their separation using python
1
How to calculate the ground track of the Moon's position on the Earth's surface?
4
Right Ascension for epoch 2000 - physical location?
1
How can I calculate the apparent position of stars as seen from a location on Earth at a specific time?