Is astronomical twilight always seen when the sun is 18 degrees under the horizon?

Is astronomical twilight always seen when the sun is 18 degrees under the horizon or are there other factors that may influence it? 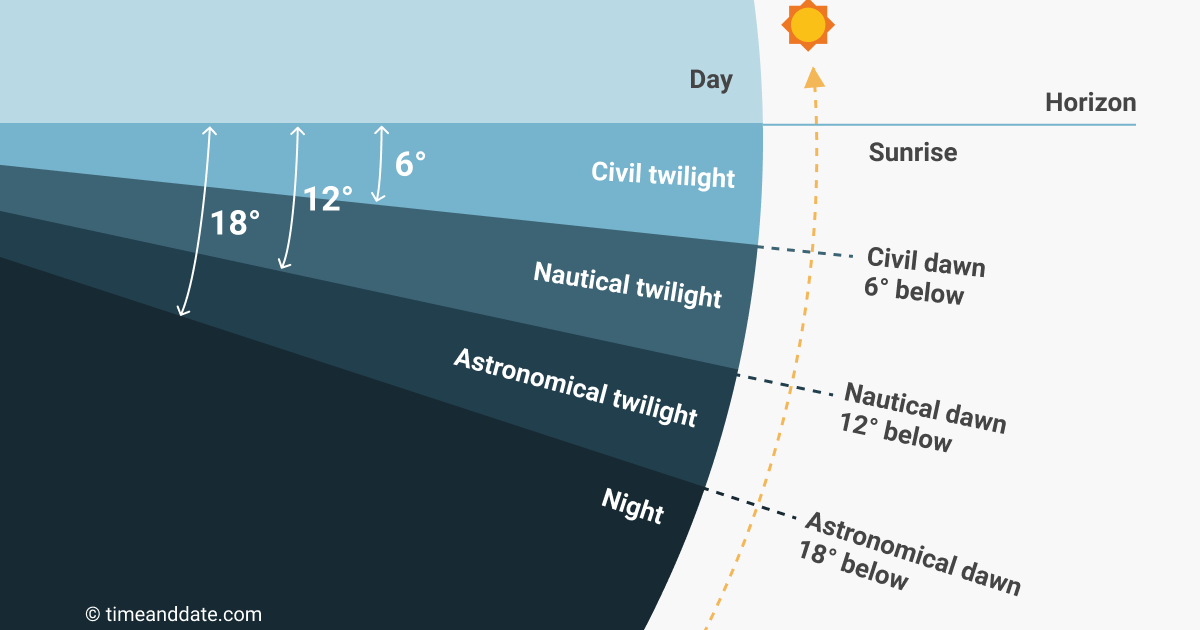 These values are convenient definitions rather than descriptions of an observable condition.

So astronomical twilight isn't something that is seen. It's not an observable. But it is generally the case that by the time that the sun is 18 degrees below the horizon, the sky is pretty nearly as dark as it is going to get.

Civil twilight is when the sun is 6° below the horizon.

Nautical twilight is at 12°.

Astronomical twilight is at 18°.

Not the answer you're looking for? Browse other questions tagged twilight or ask your own question.

0
Is the appearance of the twilight not constant in the interval before the sunrise?

2
what degree in the sky does the sun change color?
3
Significance of astronomical twilight
0
Is the appearance of the twilight not constant in the interval before the sunrise?