Understanding various conditions where a star and a black hole meet and there is no tidal disruption; what all can we infer from this diagram?

Can an entire star pass through the event horizon of a black hole unharmed? is a one sentence HNQ with an amazing (to me at least) answer: for supermassive black holes larger than roughly 100 million solar masses (they can get way bigger than that) a star like our Sun can probably pass through the event horizon "unharmed", or at least not tidally disrupted and spaghettified.

@ProfRob's answer there links to Suvi Gezari's April 21, 2021 preprint Tidal Disruption Events which includes the interesting figure shown below, which I am trying to understand. 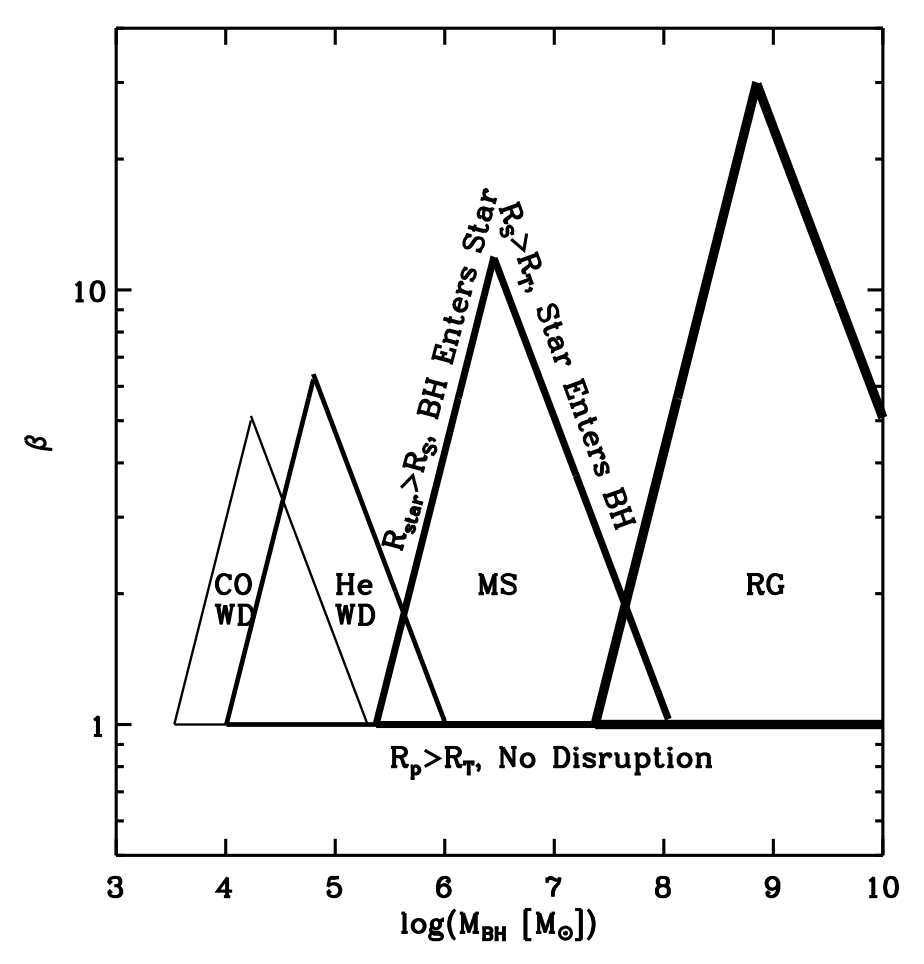 Figure 1: Allowable region for the tidal disruption of stars representative of different evolutionary states, a 0.6M☉ carbon oxygen white dwarf (CO WD), a 0.17M☉ helium white dwarf (He WD), a 1M☉ main-sequence star (MS), and a 1.4M☉ red giant (RG), bounded by the conditions that Rp < RT, R* < RS, and RT > RS for a TDE to be observable, as a function of black hole mass (MBH) and β is the strength of the tidal encounter (β ≡ RT/Rp). Diagram inspired by Rosswog, Ramirez-Ruiz & Hix (2009).

If I'm not mistaken, the variables are: