Why did the famous Multiple Mirror Telescope (MMT) get rid of them and become the Massive Monolithic Telescope?

Arizona’s MMT Observatory used to house the Multiple Mirror Telescope. In 1998, however, it upgraded to the superiorly-named Massive Monolithic Telescope, which replaced the multiple mirrors of its predecessor with a single 21-foot-wide reflector.

While the article suggests that the name is superior, this isn't a sufficient reason to get rid of the old mirrors and associated positioning instrumentation and buy a new, monolithic mirror.

Question: Why the change, and was it really an "upgrade" in performance? 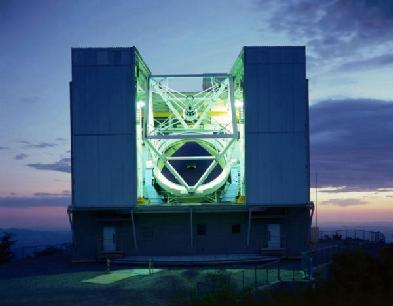 After nineteen years of productive operations, progress in the production of large mirrors (pioneered at the University of Arizona’s Mirror Lab), and new instrument technologies drove the desire to upgrade the telescope to utilize a single 6.5-m mirror in place of the smaller six-mirror array. The conversion would more than double the light-gathering power of the telescope and increase the area of sky the telescope could observe at one time (called the “field-of-view”) by a factor of more than 300.

Although that page disagrees with the name of the telescope. They don't seem to use the "massive monolithic telescope" name anywhere on their website. I wonder if everyone called it that during construction but some board nixed it as the official name?

The new telescope was simply renamed the “MMT,” which is no longer an acronym.

4
How did Copernicus get the idea of heliocentric model?
5
Is it possible to steer the sight of a Liquid Mirror Telescope using a plain mirror scheme? If yes, why hasn't it been done?
10
Why aren't secondary mirrors offset to get rid of diffraction spikes due to the support vanes?
6
Why not use only one support vane for the secondary mirror, to avoid multiple diffraction spikes?
2
How did Johannes Hevelius' long telescope work? Why all the round holes?
2
Why did the then PhD student Didier Queloz get the Nobel prize?
5
Why are these telescope mirror makers not upside down? (Daniel K. Inouye Solar Telescope)
5
Why orient a refracting telescope to the North?