"CBS This Morning" showed this graphic for the 2024 Eclipse that will be seen from America.

I would have expected a solar eclipse to follow an East to West path across the USA since, at least in Maryland, the sun travels east to west in the sky. Yet, the graphic has a strong North/South trajectory.

I was thinking this might be the path of the moon, but wouldn't the moon have to share a path with the sun during an eclipse?

Obviously I am wrong as demonstrated by this graphic, but I cannot see the error in my thinking. Can one of you explain why there is such a strong North/South trajectory during an eclipse?

To move the shadow of the moon on earth north to south, I am thinking that the sun would have to move north or south. See the red arrows. That is impossible. So why is the eclipse traveling south. 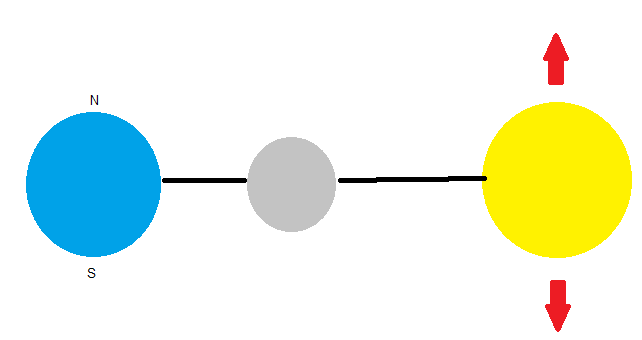 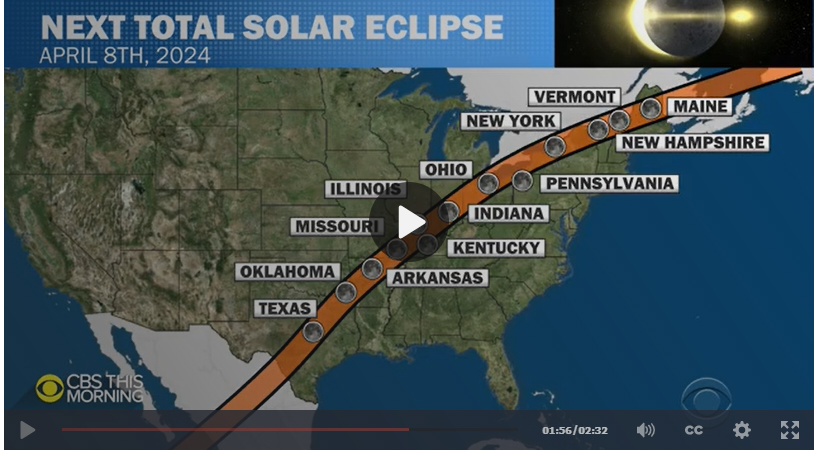 There are exceptions to the above. Despite occurring at a descending node, the initial path of the 21 August 2017 solar eclipse had a slight northward bend to its path before turning toward the southeast. Despite occurring at an ascending node, the final path of the 8 April 2024 solar eclipse will have a slight southward bend to its path, after having traveled northeast during most of the path. The path of the 23 November 2003 solar eclipse, which occurred mostly over Antarctica, was rather bizarre. It's path started moving mostly to the south, then turned toward the east, then toward the north. At the very end of the eclipse the path had a slight westward component.

The reason for these exceptions is that the Earth's rotation axis is tilted with respect to the ecliptic by about 23 degrees. Despite these exceptions, the general rule is that

Solar (and lunar) eclipses happen when the Moon is near a node on its orbit — a point where its orbit crosses the ecliptic. On April 8, 2024, the Moon will be near its ascending node,1 which gives its shadow’s trajectory a northward motion.

Also, this eclipse occurs just about two weeks after the March equinox, which means the Earth’s north pole is tilted “rightwards” as seen from the Sun; even a “horizontal” line seen from the Sun would end up having a slant on the Earth because of that.

Together, these two factors combine to give this eclipse its specific trajectory.

Not the answer you're looking for? Browse other questions tagged solar-eclipse .

2
Why does the eclipse in this video look annular?
0
At the moment of total solar eclipse what are exact distances of Moon & Sun to the Earth
1
In this image, where would the antumbra be?
4
How to test direct sun viewing glasses
5
Is the sun any brighter during a solar eclipse
1
Why does the path of the moon in an eclipse curve (relative to the sun)
5
What is causing this strange shimmering pattern of light during a total solar eclipse?
1
Can a single location on earth witness solar eclipse totality 2 times during a single eclipse event?
3
How did DSCOVR capture the Moon's shadow on Earth during the August 21 2017 solar eclipse without the Moon itself also being visible?