Why does the solar analemma have a strange shape on Jupiter?

I'm trying to look at what the solar analemma looks like from different planets, using Stellarium. To plot the analemma, I go into the ephemeris tab of the astronomical calculations window. From there, I show the position of the Sun every few solar days.

From Earth, the analemma is a well-known "figure 8". From Mars, it's a sort of teardrop shape, because the orbit of Mars is much more elliptical. 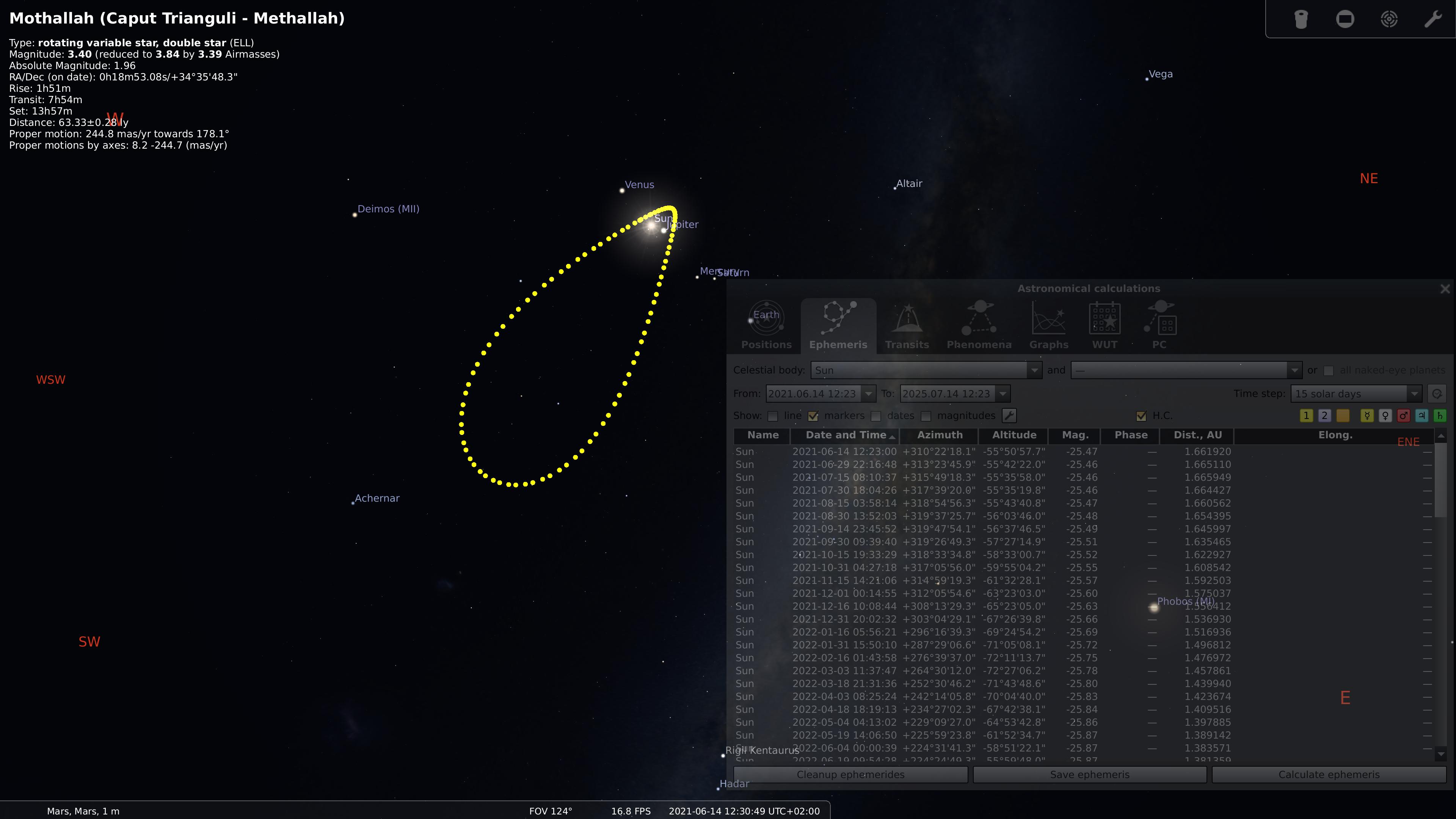 From Jupiter, the analemma seems to draw a bunch of rings. 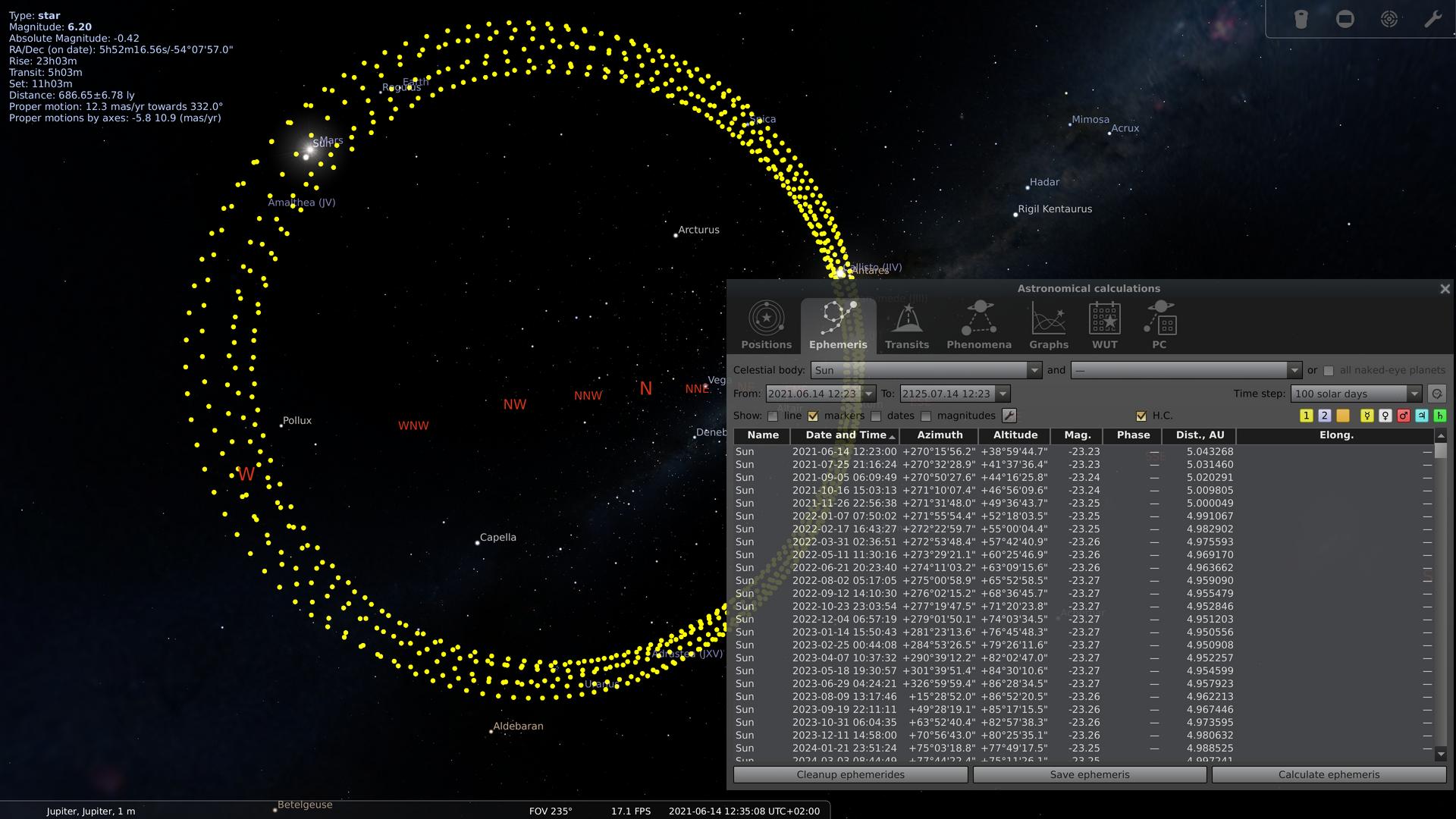 Why does the analemma from Jupiter have this strange shape?

Per @User123's answer, I was using the Earth solar day rather than Jupiter's solar day to plot the position of the Sun. So I re-did the experiment with a time step of 99.258 hours (= 10 Jupiter days) over the course of 12 Earth years (a bit more than 1 Jupiter year). Here is the result. 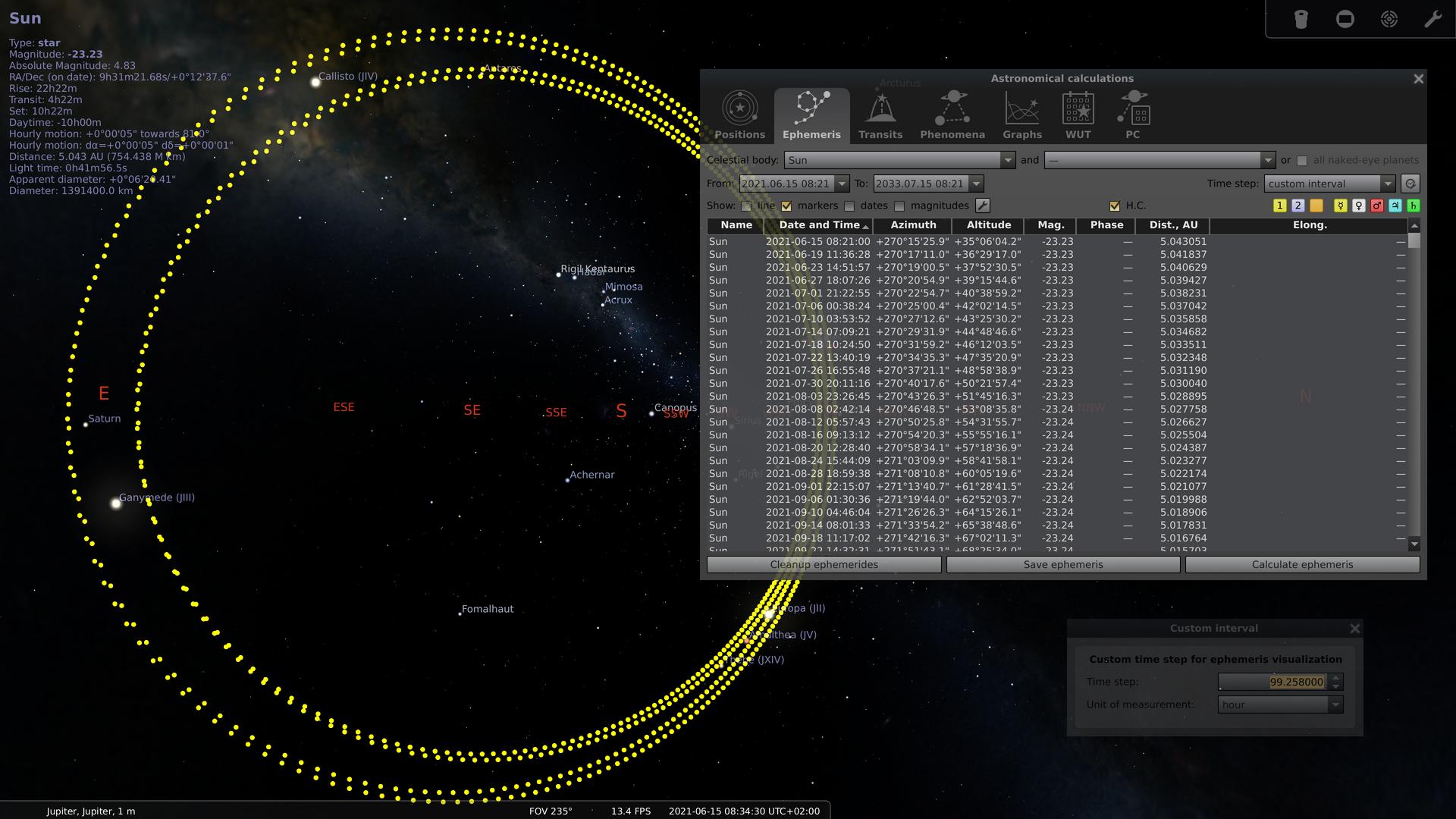 Why is the Sun drawing a bunch of circles in the sky rather than a single circle ?

As written on Wikipedia page about this:

On Earth, the analemma appears as a figure-eight, but on other Solar System bodies, it may be very different due to the interplay between the three parameters determining the analemma: axial tilt of each body, eccentricity of the body's elliptic orbit, and position of either apses or equinoxes. Thus, if either of these variables (such as eccentricity) always dominates the other (as is the case on Mars), the analemma will resemble a teardrop. If either of the variables (such as eccentricity) is significant, and the other is practically zero (as is the case on Jupiter, with only a 3° tilt), the figure will be something much closer to an ellipse. If both are important enough, that sometimes eccentricity or axial tilt dominates, a figure-eight results.

Thus, Jupiter's analemma should be elliptical, which clearly isn't.

After some googling, I found this image of analemmas on different planets. Clearly, Jupiter's looks differently than yours. I reproduced yours example, and I got same results: Mars' analemma looks good, but Jupiter's is simply not similar to the real one.

I believe that the answer is related to lengths of solar days on planets. Imagine we set 1 solar day as one step for an analemma (= 24 hours). Thus, the Sun shows on its mean solar noon and shows correct analemma.

Let's now move to Mars. When you set 1 solar day on Mars, it correctly shows you the analemma. Mars' day is around 37 minutes longer than ours, thus the analemma should not be correct, but still it is. I believe that the developers of Stellarium also coded the solar day for Mars in Stellarium, so when you setup 1 solar day on Mars, it is actually same as 24 hours and 37 minutes. My assertion is that they didn't set the lengths of days on the other planets.

On the newest version of Stellarium, one can set custom step. Try to change step of 1 solar day to 1.001 solar days. The analemma changes a lot, from this ... 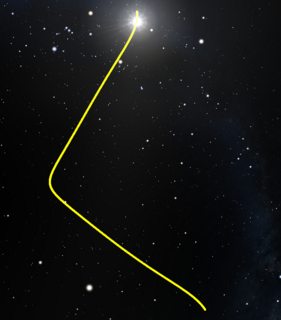 I think that Stellarium doesn't use same length of Jupiter's day as Wikipedia (it is made from gas), so such analemma (with even slight deviation) is incorrect. You have to use so called "Stellarium Jupiter's day". The multiple of such days is around 300.0201 solar days on Earth. I get a correct analemma with such step: 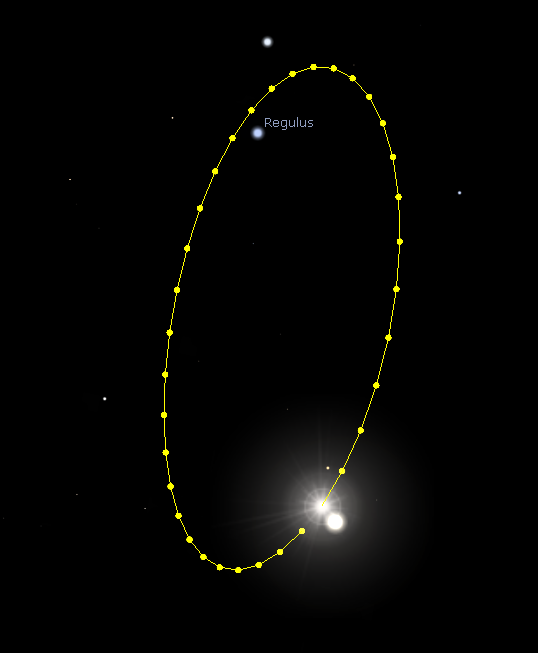 Try to reproduce it:

Additional note: after I updated the Stellarium, the answer changed a lot (but it is still related to the wrong step), so don't get confused with comments bellow (they are referring to the previous version of an answer).

Not the answer you're looking for? Browse other questions tagged jupiter stellarium analemma .

44
Why does the Sun have different day lengths, but not the gas giants?
4
What's up with the solar period of Jupiter in Stellarium?

35
Why does Jupiter have so many moons?
13
What will happen when landing on Jupiter?
10
Why is the Great Red Spot shrinking?
6
When will Callisto be in orbital resonance with the rest of Jupiter's big moons?
5
Solar wind, Earth wind and planetary winds?
3
How big and how far away would the moon be if earth was the size of Jupiter?
3
Is GAIA the only game in town for looking at quadrupole gravitational deflection of light?
4
Path of sun in the sky on a planet with no axial tilt