The FLWR metric or model I believe results from Einstein's equations of general relativity if it is assumed the universe is 1. homogeneous and 2. able to expand (or contract). Solutions can have positive spatial curvature, negative spatial curvature or be flat. My problem is that negative curvature, termed hyperbolic, often depicted as a saddle, seems to be in no way homogeneous. For example as you move around a sphere, or through flat space, the curvature remains constant but as you move along a hyperbolic curve, the curvature varies - it can't be homogeneous. How is this resolved?

But it is. There can be an isotropic negative curvature distribution, as there was in the early universe, in the time of inflation. All points in that space were situated in the same surroundings as all other points. That's why all virtual particles accelerated away from each other in the same way as all other ones. You can imagine this as a torus cut open on one side, with a very small aperture in the middle. The open parts (two of them) extend to infinity.
The small "hole" in the middle of the torus (not an actual hole in the torus itself) represents the big bang.
Also note that space isn't actually expanding. It can't. It can be stretched due to matter/energy, but it cannot expand or contract. The galaxies don't move away from each other due to expansion. They actually move away from each other on a fixed background of negatively curved spacetime (dark energy). The universe looks like this (when normal matter-energy is present): 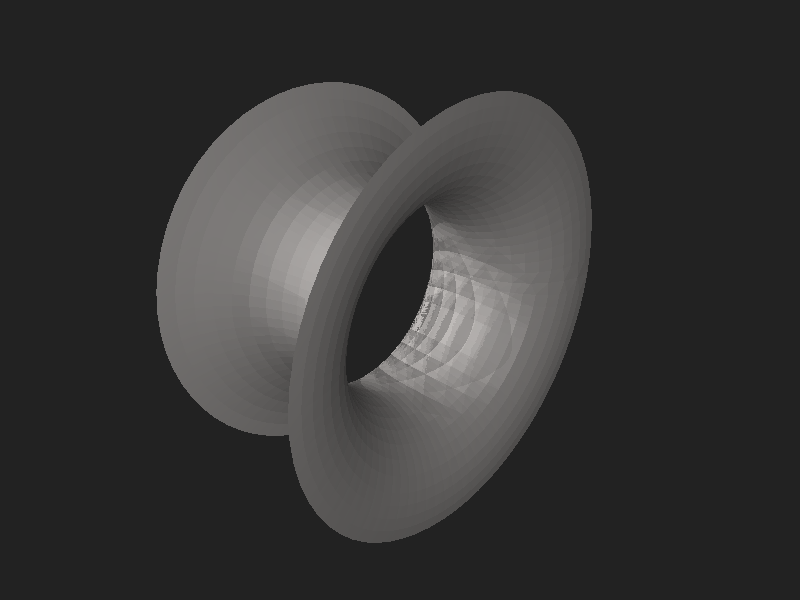 The hole has a much smaller size though and corresponds to time zero. Of course, a 3-d version is the real stuff but unimaginable.
The FLWR metric:

from which you can see that the space component of the metric is time-dependent. In reality, though the spacetime metric is fixed. Why should the metric change in time? It's a misleading picture (I was misled too). Spacetime is fixed in time (it can change of course but not in the way expressed by the above metric. This metric has to be replaced by the metric of a negatively curved spacetime. The metric can be equivalent, but it's certainly not the same.

Not the answer you're looking for? Browse other questions tagged universe general-relativity or ask your own question.

3
Rotation and relativity
5
Spacetime curvature illustration accuracy
27
Age of the universe and time dilation
5
Strong force and metric expansion
1
Dark Matter Curvature
5
Time Dilation and Particle Decay
8
Based off of the study that found the universe has a positive curvature, how big would the whole universe be?