What (if any) capabilities of Hubble are unique and irreplaceable? What can it do that can't be done by any other ground or space-based telescope?

It's impossible to summarize in an SE post the depth and breadth of the contributions to science made using the Hubble Space Telescope.

Above the atmosphere it has

Recently it was used to identify the optical sources of FRBs that had been localized via VLBI to structures within order +21 m galaxies to mas resolution, mentioned just as an example.

Resolution of ground based observatories of much larger aperture diameters can approach diffraction limited resolution though advanced, active wavefront correction (adaptive optics) and while it used to only work in near infrared inroads are being made for some visible light wavelengths now.

Question: What capabilities of the Hubble Space Telescope are unique and irreplaceable? What are the things it can do that either simply can't be done by any other telescope, ground or space-based?

It's been observed that if/when Hubble finally retires after its order 30 year career:

With JWST so close to being launched (it's always ten years away... :/), NASA might just say so long and thanks for all the fish to Hubble.

and in terms of resources on the ground (personnel and otherwise) JWST commissioning and use will require all hands on deck, so I can imagine that this might indeed be what happens.

But which type of observers will miss Hubble the most; which kinds of observations will be most severely impacted by Hubble no longer being available?

Re adaptive optics moving into visible wavelengths but certainly not covering Hubble's blue or UV capability:

From @ProfRob's answer to How did VLT's adaptive optics obtain this resolution for Neptune? Is it really working in visible wavelengths>

...the shortest wavelengths used in this false-colour image were 550nm and that most of the detail you see is coming from redder wavelengths (600-920nm). 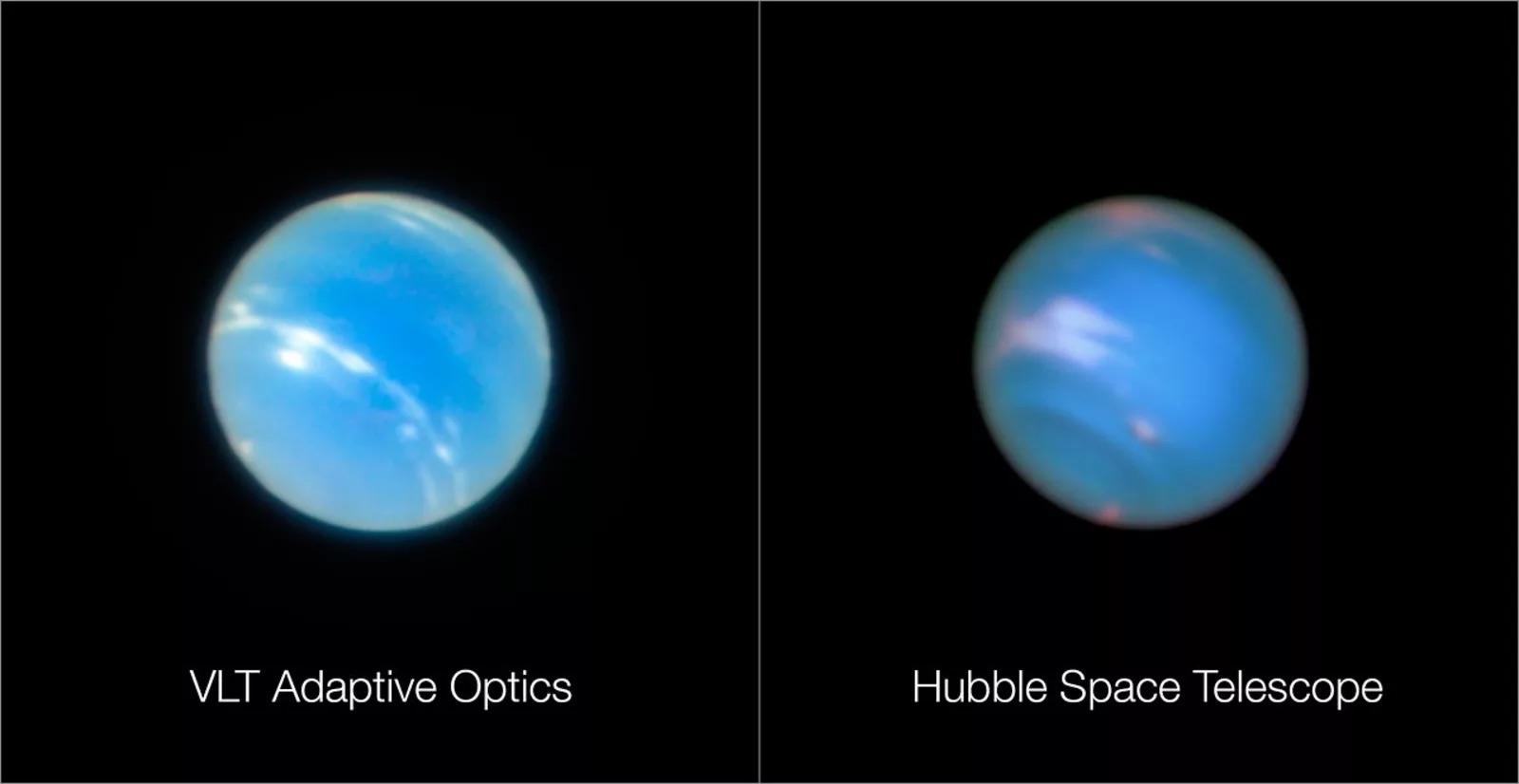 Whilst not a complete answer, you certainly can't do UV spectroscopy from the ground in the way that Hubble can with the COS and STIS instruments.

Hubble has no capabilities as far as I know that could not be replaced simply by building another one. But probably you mean cannot be replaced by an existing or planned space telescope. In which case, I think my first answer still applies - certainly JWST has no such capability.

Not the answer you're looking for? Browse other questions tagged observational-astronomy space-telescope hubble-telescope observatory or ask your own question.

5
Claim that 30-m class telescopes will have resolution far superior to Hubble: true?
7
How could a 20 inch space telescope "be able to make out Earth-size planets" orbiting Alpha Centauri?
7
How good is the HST compared to ground telescopes?
8
Why was the (small) Hubble better able to find KBO targets for New Horizons than large adaptive optics ground telescopes?
12
How would astronomical seeing on Mars differ from that on Earth?
4
Why does Nancy Grace Roman = 100 × Hubble? Why is the new space telescopes wide field camera so much wider than the old one's?
2
Are there any space-based observatories that use interferometry?