Since hydrogen bombs detonating are like tiny little stars, I wonder what luminosity and spectral classification they would get if one were to categorize them like this. E.g. Starfish Prime and the Tsar Bomba?

Hydrogen bombs aren't like little stars. The process of fusion in stars is slow, releasing very little energy per cubic metre. As a result of this, and their large scale, stars are close to thermodynamic equilibrium throughout most of their interior and have a stable photosphere that can be characterised by a spectral type.

Further, stars contain a particular mixture of chemical elements in their photospheres, which conspire to produce many of the spectral features that give them their spectral classification.

In contrast, a fusion bomb will produce an expanding, cooling fireball that actually has more in common with a supernova explosion (indeed the Sedov blast equations, developed to model nuclear explosions, can also be applied to supernovae). The fireball itself might be considered as some sort of photosphere and as such, might be assigned some temperature, but that's about it.

Example of a fairly well-defined photosphere: 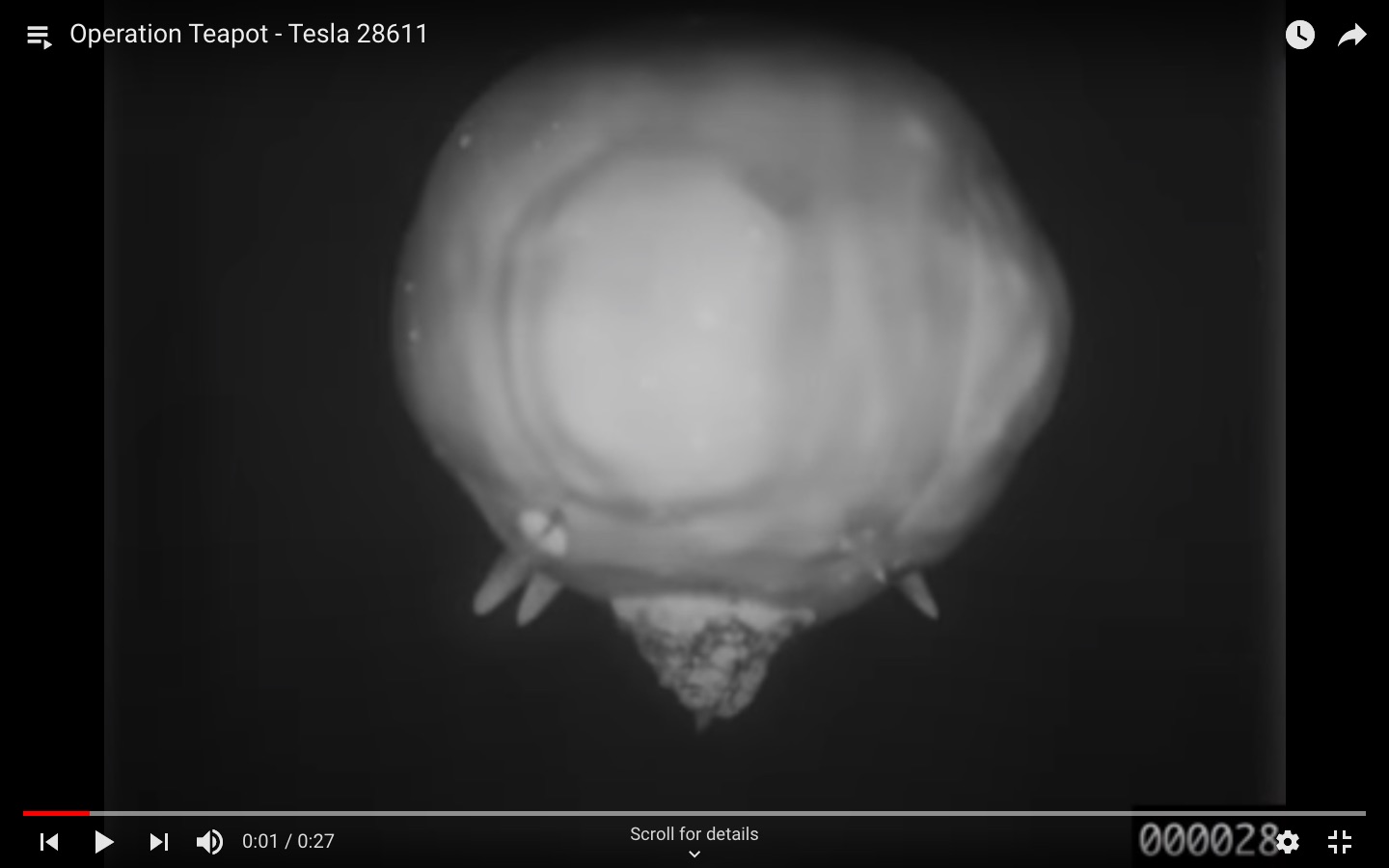 Not the answer you're looking for? Browse other questions tagged luminosity spectral-type or ask your own question.

9
What is the frequency distribution for luminosity classes in the Milky Way Galaxy?
3
Difference between luminosity, luminous flux, and radiant flux?
4
Estimating a star's radius, temperature, and luminosity based on its mass
11
Is there a relation between mass, radius, and luminosity in deuterium-burning brown dwarfs?
0
Relation between age and spectral type of star
10
Is there an O1 or O0 star?
5
Does "spectral type" and "stellar classification" refer to the same thing?
5
What does a + (plus) mean in stellar classification?