Has the rotation of Eris and Dysnomia been observed?

Since both Eris and Dysnomia have been captured on a single image, is it possible to shoot multiple images of them to see how they rotate around each other? Has this been attempted? We don't know much about Dysnomia, but observing its revolution around Eris could shed some light on its characteristics. Eris-Dysnomia is believed to have the 2nd-highest mass ratio, after Pluto-Charon.

Has the rotation of Eris and Dysnomia been observed?

is it possible to shoot multiple images of them to see how they rotate around each other? Has this been attempted?

From the 2020 preprint The Eris/Dysnomia system I: The orbit of Dysnomia found in Wikipedia's Dysnomia (moon) see the following Hubble Space Telescope Wide Field Camera 3 images.

Don't worry that Eris doesn't appear at the center of the ellipse(s) shown for Dysnomia's orbit. Projections like this will turn one ellipse into another ellipse of a different shape, but will not map foci correctly. For more on that see this answer to Why does Earth not appear to be at the focus of TESS' elliptical orbit in this video? and links therein. 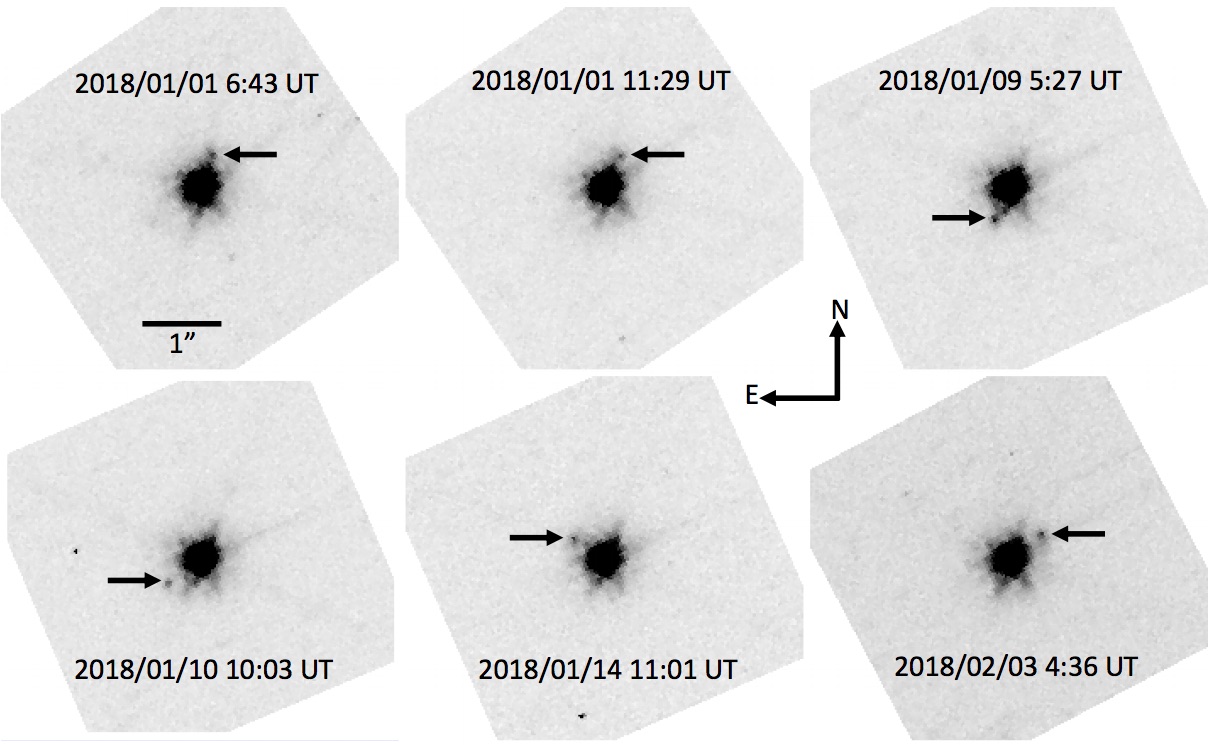 Figure 1: Median of the four 348-second images from six visits of HST 15171 stretched to show both Eris and Dysnomia (denoted by the arrow). All images are shown using the same stretch and are rotated so that North is up and East is to the left. The median UT date and time are given for each image. Visits 1, 2, & 4 are along the top row; visits 5, 6, & 53 are along the bottom row. Visit 3 consisted of only two usable images so we do not present the median image here. 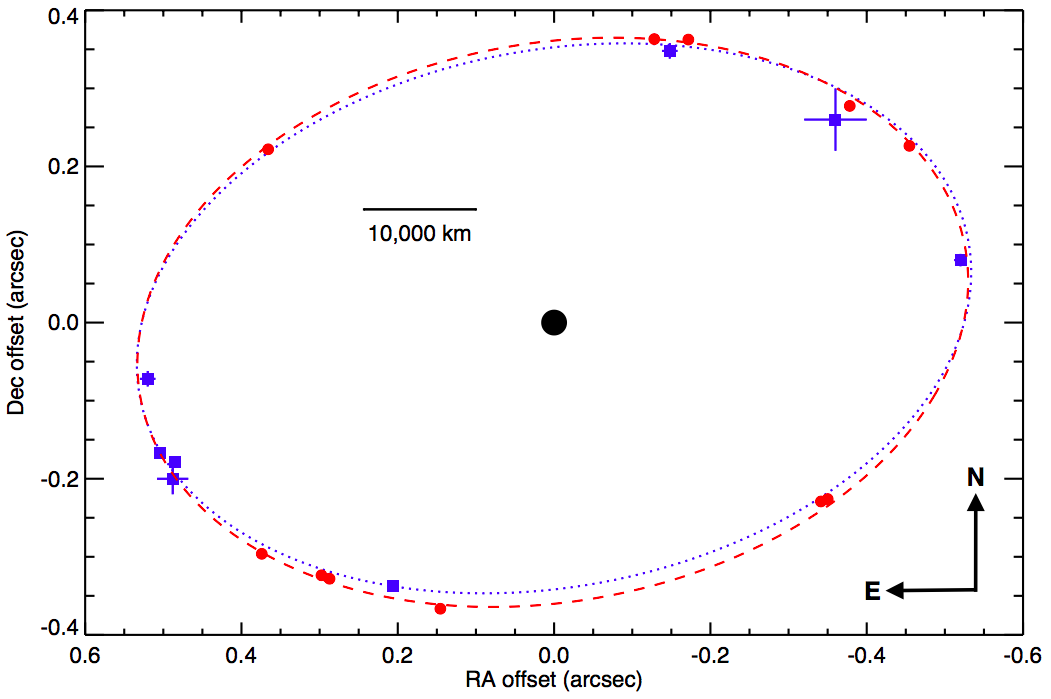 Figure 2: Projected orbit of Dysnomia. North is up and East is to the left, in the direction of increasing right ascension. Eris is to-scale in the center (∼30 mas diameter). The blue squares represent the positions of Dysnomia from Epoch 1. The red circles represent the positions of Dysnomia in Epoch 2. These symbols are not scaled to the estimated diameter of Dysnomia. Error bars are shown for all points but may be smaller than the symbol (see the supplementary material from Schaller and Brown (2007) for errors for Epoch 1 and Table 1 for Epoch 2). The blue dotted and red dashed lines represent the orbit fits to Epoch 1 and Epoch 2, respectively.

Not the answer you're looking for? Browse other questions tagged natural-satellites trans-neptunian-object or ask your own question.

1
What effect does a natural satellite have on a planet's rotation and revolution?
2
Which moon has a scar as if it was torn in half and put back together?
2
Do the number of moons a planet has affect the speed of the planet's rotation?
2
How old are Janus and Epimetheus?
1
How do they know how far out Farout is? (2018 VG18)
5
What does the Sun look like from Eris at its aphelion?
5
Up to 384 minor planets (including Pluto) qualify as planets?
11
What is the longest natural bound orbit chain observed?