When we look at the sun with our eyes it seems much larger than it actually is. When we use a solar filter we are seeing what the sun actually is.

So, what is the name of the thing the solar filter is eliminating? The larger glare part.

And, why does this happen? Why do we see this light that makes the sun appear bigger and not the smaller circle that is actually the sun? 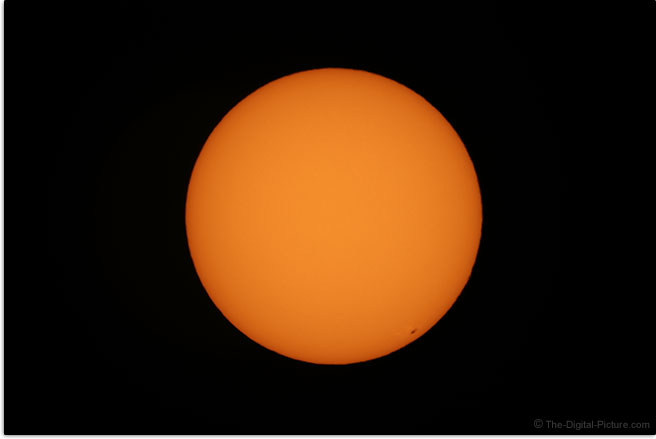 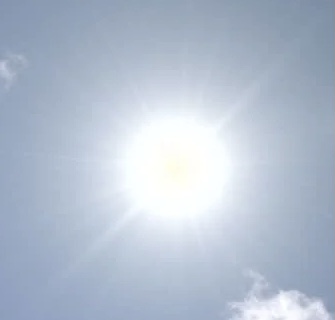 I think you're talking about the effect of a "fluffy glowing ball" around the solar disk, shown on the right in this photo: 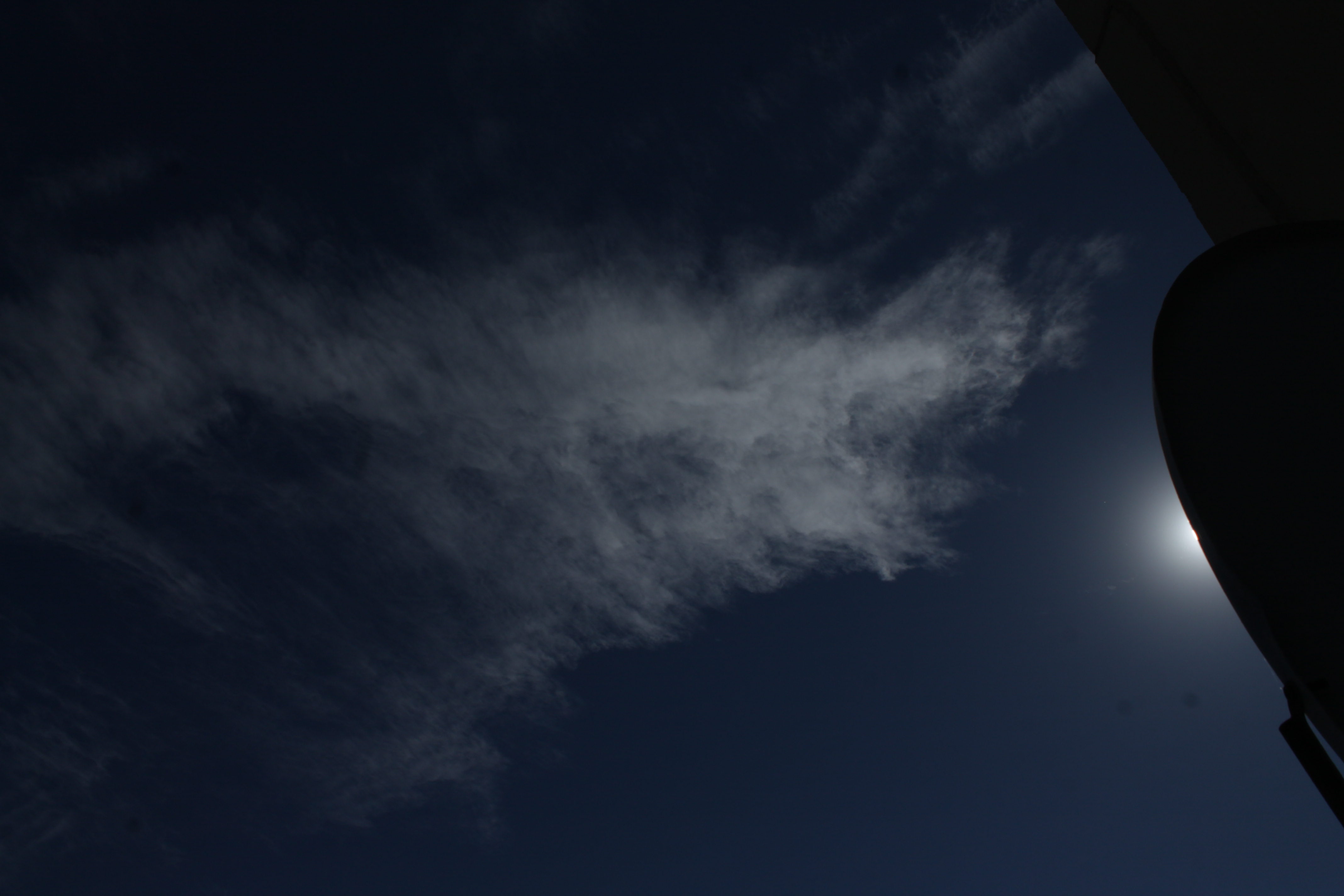 This is called solar aureole, and it's caused by the aerosols in the air, which scatter light with a well-pronounced forward peak in the phase function:

I am not sure there is a single word for this, since the effect is a little complicated. We might call it "the glare of the Sun".

But there are (at least) two things that will contribute to this.

Lens flare and glare (but in a photograph, so it's really flare): 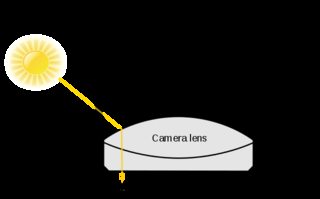 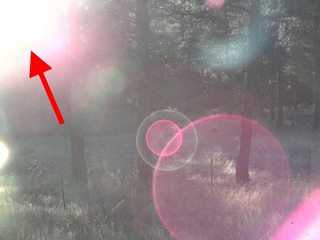 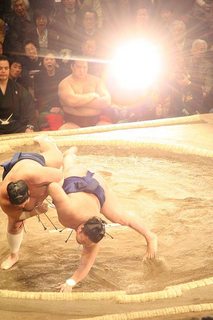 While Mie scattering is generally strongest in the forward direction and for particles tens or hundreds of wavelengths in diameter is almost completely seen within a few degrees of the source, it does have some intensity in other directions. Clouds are the white (i.e. they reflect as the same color as the light that hits them) due to large angle Mie scattering. 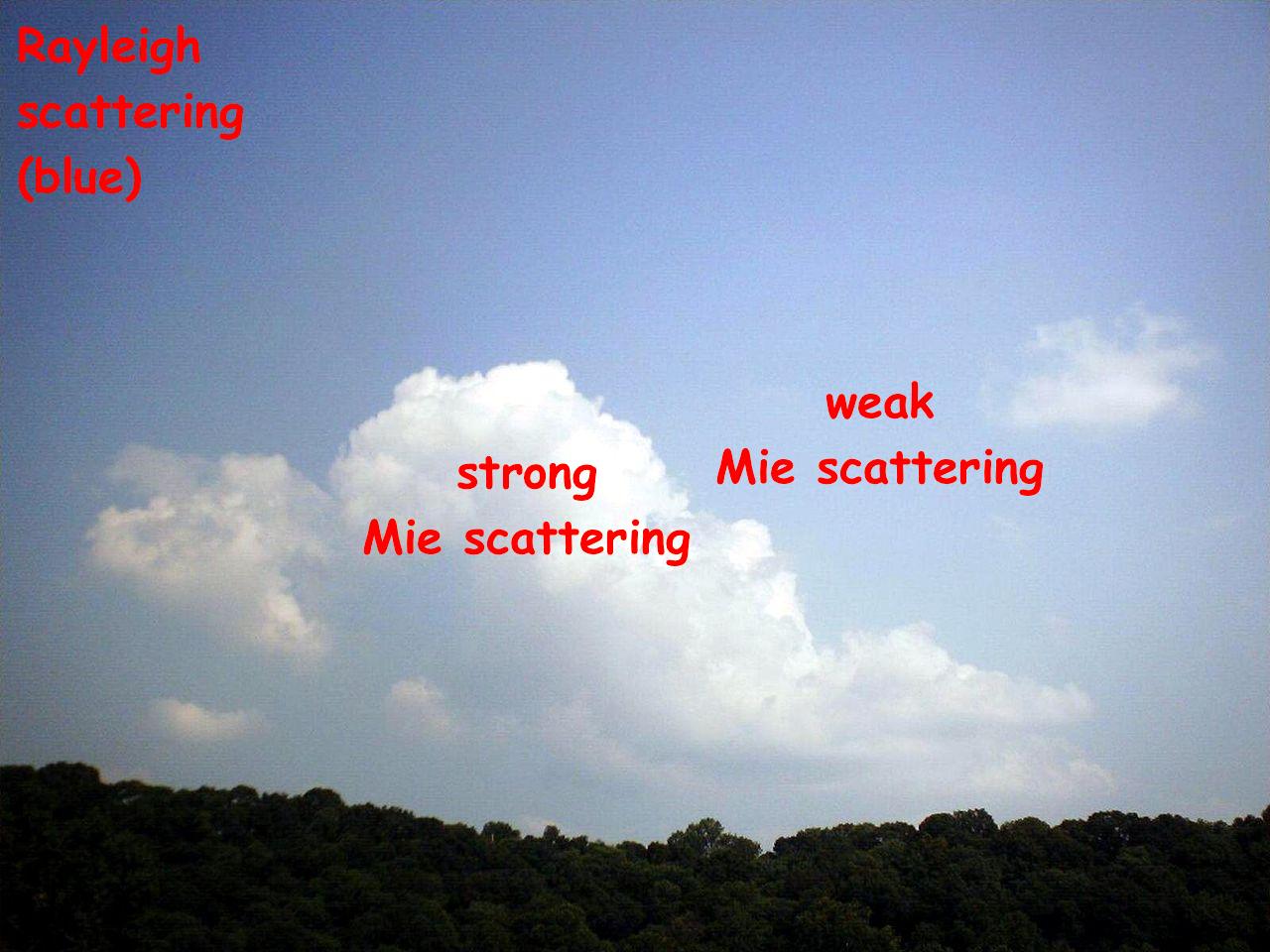 None of the other responses seem to answer the question "What is the name of the thing the solar filter is eliminating?"

In fact, the solar filter doesn't eliminate anything. It just makes everything a lot less bright.

You see a lighted region around the sun due to scattering effects that others have mentioned, but it really is not that bright compared to the sun itself. When you use a solar filter, you can see that clearly. But with an unfiltered view, it is still bright enough to saturate the viewing medium, just like the sun does, and so it looks just as bright as the sun, even though it is nowhere close.

The part of the sun you see (but you shouldn't look at the sun except through a filter) is the photosphere: https://en.wikipedia.org/wiki/Photosphere The scattering effect in your second photo is due to the atmosphere: it can be anywhere from almost nonexistent (say in clear mountain air) to obscuring the solar disk entirely, as when you have a heavy cloud layer.

You can see the same scattering effect with the moon, and sometimes with stars, though it's much less noticable because they're so much dimmer.

Not the answer you're looking for? Browse other questions tagged the-sun amateur-observing atmospheric-effects visible-light or ask your own question.

13
Fate of Jupiter when our sun dies
4
Why do we use solar filters instead of simply reducing aperture of the telescope?
5
Why do photos of Earth always have a black background?
4
Why is only a narrow chunk of sky darkened in this amazing Curiosity solar eclipse GIF from Mars?
1
Can a star emit a larger fraction of its total light in the visual range than the Sun does
32
Why doesn’t the Sun fill the sky on Mercury?
3
What does the Sun "look like" below 100 MHz?
2
How do the sun's light rays come to the world?
2
Difficulty in using the telescope as a projector
4
Moons with curlicue paths around our Sun?