What is the (overall) half-mass radius of Milky Way

I am doing some simulation and I need the half-mass radius of Milky Way (total mass: including all objects, dark matter, nebula...), but I cannot find the value and I don't know how to calculate it.

I don't know whether it has some relation with half-light radius and the radius when the rotation curve get the apex or not.

I just want to know an interval instead of accurate value.

If it is impossible to get the value or the interval of total mass, half-mass radius that contains stellar is also okay.

The half-mass radius for the Milky Way (including dark matter) is probably greater than 70 kpc and may be as much as 150 kpc. This is way bigger than the radius that includes half the stellar mass or half the luminosity (both, a few kpc). i.e. The mass distribution of the Milky Way is entirely dominated by dark matter beyond about 10 kpc.

A recent paper by Eadie & Juric (2019) gives you almost exactly what you want - a cumulative mass vs radius profile for the Milky Way, derived from the kinematics of globular clusters.

Below is the main result, derived from two different datasets (see the paper for details). The grayscale marks 50%, 75% and 95% credible regions from their Bayesian analysis.

But to use this plot to answer your question one needs to define the total mass of the Milky Way. Unfortunately, this is not a straightforward thing to define and the total mass of the Milky Way is quite uncertain. Eadie & Juric quote a mass within 200 kpc as $(0.62-0.81)\times 10^{12}M_\odot$ (50% credible limits), but this isn't necessarily the total mass. Posti & Helmi (2019) find the mass out to a virial radius of 287 kpc to be $1.3 \pm 0.3 \times 10^{12}M_\odot$. If that figure for the total mass is used, you can see from the plots above that half this mass is contained within about 150 kpc, but this could easily have an uncertainty of 50 kpc.

By way of contrast, I also found an earlier paper, presumably based on somewhat inferior data, that does pretty much the same thing. Taylor et al. (2016) provide the following cumulative mass profile plots (again, the left and right hand panel correspond to different constraining datasets, see the paper for details). By eye I would say that both plots have a half-mass radius of about 70 kpc and certainly smaller than the $\sim 150$ kpc suggested by the latest studies. 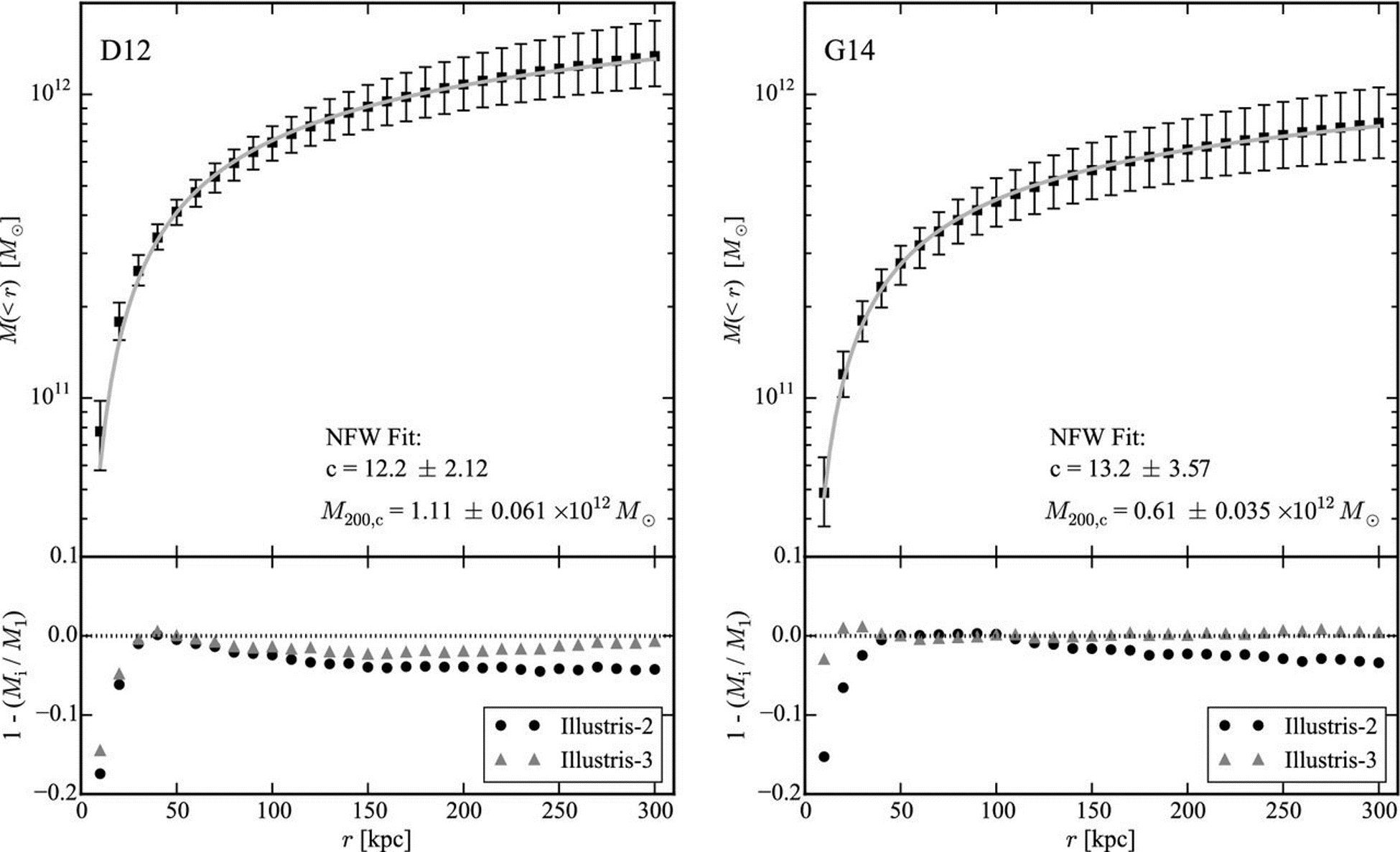 There is a contribution from Yoshiaki Sofue (which actually is a HTML version of arXiv:1608.08350) which seems to contain what you are after in the section Milky Way's direct mass calculation (4.1.3) with an insightful graph of the surface-mass density (SMD) which shows that your question is not answered easily as the half-mass-radius depends on the model (of the Milky Way) used: 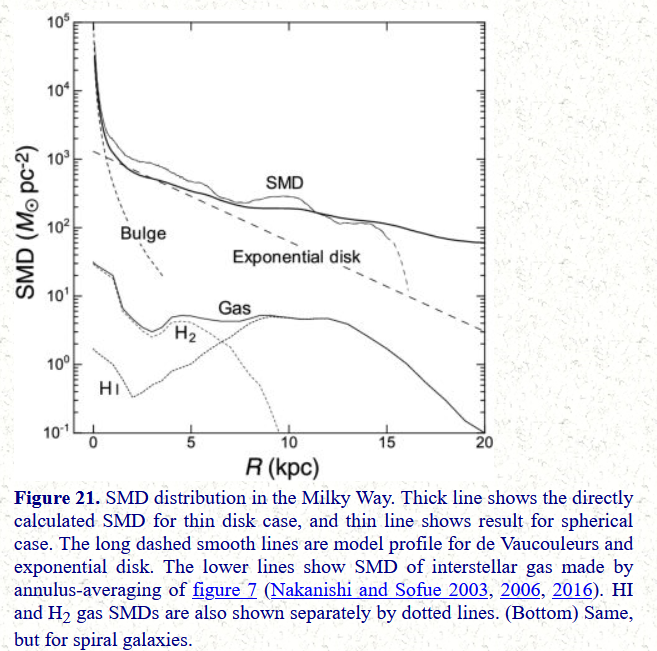 As described in the cropped caption, the essential curve is the upper one and the answer would be average over that curve.

I also liked Table 6 of the same paper which lists numbers for (the outer radii of) different parts of the Milky Way, like for the massive core buldge, main buldge, disk.

Not the answer you're looking for? Browse other questions tagged milky-way mass or ask your own question.