Why are the radio images of the jet of 3C 273 different?

At NASA/IPAC Extragalactic database, we can see images of the jet of matter being ejected from the quasar 3C 273. Here are a couple from the radio spectrum as examples: 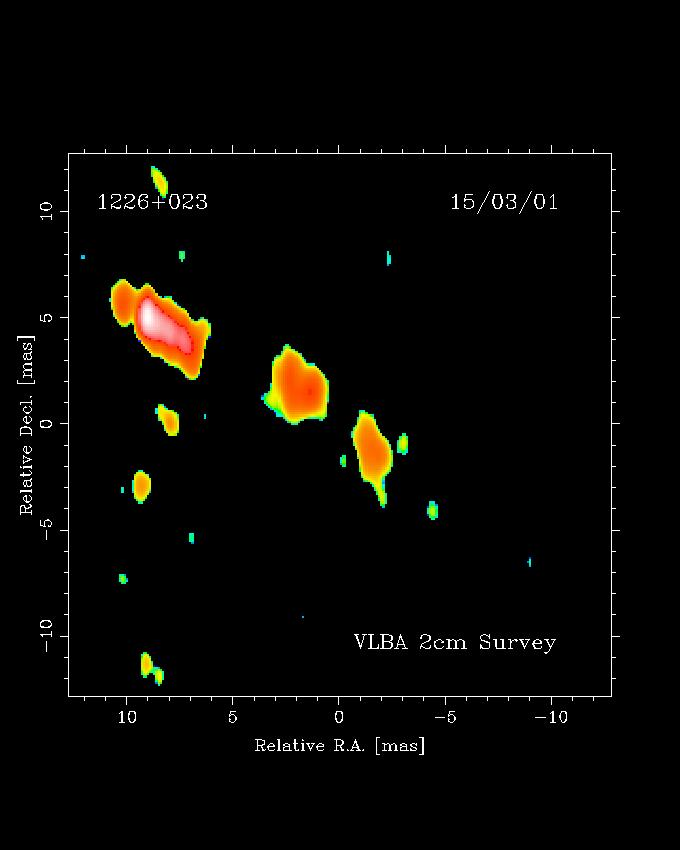 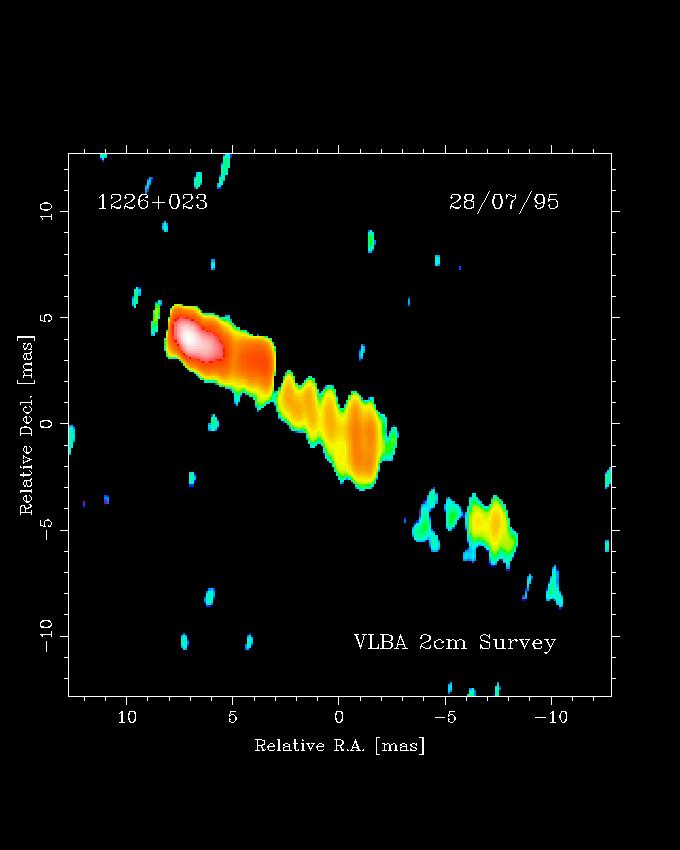 My question is: why are the images so different? Is it because the jet itself is changing between the images (which are taken on different dates)? Or are the images somehow showing static structure within the jet? Or is it an artefact of the image processing?

EDIT: I've made a quick animation of the images spanning July 1998 to March 2001, in case it sheds any light, so to speak:

The quick answer is yes, we indeed see real changes in the structure of the jet.

Longer answer; There are several factors that define how the jet of 3C 273 looks like: frequency of observation, telescope/array used, and real changes in structure. If we observe with interferometry technique from Earth, the higher the frequency - the better the resolution and the worse is sensitivity. In simple words, at higher frequency one can see finer but only the brightest details.

The images you’d shown are indeed taken with some VLBI array: a number of telescopes observing simultaneously at the same frequency. The more telescopes one has at once - the bettter image is. With less telescopes or problems even at a single telescope of the array, the image is more noisy

Finally, the jet itself changes. In case of 3C 273, the changes are visible with monthly observations. There are two excellent programs to monitor jets and see real structural changes: https://www.physics.purdue.edu/MOJAVE/sourcepages/1226+023.shtml And https://www.bu.edu/blazars/VLBA_GLAST/3c273.html

UPD: The matter in these jets indeed moves with immense speed, exceeding 0.99 of the speed of light. But because the jet in 3C 273 is pointing almost towards us, there is another funny effect that increases apparent speed: https://en.wikipedia.org/wiki/Superluminal_motion

The measurements of the apparent speed are made on the basis of positions of bright spots/knots moving along the jet. The most probable nature of these bright features is shock waves traveling downstream the jet.

Not the answer you're looking for? Browse other questions tagged quasars image-processing or ask your own question.

16
Why are all quasars so far away?
2
If quasars are powered by black holes, why are they so bright?
4
Are quasars simply AGNs that are viewed from a particular angle?
2
How can I make the fringing pattern visible in my flat (twilight) images for filter i?
6
Is there a recent update on the mysterious M82 radio source reported in 2010?
2
Where can I find thousands of actual images of stars in the galaxy?