What is a typical "pulse rate" for a black hole "heartbeat"? Is the process better understood than it was in 2011?

The 2011 NASA Goddard video NASA | RXTE Detects 'Heartbeat' Of Smallest Black Hole Candidate mentions a heartbeat and includes a graphic of pulses from GRS 1915+105. A screenshot is shown below. No timescale is shown, it's mostly a "graphics fluff" or "science woo" (to borrow a phrase) video.

Question: What is a typical "pulse rate" for a black hole's "heartbeat"? Is the process better understood than it was in 2011? 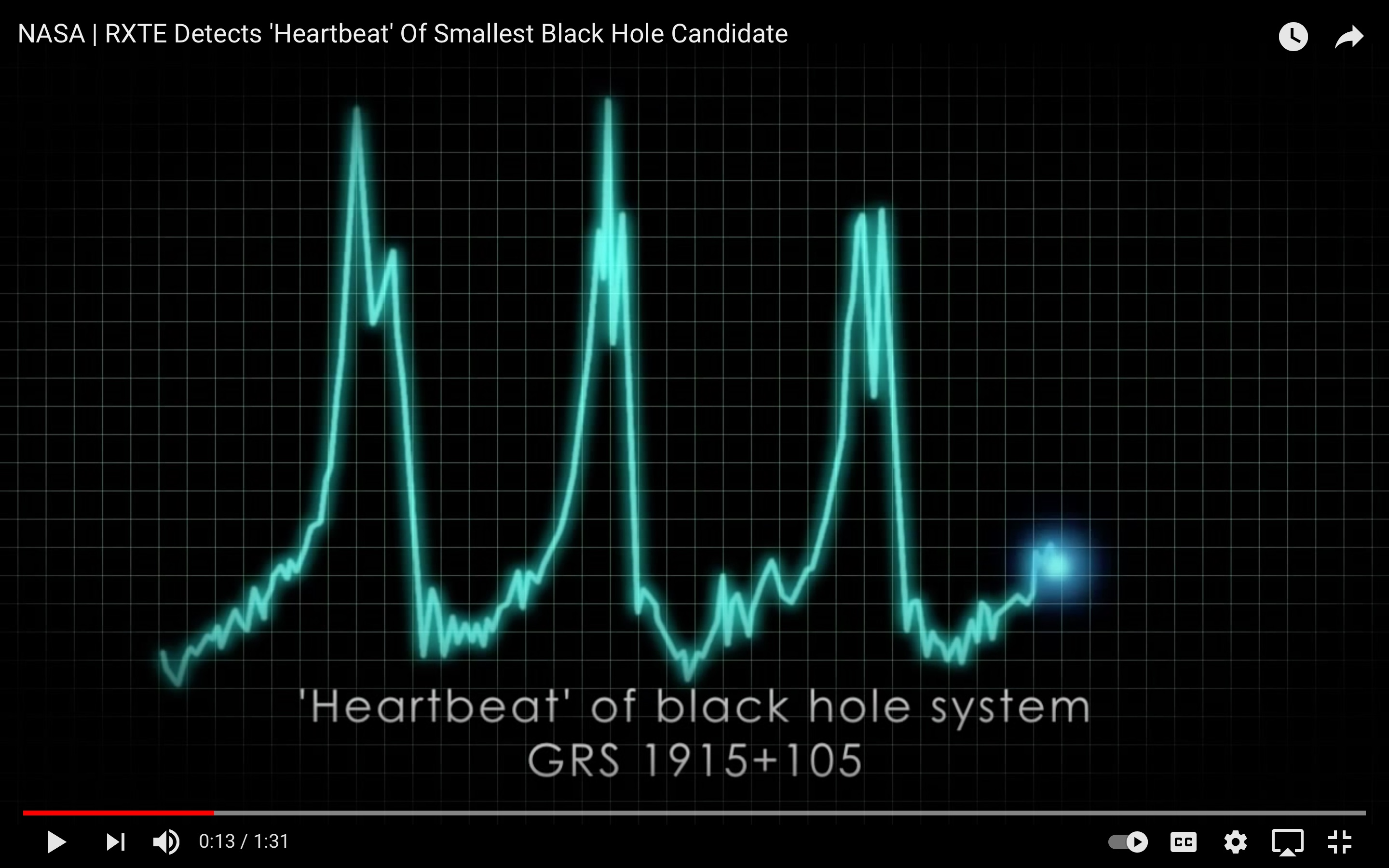 Browse other questions tagged observational-astronomy black-hole time-domain-astronomy or ask your own question.

2
Why would a black hole's magnetic hair being short-lived not violate the no-hair conjecture, but long-lived hair would? How long is "long-lived"?