I'm trying to solve this task: 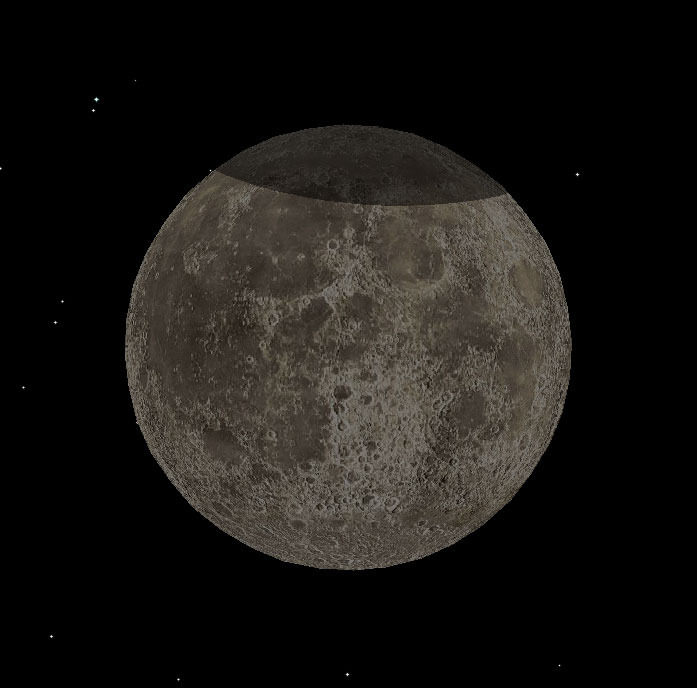 I can't really understand it. Could somebody help please?

This is indeed a little confusing wording at first.

First, go compare this image to another image of the Moon (from Wikipedia or elsewhere) to find out which edge of the Moon is currently shadowed in the question, i.e north, south east or west edge. Since the Moon moves fairly close to the ecliptic, the Earth's shadow moves from west to east (from our perspective).

They could have rotated the moon arbitrarily to make the question harder; north might not be "up" in the image.

As a total lunar eclipse proceeds, the umbra first only partially covers the Moon; at first the west side, and at the end, the east site.

However, sometimes the Moon is slightly above or below the ecliptic, so it will be a partial eclipse. In that case the shadow still moves in the same direction, but it only crosses the north or south edge of the Moon. 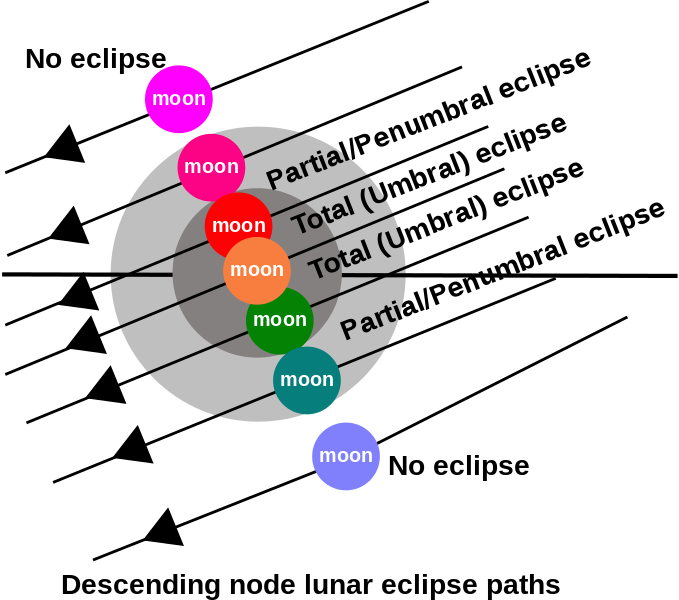 Not the answer you're looking for? Browse other questions tagged the-moon lunar-eclipse .

14
Why does the darkening of the Moon go from left-to-right during an eclipse?
10
Red Moon a Characteristic of all Total Lunar Eclipses?
0
Multiple apparent lunar eclipses last night
4
What irradiance does the Moon receive during a total lunar eclipse?
3
Why can't we observe a solar eclipse and the preceding/following lunar eclipse from the same place?
3
Why could I so easily see and photograph such a bright totally eclipsed Moon from a bright city road? (May 26, 2021 total lunar eclipse)
3
Could there be an eclipse tomorrow if the Pleiades is covered by the Moon tonight?
2
When could solar eclipse happen in a way that Sun's disk is diminishing from below?