Is the Ra/Dec of Alnitak in Orion's Belt known to be correct?

I've obtained right ascension / declination information about some of stars in the Orion constellation from a few different sources and imported this into an open source video game I'm making. Using (my own possibly wonky) Ra/Dec/Parallax to x,y,z methods, Orion looks like this: 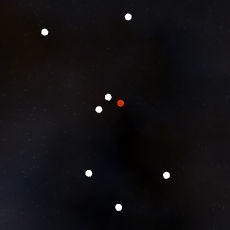 I then manually adjust the declination of Alnitak by 1.5 degrees, and get a more believable result: 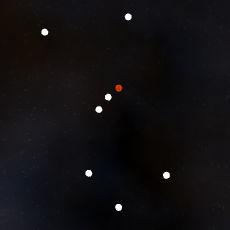 To give some background, I initially pulled data for these stars from the SIMBAD Astronomical Database but found that Alnitak had no parallax information. After manually looking up and adding in parallax info based on known distance, I realised the position looked wrong. I checked multiple sources - Star facts, Astro Pixels Wikipedia, and others - they all report similar declinations (well within 1 degree).

I find it strange that one star would be off and the others not, so normally I'd blame the data source. However it seems incredibly unlikely so many (likely peer reviewed) sources would simply be wrong, especially with such a well known star triple star system.

How I create my x,y,z positions:

But now I don't know if my way of determining position is flawed.

Anyone have any ideas on where I might be going wrong?

I tried to reproduce your result. I took the values of RA and DEC from Wikipedia: Alnitak, Alnilam, Mintaka.

The values are the following:

Please, check whether these are about the same values that you have used. I plotted them and this is the result 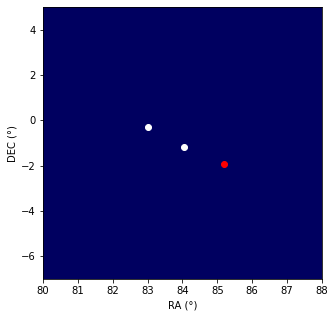 Looks ok to me, so the problem is not in the public known coordinates of the star. Please, check that you have entered the correct values for Alnitak.

Not the answer you're looking for? Browse other questions tagged declination right-ascension .

20
Could someone explain RA/dec in simple terms?
4
Convert a Decimal into RA or Dec
1
How to calculate the time and distance of closest approach of a star?
0
RA and Dec of the Sun at J2000
0
Correct units to use while plotting mollweide projection of sky chart with RA and Dec values, matplotlib
5
What is the area of the Summer Triangle?
0
How to convert Proper Motion in RA & Dec to Galactic Coordinates
0
RA and Dec of Near-Earth-Objects
3
Is this how stars’ right ascensions correlate to planets’ longitudes on a 2d map?
3
What is the rate of change by day for a given right ascension?