What would be the effect of a large solar flare on motor vehicles?

With the solar cycle now leading to an increase in flare activity, one naturally starts to think the effects of a large solar flare heading this way.

While major flares like the Carrington Event are well described, along with the impact in NE Canada in 1989, what I have had some trouble finding is the effect of a large solar flare on modern motor vehicles. Would a large solar flare cause the batteries in a Tesla to explode? Would it destroy the electronic ignition in a Honda Accord? Would we even be able to turn on and drive a modern car (use a 2015 Honda Accord as a reference)?

I looked through some recent posts - here and here, but didn't find a good answer.

Otherwise, don't worry about it.

The answer to Does a geomagnetic storm visibly deflect a compass?

shows the plot below which was a very large event.

It looks like the fastest change was about 200 nT per minute or about 3 x 10-9 Tesla/second. For a 6 square meter car that's an electric field around the car's perimeter of about 20 nanovolts all the way around, inducing a minuscule current, probably below that due to galvanic effects (dissimilar metals, rain, salt, rust, dirt).

You need a big antenna to pick it up. Since the area increases faster than the perimeter, if your car were 2,000 km by 3,000 km that would be about 20,000 volts! Of course a real circuit (a continental-sized power grid) presents substantial conductivity, so you wouldn't necessarily see 20 kV lightning, but you will see blown transformers and switching stations because of the induced current overloading. 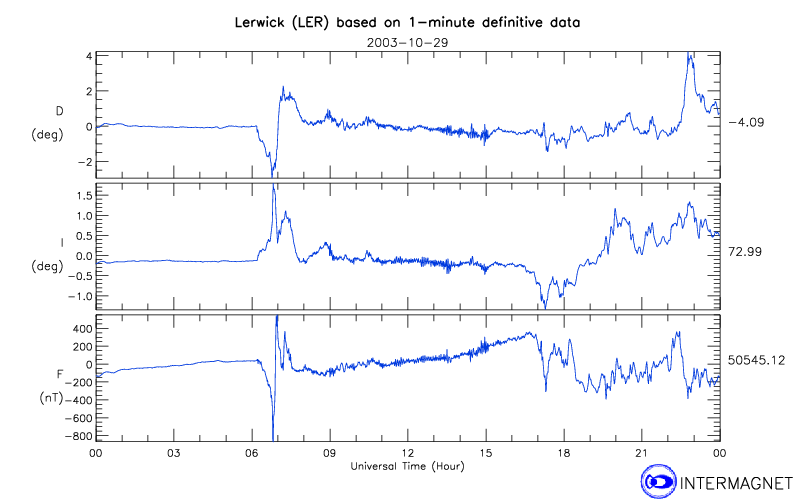 Of course, if your car has a magnetic compass stuck to the windshield (my grandfather's car did) it might show several degrees of deflection, but that's probably buried in the errors caused by the soft-iron effects of the car's magnetic frame itself. 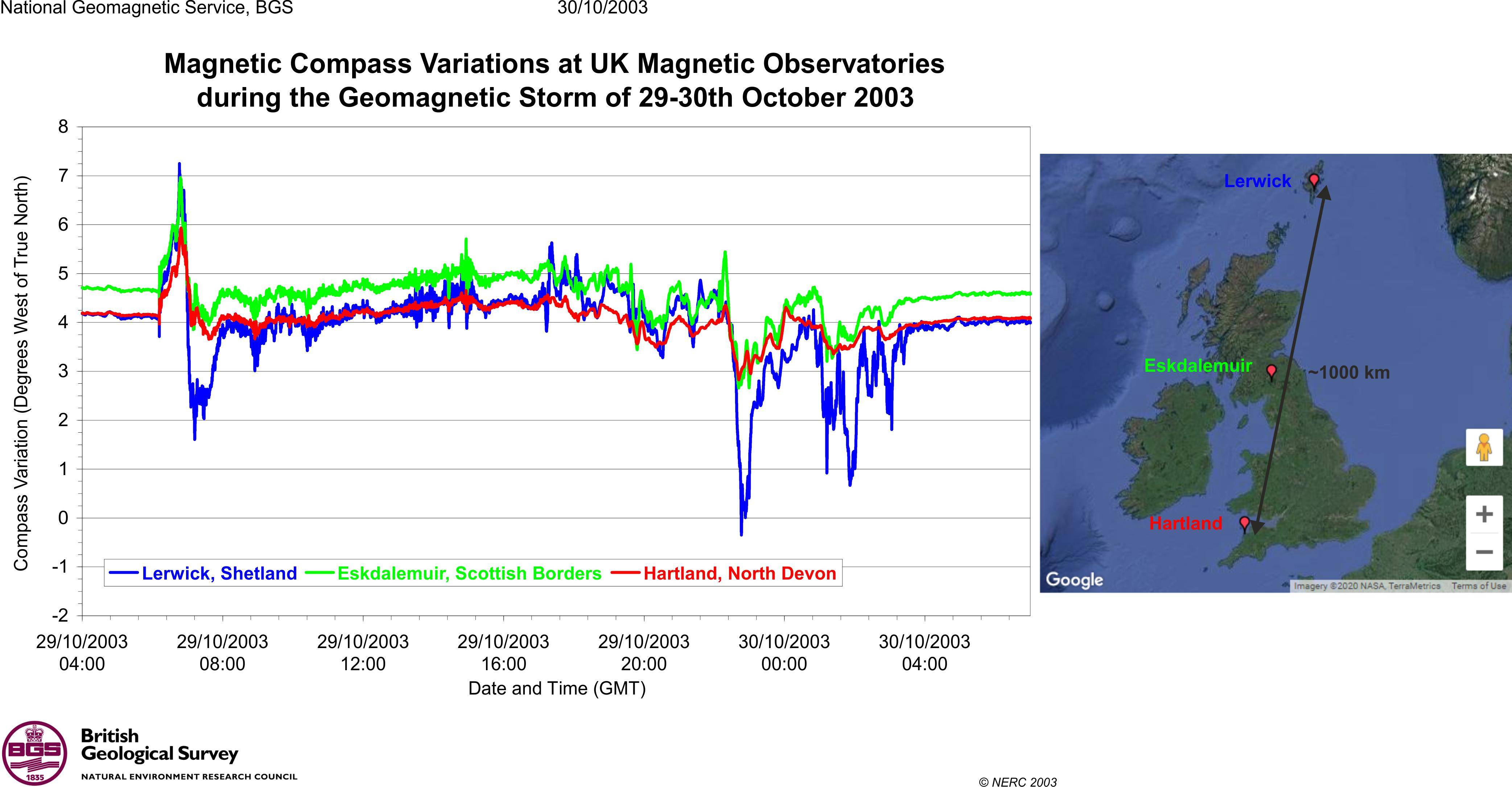 Not the answer you're looking for? Browse other questions tagged the-sun solar-flare flare or ask your own question.

2
How bad could we reasonably expect a solar flare to impact earth, and what can be done to mitigate the impact?
3
Can a solar flare destroy every electronic item on earth?

16
What is the largest recorded solar flare?
16
How do large solar flares compare to flares on other stars?
14
How can I safely observe a Solar Flare?
5
Spectra of electromagnetic radiation emitted during solar flare
10
Typical wavelength of solar flare
3
Can a solar flare destroy every electronic item on earth?
3
Is it possible for a solar flare in one star to influence the chances of a solar flare in another star?
5
What could be the cause of solar "campfires"?
2
Is it fair to describe a solar flare as a big lightning strike on the sun?