Can you tell me which star this is?

My daughter, age 2, looked up in the Ohio sky (we have very poor star-viewing compared to Arizona) and pointed at a light. She said "what is that". I said "that is a star, honey". She said "can you get it for me, I can't reach".

I have an app named skyview and I took a screenshot, but I lost the name. It was visible from Ohio at 9:27pm on the 5th of September; the image was nearly straight up. what its name was.

Here is the image: 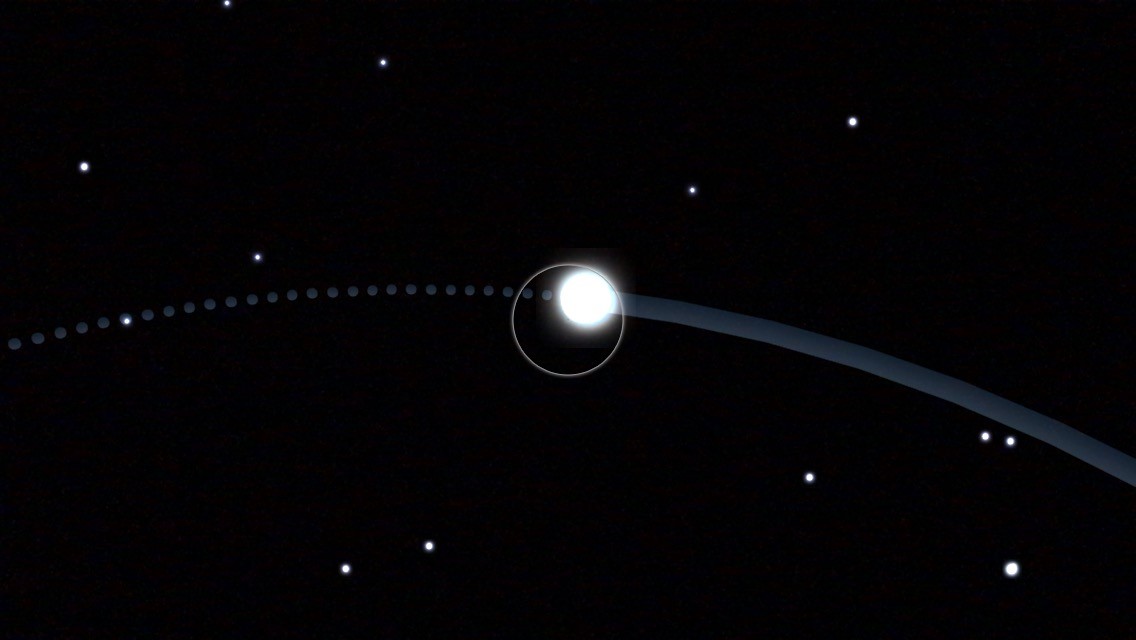 Update: I know what Jupiter is, and the skyview app shows it as a Voyager-style picture of the planet. I'm sure the star she wanted was not Jupiter. I do not remember

Here is what Jupiter looks like in the app. The background is my cubicle, not the night sky. 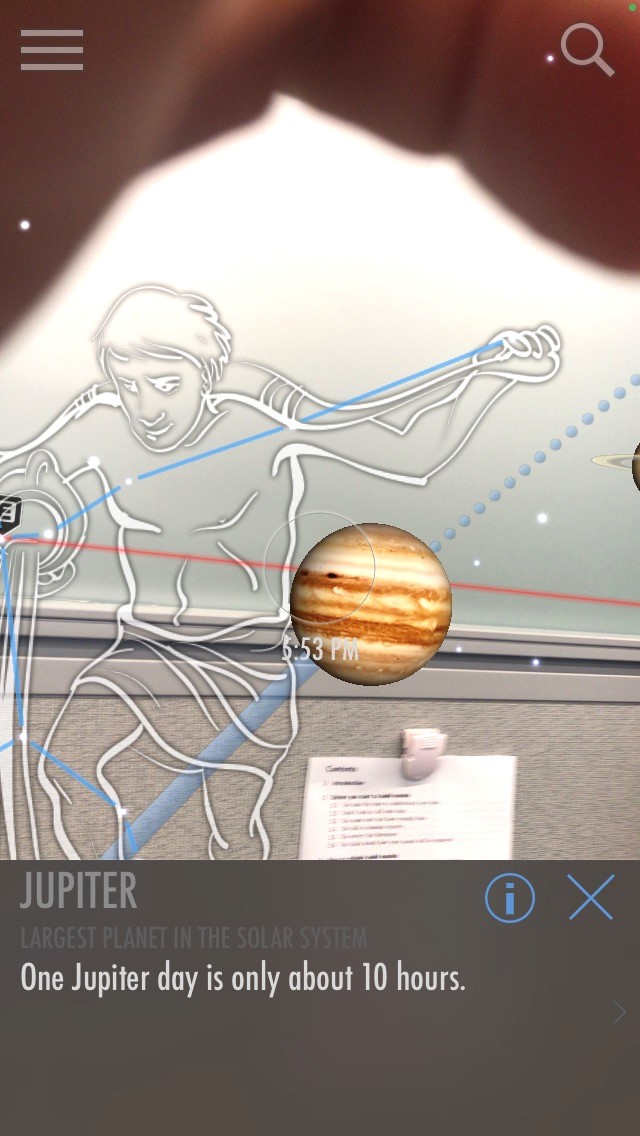 Question:
Can you help me determine which star it is?

I think it is Gliese, but I can't remember and I don't know with any confidence.

Extra credit: How do I give it to her. I'm thinking of getting it painted by an artist. If it has planets or is a multi-star system that would go well in a painting. Understanding some of the stellar dynamics would also be a help in making a reasonable rendering. Also, can you tell me any of the names of the decently capable artists who render quasi-realistic astronomic bodies that I might be able to ask to render this.

At that time and location it is only 5 degrees from the Zenith. It is a notably bright star, much brighter than any which are nearby.

Vega is a bright nearby star system. It isn't known to have planets, but is surrounded by a disk of dust and debris surrounding it. It spins rapidly, pulling it into an oblate shape. 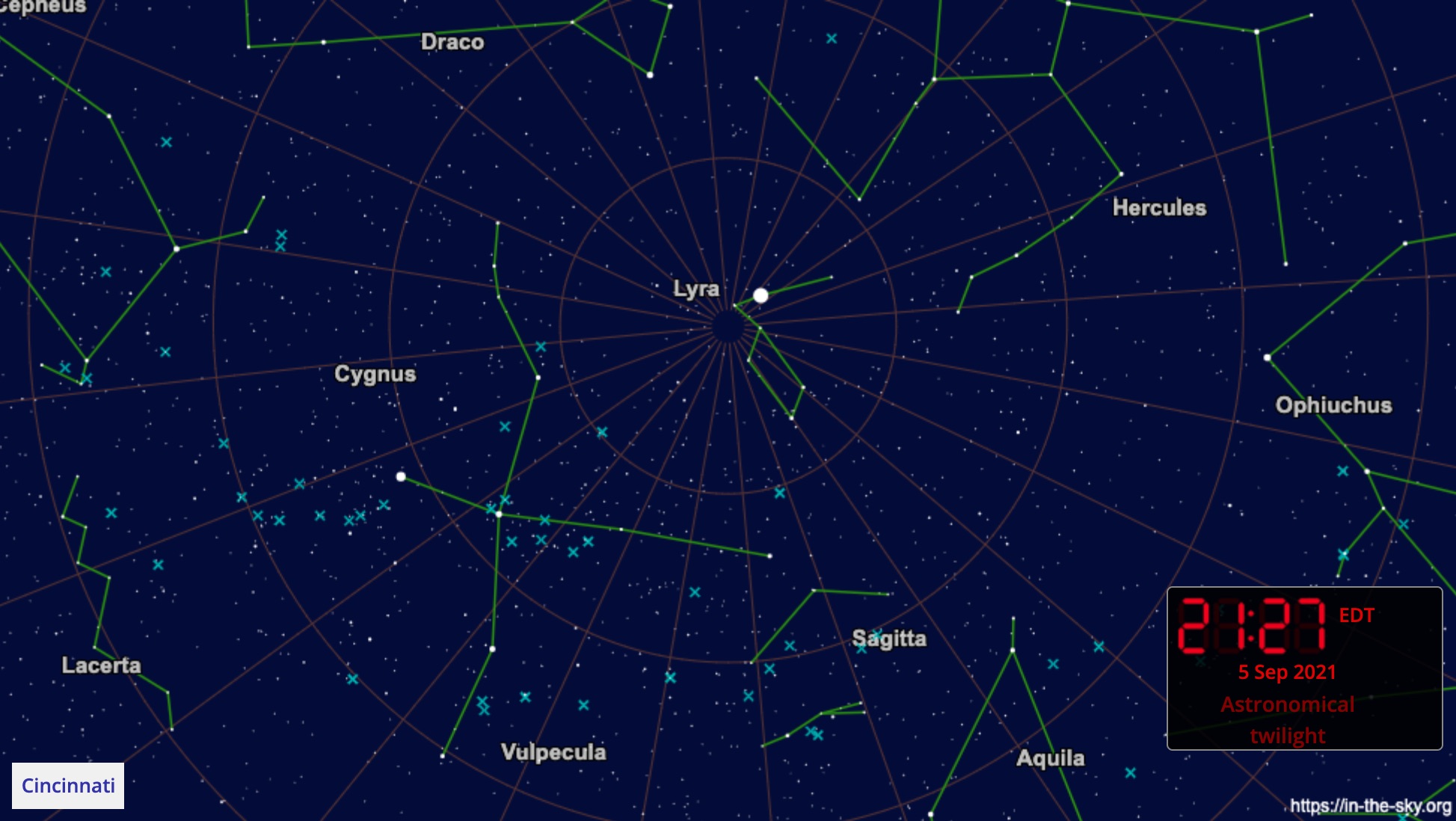 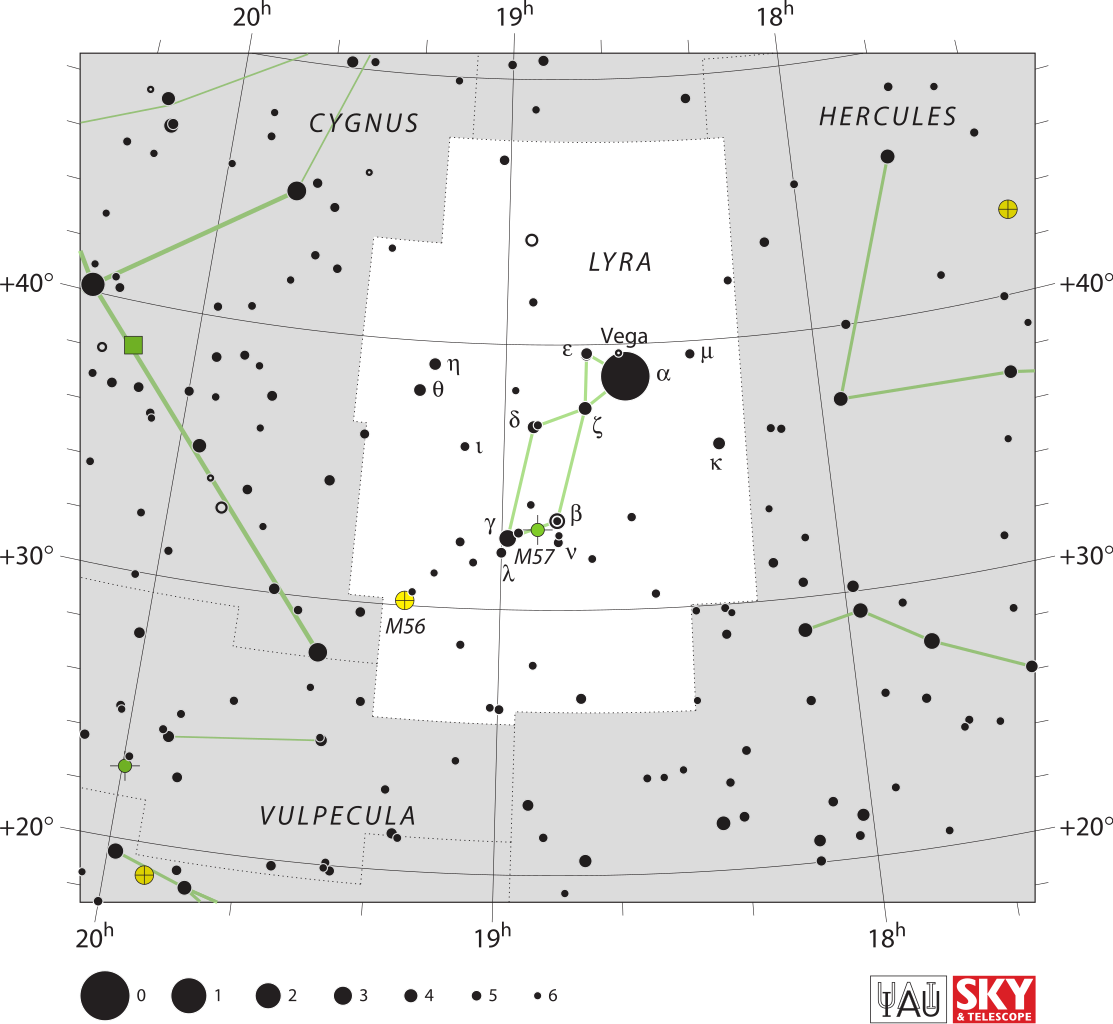 Not the answer you're looking for? Browse other questions tagged star amateur-observing identify-this-object or ask your own question.

10
Which planet or star is this?

3
How do you determine which star, between two, is more luminous?
1
Can you identify this planet seen in the night sky?
10
Which planet or star is this?
4
Which stars have I been seeing?
10
Which planet is this (if any)?
1
How can I id this celestial without data?
0
What is the bright star that never seems to move and sometimes the only star in sky?